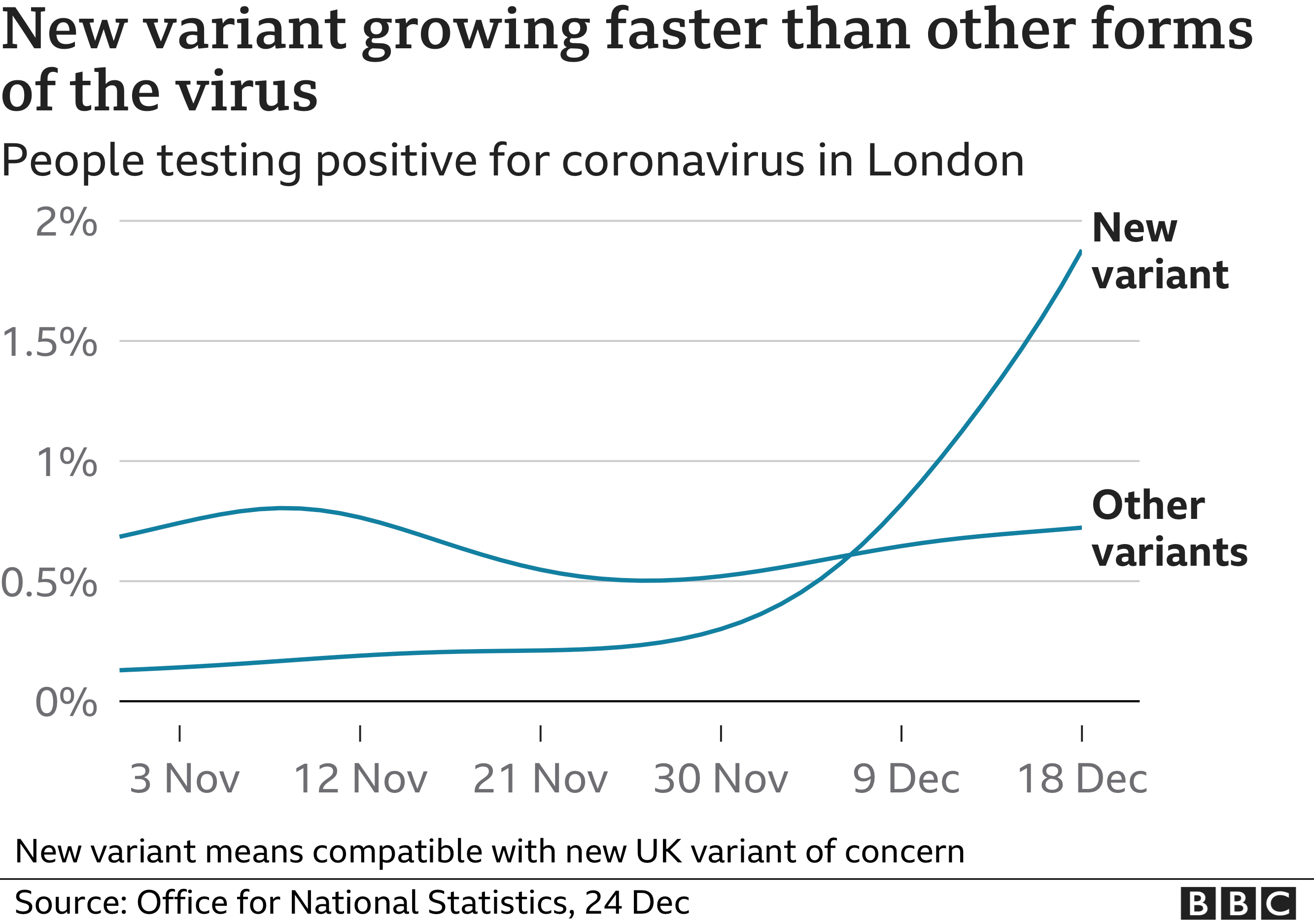 Publishedduration38 minutes agomedia captionMichael Gove: “Teachers have been working incredibly hard…in order to make sure that testing system is in place”Cabinet Office minister Michael Gove has said he is “confident” the staggered return to secondary schools in England can go ahead as planned.But Mr Gove said the issue was still being reviewed, amid concern over…

Cabinet Office minister Michael Gove has said he is “confident” the staggered return to secondary schools in England can go ahead as planned.

But Mr Gove said the issue was still being reviewed, amid concern over the spread of the new coronavirus variant.

Wales and Scotland have delayed or revised the start of the new term. Northern Ireland schools are due back next week.

Ministers have said exam year pupils in England would return as normal.

But the majority of secondary school pupils in England are due to begin the term studying remotely, to give head teachers time to implement a coronavirus testing programme for students and staff.

Mr Gove told BBC Radio 4’s Today programme he still expected Year 11 and Year 13 pupils to return in the first week of January, with the rest going back to the classroom later in the month.

“It is our intention to make sure we can get children back to school as early as possible,” he said.

He said that prioritising children’s attendance in school was “the right thing to do” but he acknowledged concerns about the new variant, which scientists believe may be more transmissible.

“We have a new strain and it is also the case that we have also had, albeit in a very limited way, Christmas mixing, so we do have to remain vigilant,” Mr Gove said.

“We are confident that we will be able to get schools back in good order. Our plan and our timetable is there, and we are working with teachers to deliver it.”

Mr Gove told BBC Breakfast the safe return to school would be built on an effective testing system, with teachers working “incredibly hard” to implement it.

Teachers’ union the NASUWT said schools have not been given enough time to prepare for mass testing – and that further guidance and support were needed for those in the highest tier areas.

How are the UK nations returning to school?

Schools in all the UK nations are remaining open for vulnerable children. England, Wales and Scotland have also committed to maintain face-to-face teaching for children of key workers.

The union has written to Education Secretary Gavin Williamson, calling for him to allow schools in the highest tier areas to teach online, except for vulnerable pupils and the children of key workers.

Mark Tilling, head teacher of High Tunstall College of Science in Hartlepool, told BBC Radio 4’s The World At One that he needed to train 21 staff to carry out the mass testing, which would take at least a week from the start of term.

He said: “The key issue for me is, is it safe to open if we can’t do mass testing? If it isn’t then the government need to make a decision that we can’t open.”

The National Education Union has also written to Mr Williamson and the prime minister, repeating its call for schools and colleges to teach classes online for at least the first two weeks of January.

Although there is no suggestion the new variant poses more of a threat to children’s health, scientists are investigating whether it spreads more easily in children.

Preliminary research by the London School of Hygiene and Tropical Medicine suggested that schools and universities might need to close on top of existing tier 4 restrictions to bring the new variant under control.

Labour’s shadow education secretary Kate Green said the government did not have a clear strategy and was not acting quickly enough.

“Parents will be extremely concerned that all they’re getting is rumour and innuendo. Teachers and school staff will need to know what is expected of them,” she said.

He said that while schools were an “absolute priority”, there would be a “trade-off” that could mean other parts of society had to stay closed.

The UK faced “continued pressures” from the spread of Covid-19 for at least the next two or three months, Sir Jeremy said.