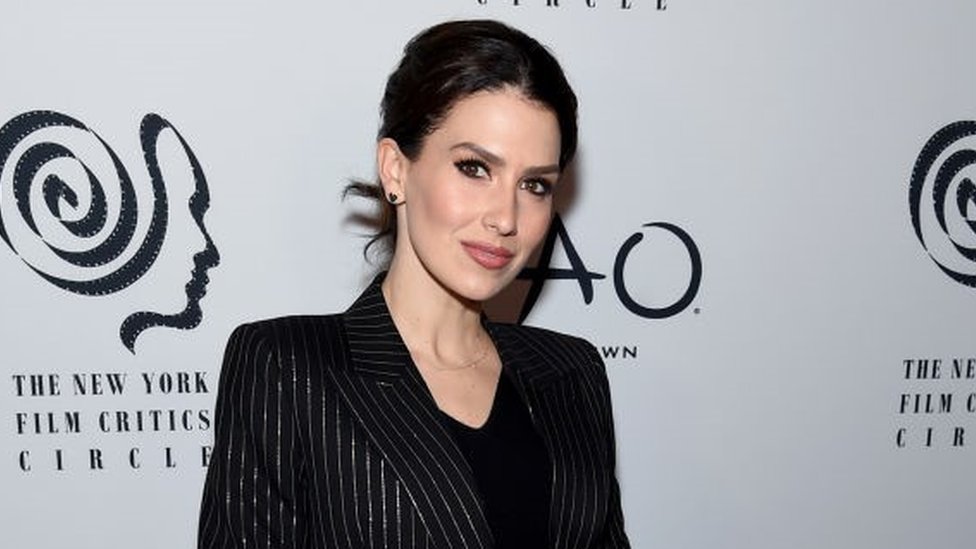 Publishedduration1 hour agoimage copyrightGetty Imagesimage captionThe podcaster has been accused of faking a Spanish accentHilaria Baldwin, podcaster and wife of actor Alec Baldwin, has responded to claims she misled the public about her Spanish heritage. Ms Baldwin, a popular yoga instructor, has been accused on social media of faking her Spanish accent.In a seven-minute video…

Hilaria Baldwin, podcaster and wife of actor Alec Baldwin, has responded to claims she misled the public about her Spanish heritage.

Ms Baldwin, a popular yoga instructor, has been accused on social media of faking her Spanish accent.

In a seven-minute video on Instagram, Ms Baldwin said she was born in Boston but was partly raised in Spain.

However, her management’s biography of her states that she was born on the Spanish island of Mallorca.

She also previously claimed in an interview that she did not move to the United States until she was 19 to attend university in New York.

“I’ve seen chatter online questioning my identity and culture,” Ms Baldwin wrote. “This is something I take very seriously, and for those who are asking – I’ll reiterate my story, as I’ve done many times before.

“I was born in Boston and grew up spending time with my family between Massachusetts and Spain. My parents and sibling live in Spain and I chose to live here, in the USA. We celebrate both cultures in our home – Alec and I are raising our children bilingual, just as I was raised.”

Ms Baldwin explained that her accent can change because she regularly switches between Spanish and English, adding that she mixes the two when she gets “nervous or upset”.

She said in the video that she had grown up using the name Hillary in the US and Hilaria in Spain, before later “consolidating” under Hilaria.

Suspicions started to rise after claims about her heritage went viral on social media. A video of Ms Baldwin asking how to say cucumber in English has also been widely shared.

People claiming to be former classmates of Ms Baldwin in Boston then disputed her Spanish accent. “I went to [high school] with Hillary Hayward Thomas in Boston and she had no accent, was archetypal northeastern prep schooler,” wrote David Golan on Twitter.

Her husband posted a video, appearing to defend her but not by name. “We live in a world now where we’re hidden behind the anonymity of social media,” Mr Baldwin said.

Ireland Baldwin has also leapt to her stepmother’s defence.

“It’s so pathetic that anyone would want to play detective, and dig that deep into someone’s life that they don’t know, don’t know anything about, how they were raised, who they were actually raised by,” she said on Instagram.