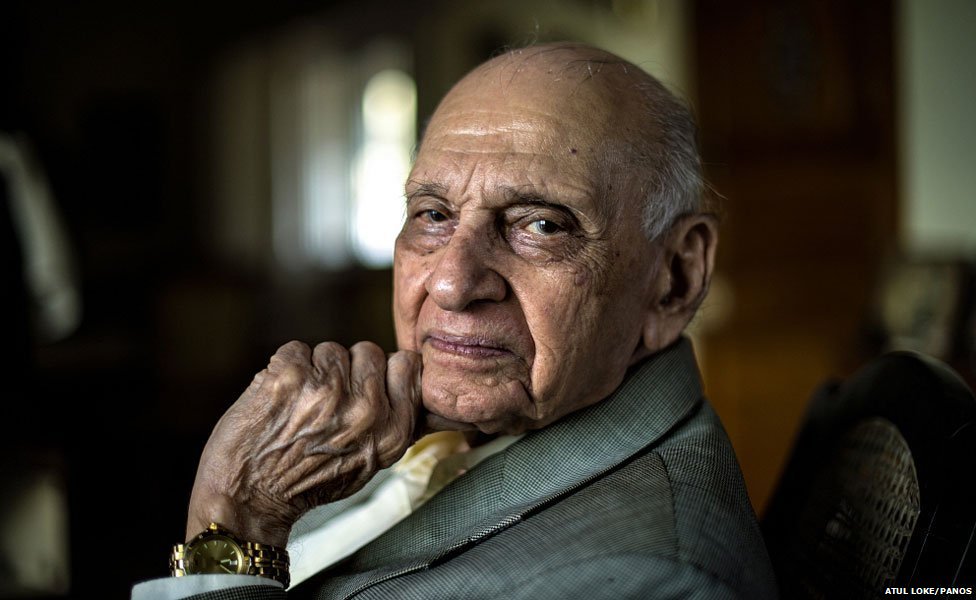 Publishedduration8 hours agoimage copyrightAtul Loke/Panosimage captionDr Watsa often replied to readers’ queries on sex with wit and clarityAn Indian sexologist, whose candid newspaper column made him an urban legend of sorts, has died aged 96.Dr Mahinder Watsa, a trained obstetrician-gynaecologist, wrote his famous “Ask the Sexpert” column for more than ten years.He responded to the…

An Indian sexologist, whose candid newspaper column made him an urban legend of sorts, has died aged 96.

He responded to the anxious queries of thousands of Indians, advising them with both with wit and clarity.

An official statement by his children said that “he [Dr Watsa] lived a glorious life and on his terms.”

It is unclear if he was suffering from any illness at the time of his death.

Dr Watsa was 80 when he began writing the now-famous daily sex advice column in the Mumbai Mirror newspaper. It quickly drew both interest and censure given that sex is still a taboo subject in most Indian households.

She said she had to deal with accusations of obscenity, lawsuits and hate mail, but she feels the benefits of running the column far outweighed any of the troubles the paper went through.

“In the Mirror alone, he [Dr Watsa] would have answered 20,000 readers’ queries. Through his career as a sex counsellor, it would be over 40,000. This excludes the patients whose lives he has touched more intimately,” Ms Baghel wrote in a profile of Dr Watsa.

Dr Watsa was first asked to write a Dear Doctor column in the 1960s by a woman’s magazine. He was in his late 30s.

“I didn’t have much experience, I must confess,” he told the BBC in an interview in 2014.

He soon realised that many of the problems that readers wrote to him about stemmed from a lack of sex education. So he set off on a life-long mission to provide it, first through the Family Planning Association of India (FPAI) and later through his own organisation, the Council of Sex Education and Parenthood International, (CSEPI).

In 1974, when Watsa was working as a consultant to FPA India he persuaded them to introduce a programme of sexual counselling and education. At the time, talking about sex was a great taboo – many felt his suggestion was pornographic, whereas health professionals felt it was “unscientific”.

However the FPAI supported him and set up India’s first sex education, counselling and therapy centre.

While he was at medical college in Mumbai, Dr Watsa stayed with a big extended family his parents knew – that’s where he met his wife, Promila. She was originally from Sindh, he was Punjabi, and they were from different castes.

They had a son and lived in the UK for a couple of years, where Watsa worked as a hospital houseman and registrar.

They were happy in the UK but when his father – an army doctor – fell ill, they returned to India, where he worked as a medical officer with Glaxo, as well as running a practice as gynaecologist and obstetrician. “Sometimes I delivered babies all night and then would go to work all day,” he told the BBC.

“Sex is a joyful thing, but a number of writers tend to become rather medical and serious,” he said.

He, however, preferred to tackle readers’ concerns and curiosities with humour and compassion.

Q: Two days ago, I had unprotected sex with my girlfriend. To prevent pregnancy, we bought an i-Pill. [emergency contraceptive] But in the heat of the moment I popped it instead of her. Can it cause any complications for me?

A: Next time round please use a condom and make sure you don’t swallow that too.

Q: I have heard that any kind of acidic substance can prevent pregnancy. Can I pour some drops of lemon or orange juice in my girlfriend’s vagina after the intercourse? Will it harm her?

A: Are you a bhel puri [snack] vendor? Where did you get this weird idea from? There are many other safe and easy methods of birth control. You can consider using a condom.

Q: After having sex four times a day, I feel weak the next day. For about five minutes, my vision goes blank and I can’t see anything properly. Please help.

A: What do you expect? Shouts of hurray and I am a champion all over town?

Q: I have a small penis and I can’t seem to satisfy my girlfriend. My astrologer has advised me to pull it every day for 15 minutes while reciting a shloka [prayer]. I have been doing this for a month but it hasn’t helped. What should I do?

A: If he was right, most men would have a penis hitting their knees. God doesn’t help gullible, foolish men. Go visit a sexpert instead who can teach you the art of making love.

Q: My family is demanding that I get married. How can I ascertain if the girl is a virgin?

A: I suggest you don’t get married. Unless you appoint detectives, there is no way to find out. Spare any poor girl of your suspicious mind.