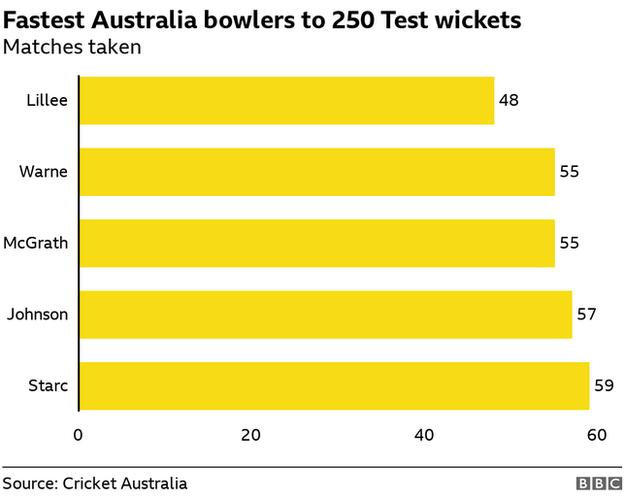 Rahane, leading with Virat Kohli absent for the birth of his first child, compiled 104 not out from 200 balls.

Rahane was dropped on 73 and again on 104 on a frustrating day for Australia who spilled a further two chances.

Pat Cummins took two quick wickets in the morning session, having both debutant Shubman Gill (45) and Cheteshwar Pujara (17) caught behind.

India were 64-3 but Rahane battled through conditions in the bowlers’ favour, batting patiently before increasing his scoring rate late in the day against the second new ball.

The 32-year-old put on 52 with Hanuma Vihari, 57 with Rishabh Pant and found an excellent partner in all-rounder Jadeja, who ended the day 40 not out.

There has already been enough assistance for both the seamers and spinners to suggest India will be strong favourites should they extend their lead beyond 100 on day three, as they bid to level the four-Test series at 1-1.

From calamity to century – Rahane’s turnaround

‘One of the great Test innings’

Rahane rode his luck at times in a knock that was full of his determined character.

He edged between Australia wicketkeeper Tim Paine and a wide first slip on 61, and then on 73 an edge burst through Steve Smith’s hands at second slip. And on the final ball of the day before rain Travis Head spilled a far easier chance running in from point.

Speaking on ABC Grandstand, former Australia international Kristen Beams described it as “one of the great Test innings”.

It was the first century in this much-anticipated series, which has so far been dominated by the bowlers.

“This hasn’t been a flat track that is easy for batting,” Beams said.

“We have nearly lost our appreciation for gritty innings but that has been as good a Test innings as you are going to see.”

Ex-Australia fast bowler Merv Hughes described the innings as “outstanding”, while spinner Nathan Lyon, who picked up the wicket of Vihari, said it was “pretty impressive”.

And Rahane, who has won his previous two Tests as stand-in captain, was also praised by his skipper Kohli, who was watching on back in India…

Lyon criticised Australia’s fielding effort at the close, describing the performance as a whole as a “pretty frustrating day”.

As well as the drops of Rahane, all-rounder Cameron Green put down a sharp chance in the gully offered by Pant and keeper Paine could not hold on to a difficult diving effort early on when Gill was on 28, although he did take a fine one-handed catch to dismiss Pujara.

“We have created chances but it is not like this Australian fielding team,” Lyon told ABC. “We dropped way too many chances.

“No-one means to drop them. We will have to bat well in our second dig but we have to get five wickets first.”

One positive for Australia came when Mitchell Starc claimed his 250th Test wicket by seeing off Pant. The left-armer became the fifth-fastest Australian to the landmark.