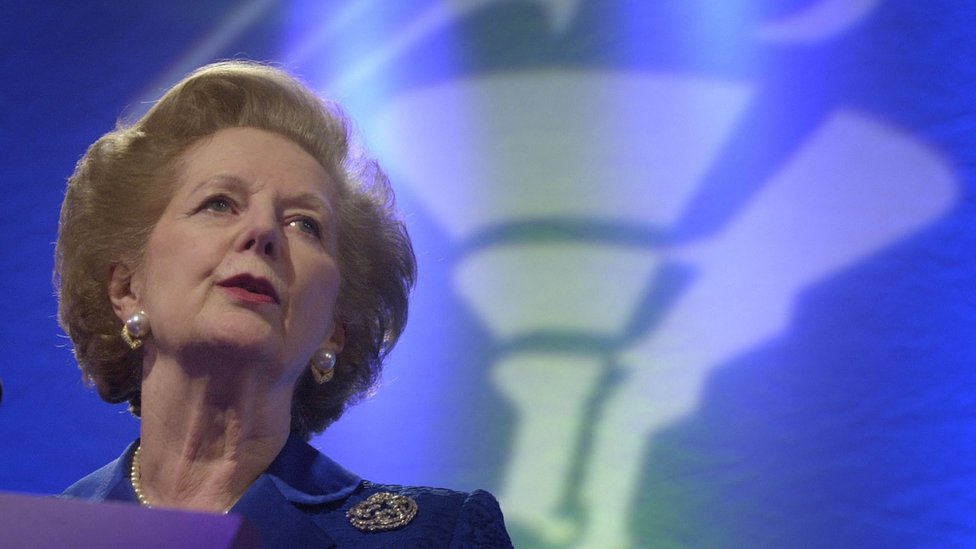 Publishedduration1 hour agoMore evidence of Margaret Thatcher’s disdain for Europe in the final days of her premiership has been revealed in newly released government archives.Notes from 1990 show the former prime minister described plans for a single European currency as a “rush of blood to the head”.She also called for the European Commission to be…

More evidence of Margaret Thatcher’s disdain for Europe in the final days of her premiership has been revealed in newly released government archives.

Notes from 1990 show the former prime minister described plans for a single European currency as a “rush of blood to the head”.

She also called for the European Commission to be turned into a professional civil service.

It comes days before the UK starts a new trade relationship with the EU.

Baroness Thatcher, the longest-serving British prime minister of the 20th century, hit out at the “politburo” in Brussels and vowed not to be dictated to, during talks with her Irish counterpart, Charles Haughey.

The then-Tory premier likened giving away powers of taxation to gifting sovereignty to Europe, Dublin archives from 1990 show.

It was over the issue of Europe, and the divisions it caused in the Conservative Party, that led to her being ousted from Downing Street.

An Irish Government note recorded that Mrs Thatcher said: “In talking of a single currency, Delors must have had a rush of blood to the head.

“We are not going to have a single currency.”

Jacques Delors – who Baroness Thatcher also referred to as a “mere appointee” in the notes – was the president of the European Commission and played a key role in the design of the euro and creation of the single market.

Baroness Thatcher wanted to turn the commission into a professional civil service, without the power of initiative, whose job would be to service the Council of Ministers – which represents national governments in Europe.

“The days of appointed commissioners must be numbered,” she said. “We must give power to the Council of Ministers.

“I am not handing over authority to a non-elected bureaucracy.”

Baroness Thatcher also said she was getting “completely fed up of the European community trying to tie us up with bureaucratic regulations”.

At the time, Soviet Union control over eastern Europe was collapsing, leading Baroness Thatcher to say: “We are trying to get eastern Europe to accept democratic standards and here we are recreating our own politburo.”

She said while the commission had been necessary “to start off” it was a “totally non-democratic power structure now”.

Baroness Thatcher also objected to the idea of a European police force, the papers show.

It was the issue of Europe which eventually brought an end to Baroness Thatcher’s 11-year term as prime minister in 1990 after she hit out at her European counterparts leading to a rebellion in her cabinet.

Sir John Major was elected as her successor and she stood down as an MP in 1992.

She was later elevated to the peerage as Baroness Thatcher, of Kesteven in the County of Lincolnshire, in 1995.

In the UK certain government documents are made available to the public 30 years after they were created.