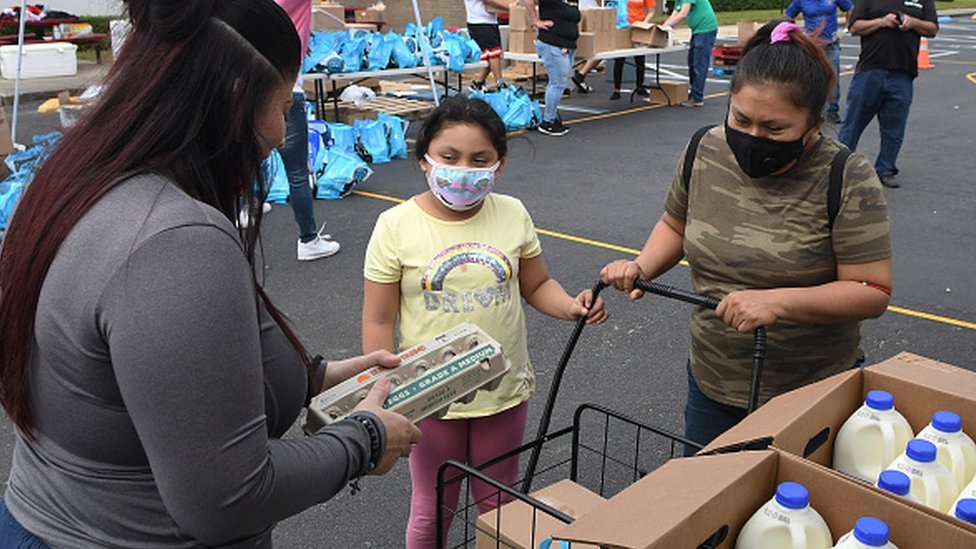 Publishedduration34 minutes agomedia captionTrump asked Congress to amend the Covid aid bill earlier this weekUS President-elect Joe Biden has warned of “devastating consequences” if President Donald Trump continues to delay signing a Covid-19 economic relief bill into law.Unemployment benefits and a ban on evictions will be affected unless the bill is signed by the end…

Unemployment benefits and a ban on evictions will be affected unless the bill is signed by the end of Saturday.

The package worth $900bn (£665bn) was approved by Congress after months of difficult negotiations and compromises.

The bill includes the payment of $600 to Americans earning less than $75,000 a year. Mr Trump says he wants Americans to receive $2,000 but Republicans in Congress have refused to agree to the change.

The coronavirus economic relief comes with a $1.4tn federal budget attached. A partial government shutdown will begin on Tuesday unless legislators pass a stopgap bill before then – but this would not include coronavirus aid and Mr Trump would still have to sign it.

About 14 million Americans would be affected by a lapse in unemployment benefit payments and new stimulus cheques.

He praised the example of members of Congress in compromising and reaching a bipartisan agreement, adding: “President Trump should join them, and make sure millions of Americans can put food on the table and keep a roof over their heads in this holiday season.”

What has Trump said about the bill?

On Twitter, the president reiterated his objection to the bill, saying: “I simply want to get our great people $2000, rather than the measly $600 that is now in the bill.”

The coronavirus aid relief bill – with the larger budget bill rolled in – overwhelmingly passed the House of Representatives and Senate on Monday but, a day later, Mr Trump issued an implied veto threat, describing the package as a “disgrace” full of “wasteful” items.