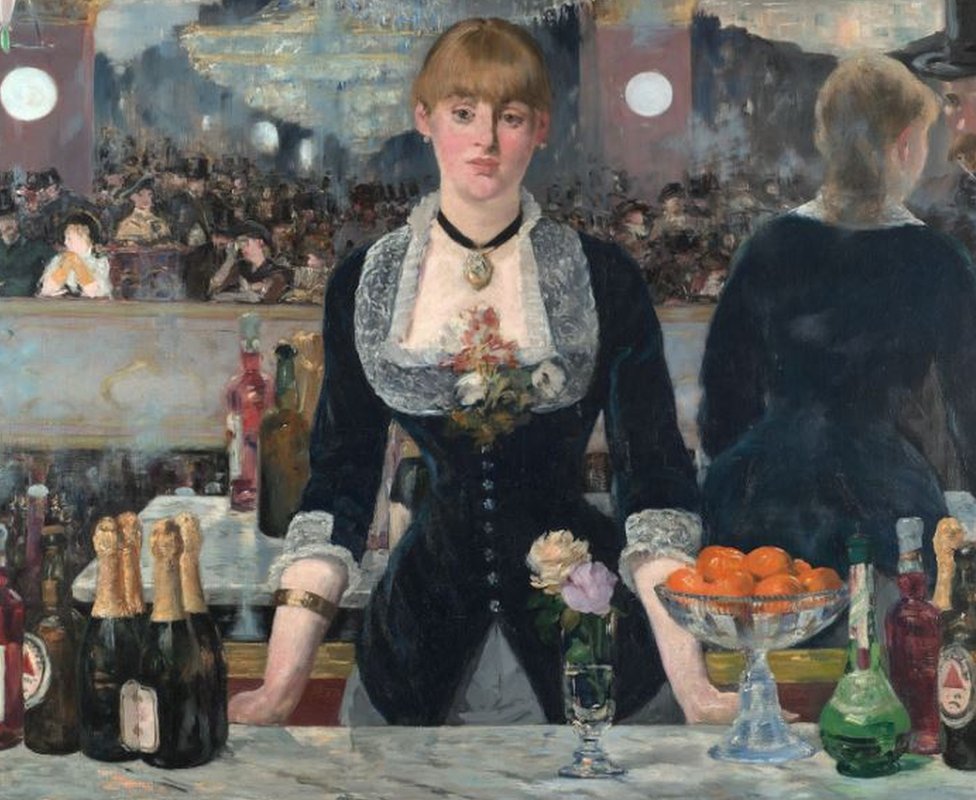 By Will GompertzArts editorPublishedduration2 hours agoimage copyrightGetty Imagesimage captionRestoration of Tutankhamun’s throne which will be on display along with the rest of the king’s collection at the Grand Egyptian MuseumIf this 2021 art preview stirs within you a strange feeling of déjà vu, do not be alarmed. You are not having an extra-sensory experience, merely…

If this 2021 art preview stirs within you a strange feeling of déjà vu, do not be alarmed. You are not having an extra-sensory experience, merely proving yourself to be a loyal reader.

This time last year I was enthusiastically recommending you look forward to the opening of the Academy Museum in Los Angeles, the ninth edition of Artes Mundi in Cardiff, and the long-awaited launch of the Grand Egyptian Museum in Giza near Cairo.

I made no mention of the imminent pandemic, which caused the postponement of all three events. And so, once again, I enthusiastically recommend…

The opening of the Academy Museum of Motion Pictures is due to happen at the end of September in LA. It is a funky-looking institution dedicated to the art and science of movie-making that is finally becoming a reality in Tinsel Town, the spiritual home of the art form.

Artes Mundi has established itself as the pre-eminent art prize in the UK, bringing an international rigour and scope that is missing from the ageing Turner Prize – a one-time guide to the zeitgeist, which now feels like Lewis Hamilton’s tyres at the end of a hard race: worn out and off the pace.

Not so Artes Mundi 2021, which opens across three venues in Cardiff in February, with a stellar list of artists from across the globe vying for a prize that has been won in the past by Theaster Gates and Teresa Margolles.

The Grand Egyptian Museum is another project that’s been waiting in the wings for ages before making its long-heralded appearance on the public stage. All being well, that will happen at some point in the second half of the year, when the self-proclaimed home of “the world’s greatest ancient treasures” – including Tutankhamun’s world-famous burial artefacts – will finally open having been delayed more times than the 7:21am train to Reading.

London has its usual array of eye-catching openings and exhibitions, not least the return of a fully refurbished Courtauld gallery late in 2021. It was close to perfect before the makeover, so expectations will be high to see what more it could do with its exquisite collection of Impressionist, post-impressionist and Barque paintings.

It’ll be a very warm welcome back to Édouard Manet’s Un Bar Aux Folies-Bergère, Vincent Van Gogh’s Self-Portrait with a Bandaged Ear, and the most wonderful collection of Cézanne paintings in the UK.

Meanwhile, on the south side of the Thames at Tate Modern, crowds will be forming a socially-distanced queue to step into one of Yayoi Kusama’s Infinity Mirror Rooms.

I know things are a little uncertain at the moment, but my tip would be to book your spot sooner rather than later for a show that is due to open 29 March.

Staying with the world’s most popular museum of modern art, it is worth noting Lubaina Himid, the Turner Prize-winning artist, is the subject of a monographic show from 25 November. Expect theatre and politics.

Over at the National Gallery – which has been on excellent form of late – you can embark on Dürer’s Journeys: Travels of a Renaissance Artist from 6 March to 13 June, taking in his inspirational visits to the Alps, Venice and the Netherlands.

If the master of the northern renaissance is a bit old school for you, why not give the Liverpool Biennial (20 March to 6 June) a try? It is the largest contemporary art festival in the UK and always has unexpected treats to discover and enjoy.

And while we’re on the subject of contemporary art, hop across the water from Liverpool to visit the splendid Ulster Museum, which nestles in Belfast’s beautiful Botanic Gardens. From 30 April it will be presenting a career retrospective of Willie Doherty, the two-time Turner Prize-nominee who remains one of the most thought-provoking artists of his generation.

The V&A presents two shows that look unmissable. The first is at the fabulous V&A Dundee (worth a visit for Kengo Kuma’s building alone), which brings us, Night Fever: Designing Club Culture (27 March to 5 September).

The show is described as the first large-scale examination of the relationship between club culture and design, charting the evolution of nightclubs from the 1960s to today. The wearing of a Travolta-esque white suit with flared trousers is purely voluntary.

Meanwhile the V&A in London has what might well be the show of the year. Epic Iran opens on 13 February with more than 300 objects spanning 5,000 years, from the country’s pre-Persian roots to today’s Islamic Republic. The British Museum is loaning its circa-2,500-year-old Cyrus Cylinder, a vessel on which an ancient proclamation of human rights was written in Babylonian cuneiform.

Meanwhile, National Museums Scotland (NMS) is dusting off its stellar collection of typewriters for an exhibition called The Typewriter Revolution (28 May to 26 September), which will explore the creative, social and political impact of the communications machine.

There will be starring roles for Olivetti’s famous red Valentine (1969) designed by Ettore Sottsass, alongside an 1875 Scholes & Glidden typewriter, the first to have a QWERTY keyboard, which is a gorgeous thing to behold.

It came over 40 years too late for Sir Walter Scott, whose 250th birthday NMS will be celebrating with a free exhibition of the objects and books that inspired the great author. Alternatively, take a trip to his old home in Abbotsford, which is a jewel among the nation’s many visitor attractions.

Last, but definitely not least, is Coventry City of Culture, a year-long celebration of arts and creativity that kicks off in May with Coventry Moves, a city-wide event being made with local people on an impressive scale.

Other highlights include a three-day musical festival in July curated by Terry Hall, the Coventry-born lead singer of The Specials, and Faith – a 24-hour theatrical event co-produced with the Royal Shakespeare Company in September.

Given the pandemic, it is essential to double-check dates on the exhibitions and art events mentioned above. They are but a handful of the thousands taking place in 2021, in what promises to be a flowering of creativity and beauty celebrating human ingenuity and optimism.