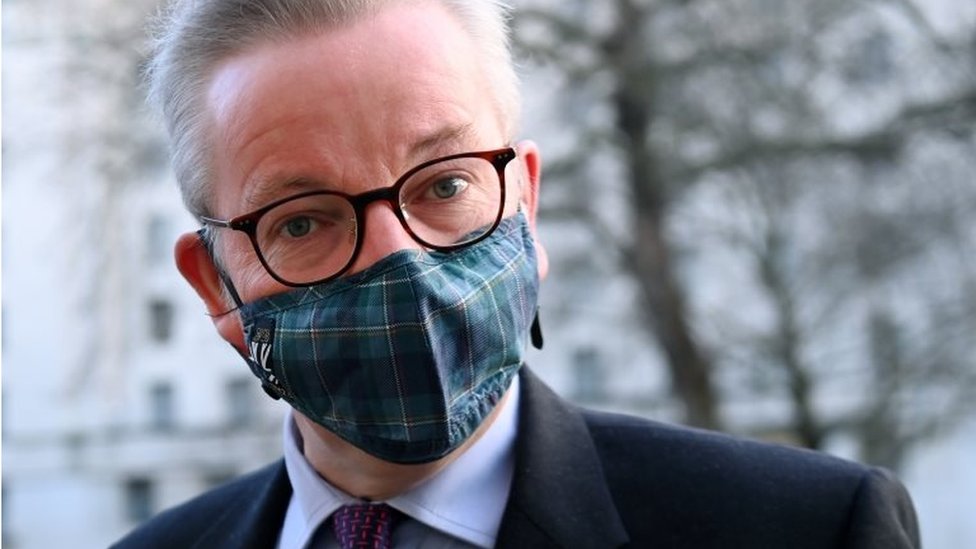 Publishedduration2 hours agoimage copyrightEPAimage captionMichael Gove said he has seen “seen old friendships crumble” since the Brexit voteThe UK and EU will be able to enjoy a “special relationship” as a result of the post-Brexit trade deal, Cabinet Secretary Michael Gove has said.Writing in the Times, Mr Gove said he hoped the agreement will also…

The UK and EU will be able to enjoy a “special relationship” as a result of the post-Brexit trade deal, Cabinet Secretary Michael Gove has said.

Writing in the Times, Mr Gove said he hoped the agreement will also see politics move away from the bitterness surrounding the 2016 referendum.

He wrote: “We can now embark on a new, more hopeful, chapter in our history.”

It comes as EU ambassadors received a Christmas Day briefing on the trade deal from EU negotiator Michel Barnier.

Mr Barnier updated them on the agreement, which was reached on Christmas Eve after months of fraught talks on issues such as fishing rights and business rules.

MPs will vote on the deal in Parliament on 30 December, with the UK set to exit existing trading rules on 31 December.

Writing in the Times newspaper, Mr Gove, who was a leading campaigner for the Brexit vote in the 2016 referendum, said he “won’t deny it’s been difficult” for many people since then.

“Friendships have been strained, families were divided and our politics has been rancorous and, at times, ugly. Through the past four years, as a politician at the centre of this debate, I’ve made more than my share of mistakes or misjudgements, seen old friendships crumble and those closest to me have to endure pressures they never anticipated.”

He said he had felt “conscious of a responsibility” to deliver Brexit, adding: “I asked people to vote Leave so they could have their voices heard.”

Mr Gove said the deal would give UK businesses “certainty and the ability to plan for growth and investment”.

“We can develop a new pattern of friendly co-operation with the EU, a special relationship if you will, between sovereign equals,” he added.

“The greatest prize, however, is the chance now to renew our country and help it to recover from the ravages of the Covid-19 pandemic in a spirit of shared endeavour and solidarity. We have a duty to spread opportunity more equally across the UK. Outside the EU, with a good trade deal in place, we can tackle the injustices and inequalities that have held Britain back.”

The 1,246-page post-Brexit document, which includes about 800 pages of annexes and footnotes, has been seen by the BBC. A 34-page summary of the deal has been published on the UK government’s website, but not the complete text.

Prime Minister Boris Johnson said the deal will “give certainty to business, travellers, and all investors in our country”.

European Commission President Ursula von der Leyen described the agreement as “fair” and “balanced”, saying it was now “time to turn the page and look to the future”.

The European Parliament needs to ratify the deal, which will define the future relationship for decades, but it is unlikely to do so until the new year.

Labour leader Sir Keir Starmer – who campaigned against Brexit – said the deal did not provide adequate protections for jobs, manufacturing, financial services or workplace rights and was “not the deal the government promised”.

But with no time left to renegotiate, the only choice was between “this deal or no deal,” he added.