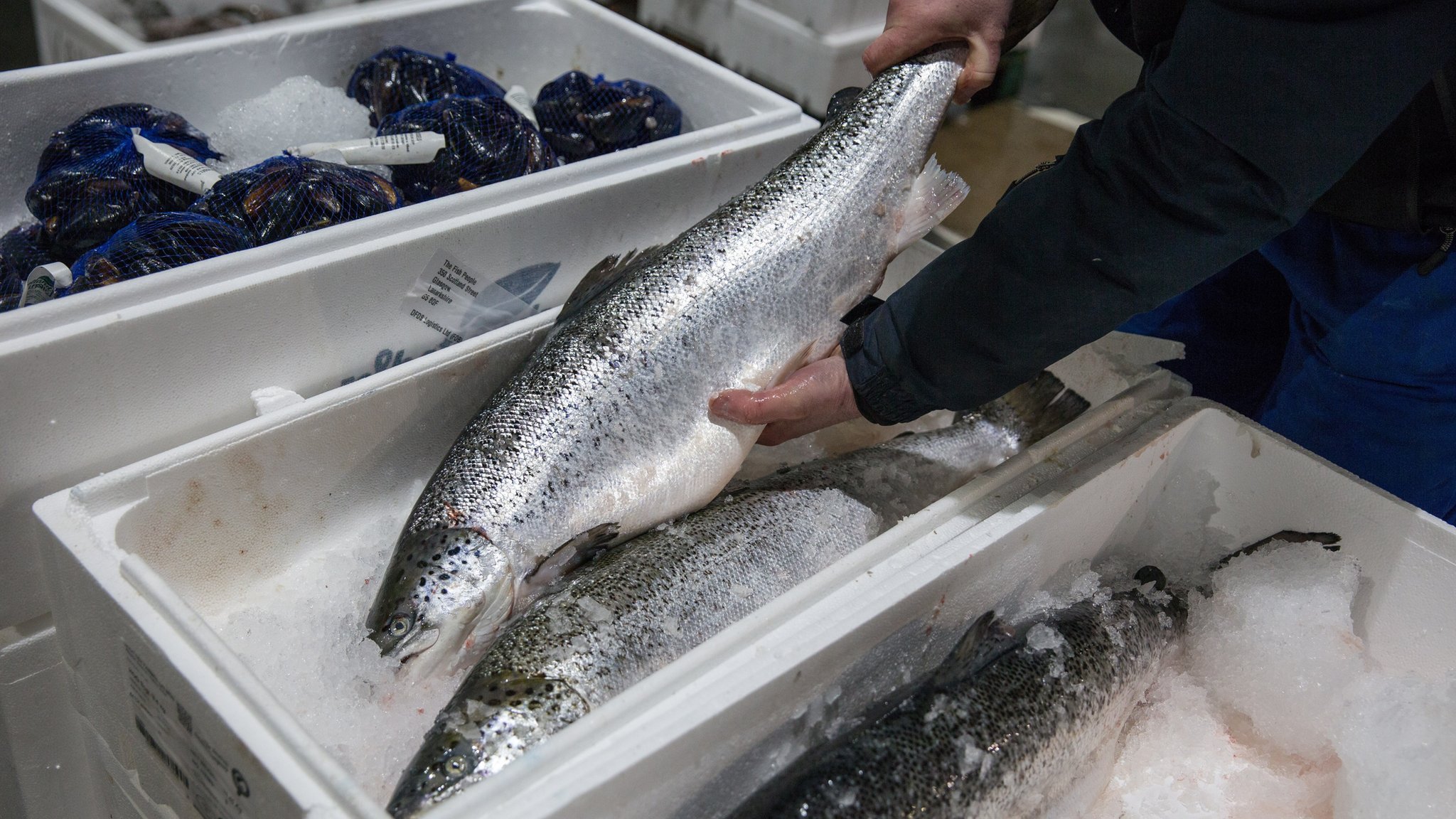 By Chris MorrisReality Check correspondent, BBC NewsPublishedduration38 minutes agoimage copyrightGetty ImagesA post-Brexit agreement on trade and other issues has been agreed, just a week before the new era in relations between the UK and the EU was due to begin. It should avoid the disruption of a no-deal Brexit in the middle of the Covid…

A post-Brexit agreement on trade and other issues has been agreed, just a week before the new era in relations between the UK and the EU was due to begin.

It should avoid the disruption of a no-deal Brexit in the middle of the Covid pandemic, but the details have not yet been revealed.

Expect hundreds of pages of dense legal text (which we will read but it will take some time to go through).

A deal of this significance raises a host of questions about how the relationship will operate in the future. Here are 10 questions we’ll be trying to answer:

One of the most difficult issues in the negotiations: How many fish will EU boats be able to catch in UK waters in future, and how long will any transition period last before new measures come into full force? Officials involved in the negotiations say the UK initially wanted an 80% cut in the value of the fish caught by EU boats in UK waters, while the EU initially proposed an 18% cut. Who has given more ground?

What will the rules on fair competition look like, to ensure that businesses on one side don’t gain an unfair advantage over their competitors on the other? The definition of what constitutes reasonable levels of state aid, or financial subsidies for business, will be important.

This will be the subject of years of negotiations to come. How will the deal actually be enforced if either side breaks any of the terms and conditions? If the UK chooses to move away more radically from EU rules in the future, how quickly can the EU respond? Will it have the ability to impose tariffs (or taxes on UK exports) in one area (for example on cars) in response to a breach of the agreement in another (fish, for example)?

The EU’s highest court will remain the ultimate arbiter of European law. But the UK government has said the direct jurisdiction of the ECJ in Britain will come to an end. So, will the European court play any role in overseeing the future relationship agreement?

What will the rules be for British people who want to travel to the EU from 1 January 2021? We already know many of the details but will there be any additional agreements on things like social security or vehicle insurance? And will there be any detail on any arrangement to replace the European Health Insurance Card (EHIC), which will stop being valid for most British nationals.

The trade agreement is primarily about the rules for goods crossing borders. It will say far less about the trade in services. Is there going to be a separate statement from the EU which will recognise UK rules governing financial services as roughly “equivalent” to EU rules? That would make it much easier for UK firms which export services to continue doing business in the EU market.

This is a really important issue. What will the data protection rules be for UK companies that deal with data from the EU? Again, the UK is hoping the EU will issue a separate decision recognising UK rules as “equivalent” to its own, but the detail will need to be scrutinised carefully.

We know there will be more bureaucracy and delays at borders in the future, for companies trading between the UK and the EU. But will the two sides agree any measures to make things a little easier? There’s something called “mutual recognition of conformity assessment” which would mean checks on products standards would not need to be nearly as intrusive as they otherwise might be.

A lot of people, from accountants to chefs, work in different EU countries and didn’t have to worry about crossing borders multiple times while the UK was part of the EU. But will UK professional qualifications be recognised across the EU in the future, and what restrictions will there be?

It’s not just about trade. The UK will lose automatic and immediate access to a variety of EU databases which the police use every day – covering things such as criminal records, fingerprints and wanted persons. So what kind of access will they have, and how will security co-operation work in the future?

There are many other questions to answer – this agreement will form the basis for UK-EU relations for years if not decades to come. And the two sides will have to continue to talk about how to implement it most effectively.

The team will be reading through the document when it is available and will add more to this story as soon as possible.