Pre-season training can be a boring and gruelling process. Doing it before the Christmas break can be even tougher.After coming off a long season, the motivation for players can be down as their minds wander to what festivities may be awaiting them over the Christmas break with their families.Kayo is your ticket to the best…

Pre-season training can be a boring and gruelling process. Doing it before the Christmas break can be even tougher.

After coming off a long season, the motivation for players can be down as their minds wander to what festivities may be awaiting them over the Christmas break with their families.

Clubs often have to find ways to keep the motivation levels high or ways to keep the playing group on their toes. The Canberra Raiders came up with one genius way to ensure their players were switched on.

A video uploaded to social media shows coach Ricky Stuart addressing the team with a few words of warning about the upcoming park in which they would be undertaking a time trial.

“The park itself was closed yesterday because of snakes but apparently it’s back open today,” Stuart says.

“There should not be any excuse for slow times.”

The playing group breaks out into awkward murmurs of laughter after Stuart mentioned the snakes before the video cuts to later in the day at the park. It shows one Raiders staff member setting up a remote controlled snake just off the track and hidden under a patch of grass.

What unfolds is just pure hilarity as the players one by one make their way around the park with a camera crew awaiting as they get closer. The camera set up is perfectly covered as a staffer pretends to address the camera with a microphone in hand before stepping aside just before the players get closer.

The reactions from the players vary from a few scared guys screaming “you f***ing d*ckheads” to “you f***ers”. But when Iosia Soliola jogs past, he barely flinches as the snake crawls out.

The brilliant prank was a big hit on social media with the video garnering more than 23,000 views at the time of writing.

Sky Sports rugby league reporter Stephen Owen wrote: “Brilliant! Would have liked to see the English boys faces when they stumbled across the snake.”

Lets now hope more clubs come up with hilarious pranks throughout the pre-season to keep their players on their toes. 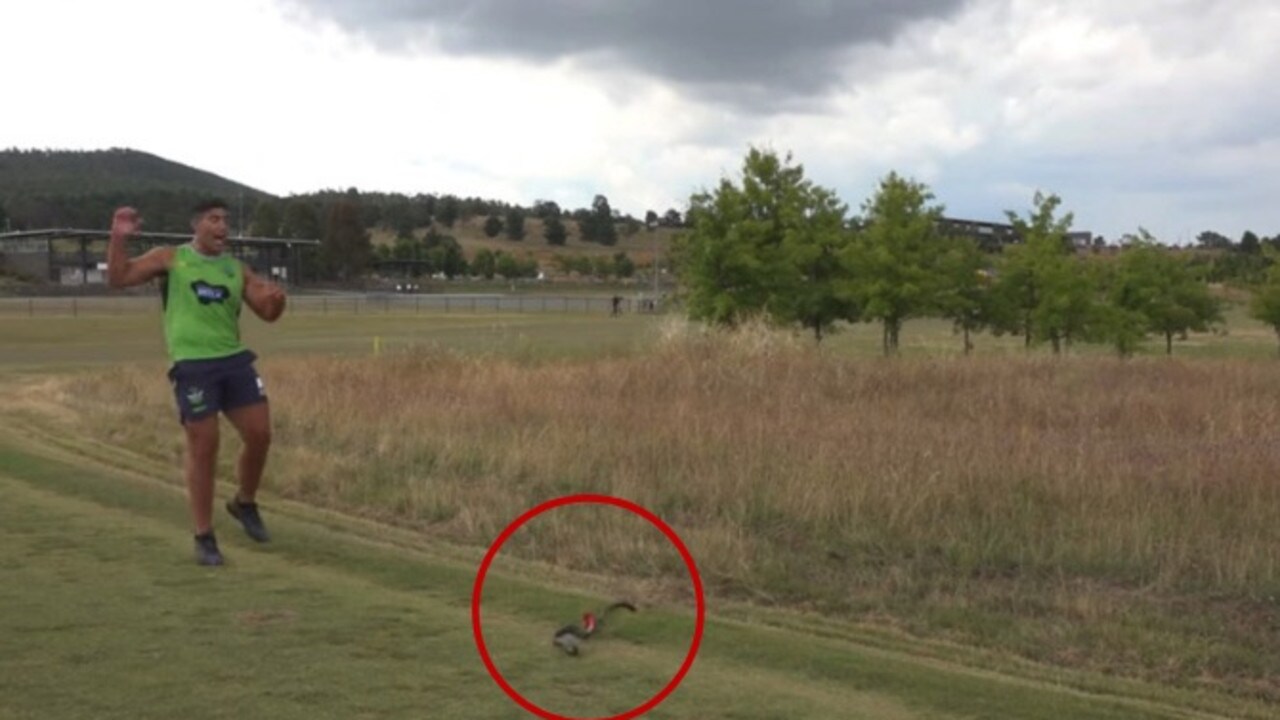