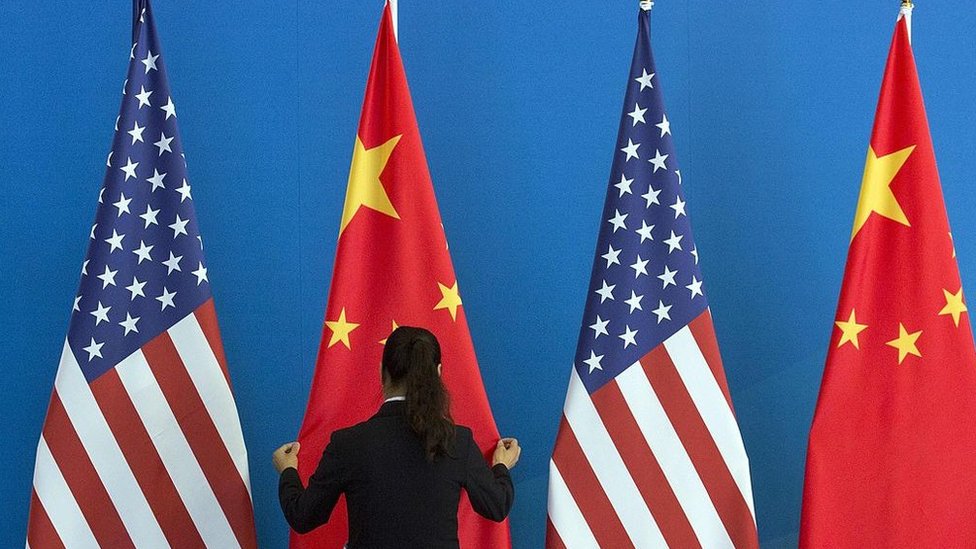 Publishedduration1 hour agoimage copyrightGetty Imagesimage captionThe US and China have clashed repeatedly in recent months, over trade, coronavirus and Hong KongChinese agents have stepped up their efforts to influence President-elect Joe Biden’s incoming administration, a US intelligence official has said.William Evanina, from the office of the US Director of National Intelligence, said the Chinese were…

Chinese agents have stepped up their efforts to influence President-elect Joe Biden’s incoming administration, a US intelligence official has said.

William Evanina, from the office of the US Director of National Intelligence, said the Chinese were also focusing on people close to Mr Biden’s team.

Mr Evanina said it was an alleged influence campaign “on steroids”.

Separately, a justice department official said more than 1,000 suspected Chinese agents had fled the US.

In Wednesday’s virtual discussion at the Aspen Institute think tank, Mr Evanina, chief of the Director of National Intelligence’s counter-intelligence branch, said the Chinese had been attempting to meddle in the US efforts to develop a coronavirus vaccine and recent American elections.

He continued: “We’ve also seen an uptick, which was planned and we predicted, that China would now re-vector their influence campaigns to the new [Biden] administration.

“So that’s one area we’re going to be very keen on making sure the new administration understands that influence, what it looks like, what it tastes like, what it feels like when you see it.”

Both Mr Biden and President Donald Trump traded bitter accusations during the recent White House campaign of being influenced by Beijing.

During the same think tank discussion on Wednesday, John Demers, chief of the justice department’s national security division, said hundreds of Chinese researchers with ties to their country’s military had been identified by FBI investigators over the summer.

Mr Demers said the inquiry began when US authorities arrested five or six Chinese researchers who had hidden their affiliation with the People’s Liberation Army (PLA).

“Those five or six arrests were just the tip of the iceberg and honestly the size of the iceberg was one that I don’t know that we or other folks realised how large it was,” he said.

He told the discussion that after the FBI conducted dozens of interviews with other individuals, “more than 1,000 PLA-affiliated Chinese researchers left the country”.

Mr Demers said “only the Chinese have the resources and ability and will” to conduct such alleged political and economic espionage and “other malign activity”.

He told the discussion these researchers were in addition to a group to 1,000 Chinese students and researchers whose visas were revoked by the US back in September.

The US state department said back then it would only welcome Chinese students “who do not further the Chinese Communist Party’s goals of military dominance”.

Beijing hit back by accusing the US of racial discrimination, but Mr Demers denied on Wednesday that the American authorities were racially profiling Chinese students.

Sino-US relations have hit rock bottom after outgoing President Trump’s disputes with Beijing over everything from trade to Hong Kong and the pandemic.