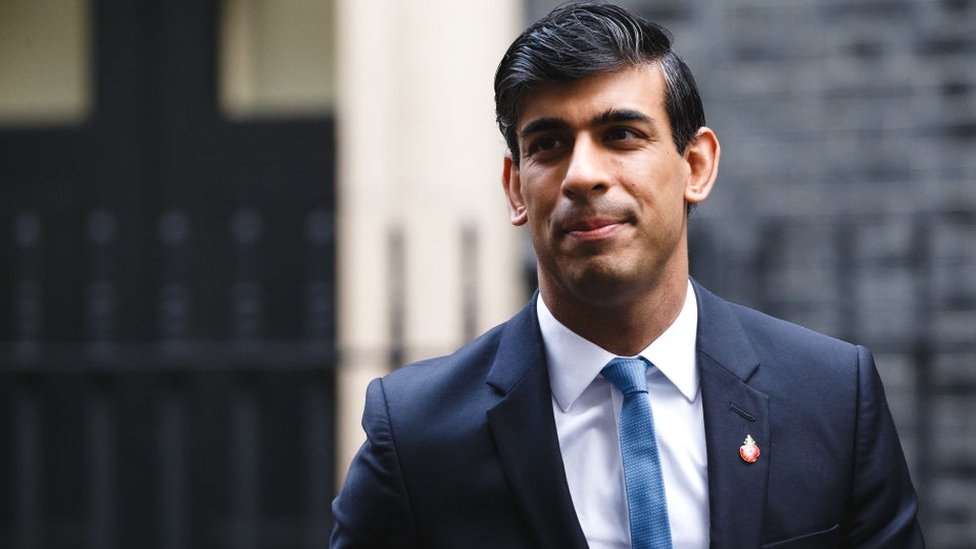 Publishedduration1 hour agoimage copyrightGetty ImagesRishi Sunak has said people “will not see austerity” when he makes spending announcements for public services this week, despite the billions spent on the pandemic response.The government has indicated it will keep to past promises when allocating funds for policing, nurses and schools.On Wednesday the chancellor will detail the Spending…

Rishi Sunak has said people “will not see austerity” when he makes spending announcements for public services this week, despite the billions spent on the pandemic response.

The government has indicated it will keep to past promises when allocating funds for policing, nurses and schools.

On Wednesday the chancellor will detail the Spending Review.

It will outline how taxpayers’ money will be spent on departments such as health and education.

But while ruling out a return to austerity, Mr Sunak has also warned people will soon see an “economic shock laid bare”.

He told the BBC’s Andrew Marr show that record government borrowing to deal with the coronavirus must be “grappled with”.

That suggests tax rises or spending cuts could be further down the road. The Spending Review will give a clearer picture of the economic damage wrought by the pandemic so far.

Last week, reports that Mr Sunak would freeze wages for public sector staff were met with fierce criticism from unions and workers, though NHS frontline staff are likely to be excluded from such a move.

Speaking on Sky’s Sophy Ridge On Sunday, the chancellor said: “You will not see austerity next week, what you will see is an increase in government spending, on day-to-day public services, quite a significant one coming on the increase we had last year.”

But, while he said that he “cannot comment on future pay policy”, Mr Sunak added: “When we think about public pay settlements, I think it would be entirely reasonable to think of those in the context of the wider economic climate.”

It is thought the chancellor is keen to freeze public sector pay since average private sector earnings have fallen this year.

On Monday, the shadow chancellor Anneliese Dodds will give a speech which argues that: “Freezing the pay of firefighters, hospital porters and teaching assistants will make them worried about making ends meet ahead of Christmas – that means they’ll cut back on spending and our economy won’t recover as quickly.”

Labour is calling on the government to bring forward £30bn in capital spending over the next 18 months to create new jobs.

Prior spending commitments made by the government include the hiring of 50,000 more nurses, and 20,000 extra police officers by 2023.

However, the BBC’s Reality Check team points out that while 30,000 new nurses will be trained locally or recruited from overseas, 20,000 of the 50,000 roles announced will be existing nurses persuaded to stay in the profession.

The government has also promised to increase spending on schools by £2.2bn in the 2021-2022 financial year, and direct £1.5bn towards building works at Further Education colleges.

The Treasury announced on Sunday that another £1.25bn will be allocated to the prisons service.

The government says a total of £4bn will be allocated to build more than 18,000 additional prison places across England and Wales over the next four years. Some 10,000 of these places have been planned since 2015.

Mr Sunak said: “This has been a tough year for us all. But we won’t let it get in the way of delivering on our promises – the British people deserve outstanding public services, and we remain committed to delivering their priorities as we put our public services at the heart of our economic renewal.”