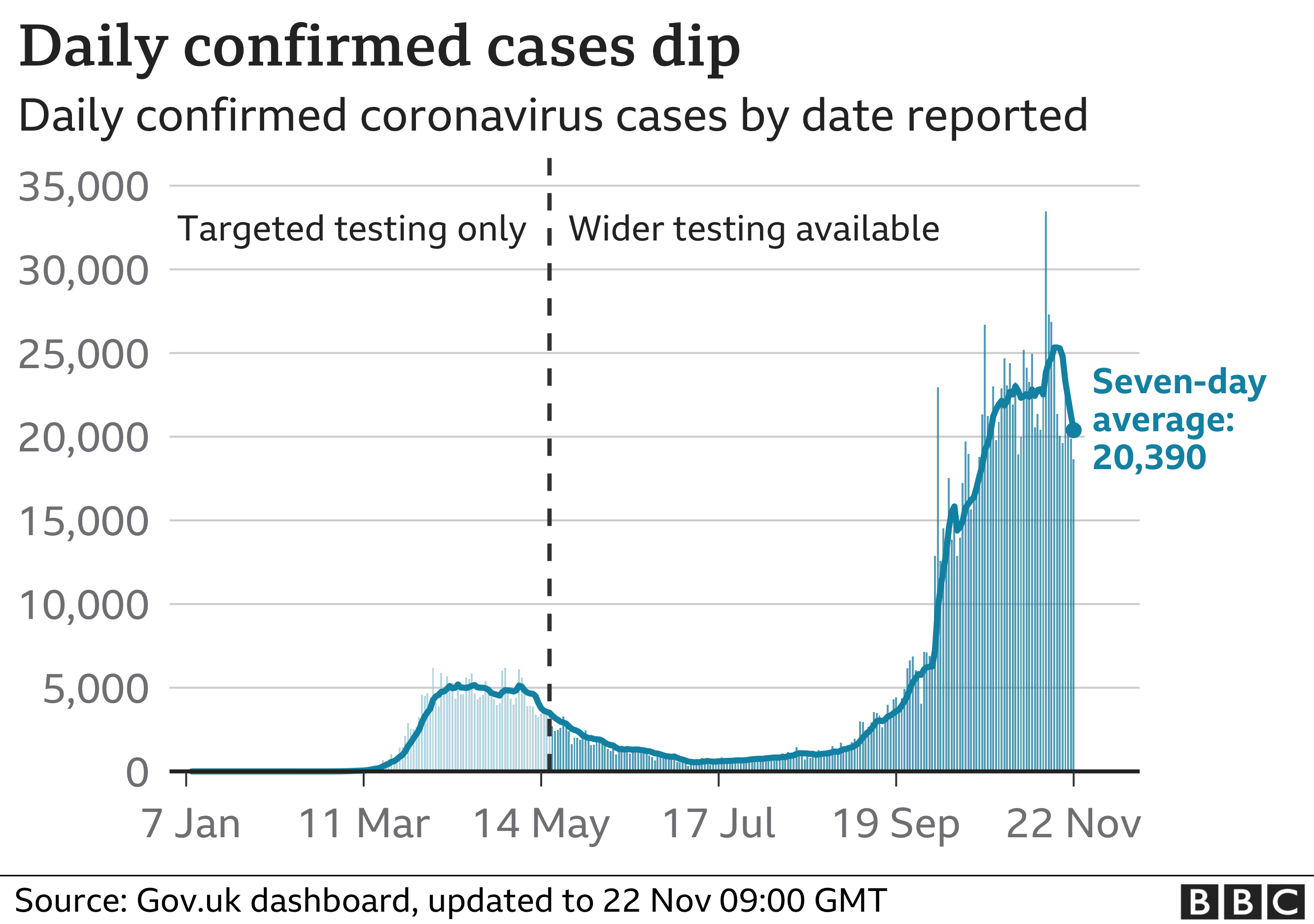 Publishedduration37 minutes agoimage copyrightPA Mediaimage captionGyms in England have been shut since 5 NovemberGyms and non-essential shops in all areas are expected to be allowed to reopen when England’s lockdown ends.On Monday, Prime Minister Boris Johnson will explain the detail of England’s return to the “three tier system” when lockdown ends on 2 December.While parts…

Gyms and non-essential shops in all areas are expected to be allowed to reopen when England’s lockdown ends.

On Monday, Prime Minister Boris Johnson will explain the detail of England’s return to the “three tier system” when lockdown ends on 2 December.

While parts of the tier system will be toughened, the 10pm closing time for pubs and restaurants will be relaxed, alongside gyms and shops reopening.

And mass testing will be introduced in all tier three areas, the PM will say.

Mr Johnson will say rapid testing with military support, as used in Liverpool, will form part of the stricter system.

He is expected to tell MPs that it will “help get the virus back under control and keep it there”.

More areas are set to be placed in the higher tiers after lockdown, No 10 has said. Details of which tier every region of England will be put into are expected on Thursday.

Gyms and non-essential shops have been closed in England since 5 November, but are expected to reopen in all areas. Gyms were previously allowed to open in tier three, despite initially being told to shut in some places.

Under the new plans, last orders in pubs and restaurants allowed top open will remain at 10pm, but customers will have an extra hour to drink up.

However, it has been reported that pubs in tier three will only be open for takeaway – while those in tier two must serve substantial meals, even to outdoor customers.

The PM had hoped to announce arrangements for the Christmas period on Monday, but this has been delayed until at least Tuesday to allow the Scottish and Welsh cabinets to agree the plans.

One option that was discussed in meetings this weekend was that three households could be allowed to meet up for up to five days, according to the BBC’s deputy political editor Vicki Young.

The plan for extensive community testing in areas on the “very high” alert level follows a pilot programme in Liverpool, where more than 200,000 people were tested and which the government said contributed to the fall in cases there.

Repeat testing will also be offered so that the close contacts of confirmed cases may not have to self-isolate.

Instead, they will be able to take a test every day for a week and will only need to isolate if they test positive.

Repeat testing is due to be trialled in Liverpool on Monday. If it is considered successful, it will be expanded to care homes and the NHS in December, and to the general public in January.

Mass testing in tier three areas, which will use the 30-minute lateral flow tests deployed in Liverpool, is intended to offer communities a way out of the highest level of restrictions.

Mr Johnson is expected to tell the House of Commons: “The selflessness of people in following the rules is making a difference.”

The increase in new cases is “flattening off” in England following the introduction of the nationwide lockdown measures, he will say.

The prime minister will say “we are not out of the woods yet”, with the virus still present in communities across the country and remaining “both far more infectious and far more deadly than seasonal flu”.

“But with expansion in testing and vaccines edging closer to deployment, the regional tiered system will help get the virus back under control and keep it there,” he is due to say.

On Sunday, the UK recorded another 18,662 confirmed coronavirus cases and 398 deaths within 28 days of a positive test. The total includes 141 deaths which were omitted from the 21 November figures in error.

Mass rapid testing has already been extended to 67 areas in England and parts of Wales, but Downing Street said the government would now offer many more tests with additional logistics support for every area in tier three.

In Liverpool, Public Health England said the tests found an extra 700 people who had the virus without any symptoms and who may not have been detected otherwise.

Downing Street also said weekly testing would be expanded to all staff working in food manufacturing, prisons and the vaccine programme from next month.