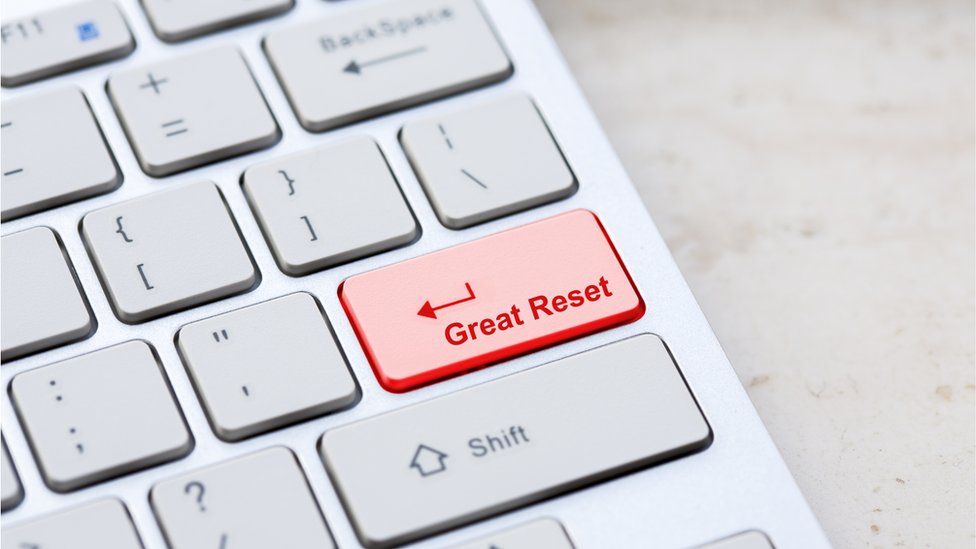 By Jack Goodman and Flora CarmichaelBBC Reality CheckPublishedduration2 hours agoimage copyrightGetty ImagesMisinformation about a Covid-19 vaccine and pandemic conspiracy theories continue to thrive on social media. Here’s what we’ve been fact-checking this week.Justin Trudeau and the ‘Great Reset’We start with the revival of the baseless conspiracy theory, known as the ‘Great Reset’, which claims a…

Misinformation about a Covid-19 vaccine and pandemic conspiracy theories continue to thrive on social media.

Here’s what we’ve been fact-checking this week.

Justin Trudeau and the ‘Great Reset’

We start with the revival of the baseless conspiracy theory, known as the ‘Great Reset’, which claims a group of world leaders orchestrated the pandemic to take control of the global economy.

The conspiracy theory has its origins in a genuine plan entitled ‘The Great Reset’, drawn up by the World Economic Forum (WEF), the organisers of an annual conference for high-profile figures from politics and business, The plan explores how countries might recover from the economic damage caused by the coronavirus pandemic.

The WEF recovery plan has been interpreted as sinister, first by fringe conspiracy theory groups on social media, and then by prominent conservative commentators – prompting tens of thousands of interactions across Facebook and Twitter.

It started trending globally on Twitter last week, when a video of Canadian Prime Minister Justin Trudeau at a UN meeting, saying the pandemic provided an opportunity for a “reset”, went viral.

This sparked fresh claims from people, within Canada and further afield, that a cabal of global leaders is using the pandemic to introduce a range of damaging socialist and environmental policies.

When asked about conspiracy theories at the end of the week, Mr Trudeau said: “I think we’re in a time of anxiety, where people are looking for reasons for things that are happening to them… we’re seeing a lot of people fall prey to disinformation.”

A video from August, which now has close to three million views on YouTube, believes only Donald Trump can thwart this secret plot, which uses Covid-19 to bring the US economy to its knees so the “reset” can begin and people will be “begging” for vaccines.

But the suggestion that politicians planned the virus, or are using it to destroy capitalism is wholly without evidence.

So too is the notion that the World Economic Forum has the authority to tell other countries what to do, or that it is coordinating a secret cabal of world leaders.

Similarly, a French documentary which also refers to a secret global plot has gone viral on YouTube and other social networks this week. The same video promotes unfounded medical advice, misinformation and conspiracy theories about coronavirus.

Over more than two and a half hours, the film – entitled Hold Up – promises to reveal “the truth” about Covid-19.

Instead, it promotes a slew of previously debunked claims – including allegations that wearing masks is dangerous and global elites somehow planned the pandemic

The film has already been dubbed a French “plandemic” – referencing a similar English-language conspiracy video that was debunked earlier this year.

Like its predecessor, Hold Up is gathering momentum on social media – it has been watched more than a million times in the past few days.

YouTube says the video does not violate its misinformation policies, although it says it has limited its spread in accordance with its rules on tackling content that could misinform users in harmful ways.

The message falsely claims the WHO has updated its website to say coronavirus is no more of a threat than seasonal flu, and doesn’t require lockdowns and masks.

The WHO has made clear the message does not represent its views, and that its advice on the wearing of masks and social distancing has not changed.

Official figures released in October reveal that in England and Wales around three times as many people had died from Covid-19 than from flu and pneumonia this year.

The WhatsApp message is accompanied by a shortened version of a video posted in English on YouTube last month. The video made various false claims about treatments for coronavirus and was subsequently taken down by YouTube for violating its policies.

A video first posted on an anti-vaccination Facebook page has generated thousands of shares, and clips from it have been circulated on WhatsApp and Instagram Stories.

In the video, a woman narrates over images of what is apparently packaging for AstraZeneca’s Covid-19 vaccine, which is still undergoing tests.

She encourages people to share the video if they don’t want “aborted foetal tissue fragments put into them or their DNA changed”.

Both of these claims are false. The vaccine does not contain any foetal tissue and it won’t change your DNA.

The woman claims the vaccine contains the lung tissue of a 14-week-old aborted male foetus. This is false.

“There are no fetal cells used in any vaccine production process,” says Dr Michael, of the University of Southampton.

The video refers to a study which the narrator claims is evidence of what goes into the vaccine. But the narrator’s interpretation is wrong – the study in question explored how the vaccine reacted when introduced to human cells in a lab.

Confusion may have arisen because there is a step in the process of developing a vaccine that uses cells grown in a lab, which are the descendants of embryonic cells that would otherwise have been destroyed. The technique was developed in the ’60s, and no fetuses were aborted for the purposes of this research.

Many virus vaccines are made in this way, explains Dr David Matthews, from Bristol University, adding that any traces of the cells are comprehensively removed from the vaccine “to exceptionally high standards”.

The developers of the vaccine at Oxford University say they worked with cloned cells, but these cells “are not themselves the cells of aborted babies”.

The cells work like a factory to manufacture a greatly weakened form of the virus that has been adapted to function as a vaccine.

But even though the weakened virus is created using these cells, this cellular material is removed when the virus is purified and not used in the vaccine.