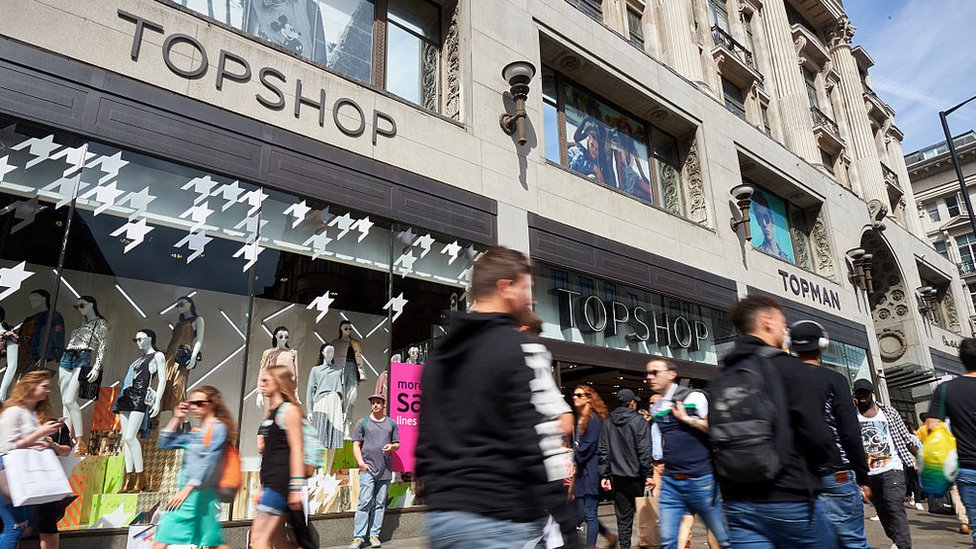 The retail chain, which also owns Miss Selfridge and Dorothy Perkins, was hit hard when coronavirus lockdowns forced the closure of hundreds of stores.

But many fashion commentators say the group’s most famous brand – Topshop – has had problems for years.

We take a look at what’s gone wrong at the former High Street favourite.

Topshop’s popularity peaked in the heady years before the Great Recession, when people had more money to spend and celebrities were keen to be associated with the brand.

At that time, Topshop counted among its team some of the most respected names in the industry, such as stylist Katie Grand and brand director Jane Shepherdson.

“They were very good kind of fashion people with good fashion pedigree and the result of that was they had a very clear aim and they knew who their customer was,” says fashion columnist Amber Graafland.

High-profile collaborations also created buzz for the brand, as in 2007, when shoppers queued around the block to buy a piece from the range designed by Kate Moss.

“For a while Topshop was cool. They were part of London Fashion Week, they were pulling cool people onto the runway and in the front row,” Ms Graafland says.

But more recently, Topshop has failed to command that kind of status.

“When I was 18 and 19, I used to always spend my first paycheque in Topshop and buy a £90 coat. But I don’t think they’re seen as young and trendy anymore. More young people I know tend to shop at BooHoo and Missguided,” she says, referring to two of the UK’s most popular online retailers.

Topshop didn’t respond to a request for comment from BBC news.

2. Its digital business has lagged.

Topshop, like other traditional High Street brands, has been challenged by online-only fashion platforms like Asos, BooHoo and Pretty Little Thing.

Their low prices and rapid turnover draw in customers wanting to continually update their wardrobe – something that has become more important in the age of Instagram, says Ms Adeniken.

“There’s this perception on social media that you always have to be changing your outfit so of course to do that, you buy fast fashion,” she says.

The pandemic, which forced physical stores to close for months this year, only accelerated fashion’s move to the digital marketplace, says Bethan Alexander, a global retail expert at the London College of Fashion.

But when it comes to selling collections online, she says Topshop’s traditional high street rival Zara does a much better job.

“Topshop has been guilty of being too slow to adapt to the changing market. Whereas Zara has been investing in digital solutions in recent years – such as giving consumers online access to stock levels in-store – Topshop has been lagging behind,” she says.

3. It’s had to deal with problems at the top.

First there was the BHS pension scandal, which surfaced after Sir Philip sold the now-defunct department store in 2015 to another businessman for £1.

A year later BHS collapsed, 11,000 people lost their jobs and the company was found to have a pension deficit of £571m.

Sir Philip later reached a deal with the Pensions Regulator – which accused him of doing the sale to dodge responsibility for the deficit – to inject £363m into the scheme. But his reputation took a hit.

Then in 2018, Sir Philip was accused of sexual and racial harassment, getting named in Parliament after he took legal action to stop the media from publishing the claims.

The retail boss “categorically and wholly” denied the allegations which The Telegraph said it had spent eight months investigating.

Fast-forward to this year when the pandemic struck and shops in the UK were closed.

Garment makers in Bangladesh reported that Arcadia cancelled some orders and demanded a 30% discount on others.

Ms Alexander says the Topshop owner behaved “in stark contrast with some competitors who prioritised the welfare of staff and suppliers as the pandemic hit”.

4. It scores poorly on sustainability.

Topshop might not churn out new pieces at the breakneck speed of its online-only rivals, but it still has a fast fashion business model – mass producing garments cheaply, then shipping them to 260-outlets worldwide.

As more consumers question firms’ environmental records, Topshop has fallen behind when it comes to sustainability.

“Topshop has faced controversy over the past decade due to allegations of its social and environmental impact and a lack of any meaningful action to counteract these claims,” says Ms Alexander.

An ethical and sustainable brand aggregator, goodonyou.eco, rates Topshop as ‘not good enough’ when it comes to the environment and accuses it of “not taking adequate steps to ensure payment of a living wage for its workers.”

The retailer has “zero transparency about their practices,” says 24-year-old artist Ilona Ecott of Buckinghamshire.

In contrast, she points to the ethos of newer names such as 23-year-old Grace Beverley, a social media influencer who founded an athleisure label made from a range of recycled fabrics.

“I would say there are a lot of new brands coming around that have good design and they are at least trying to give the impression of doing stuff responsibly,” Ms Ecott says.

‘I’d be gutted if it didn’t stick around’

For all the haters, there are undoubtedly still Topshop fans. The brand has 10 million Instagram followers, among them Ilona’s friend, 22-year-old Charlotte Stock.

She says you’re far more likely to hold on to Topshop clothes, than those from other cheaper brands.

“People buy from Pretty Little Thing but they don’t fit the same. You have them for a year then get rid of them because they’re out of fashion. With Topshop you can dress a top up with different trousers or a different coat or cardigan and you can still wear them.

And what if Topshop closes its doors for good? “I’d be gutted if it didn’t stick around.” 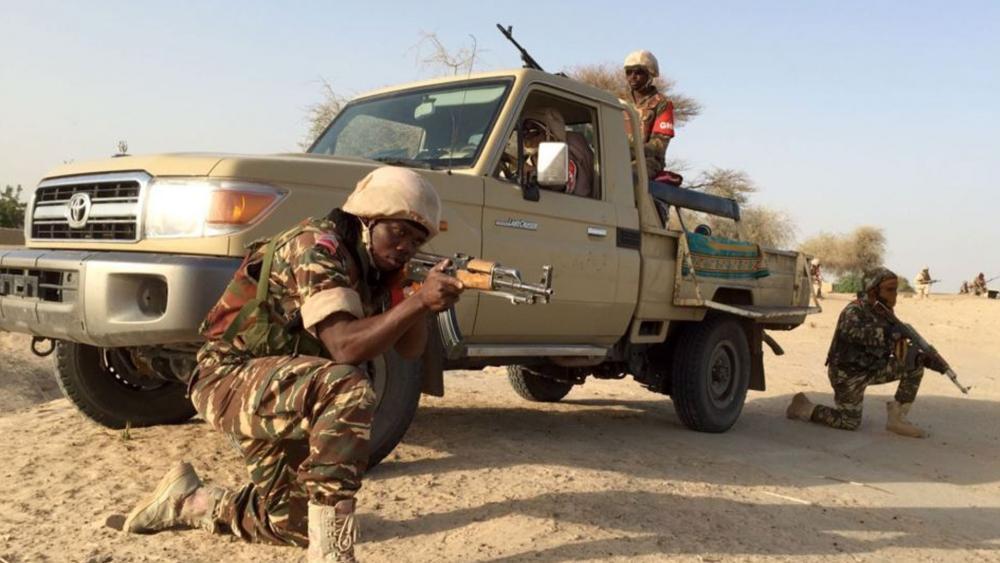 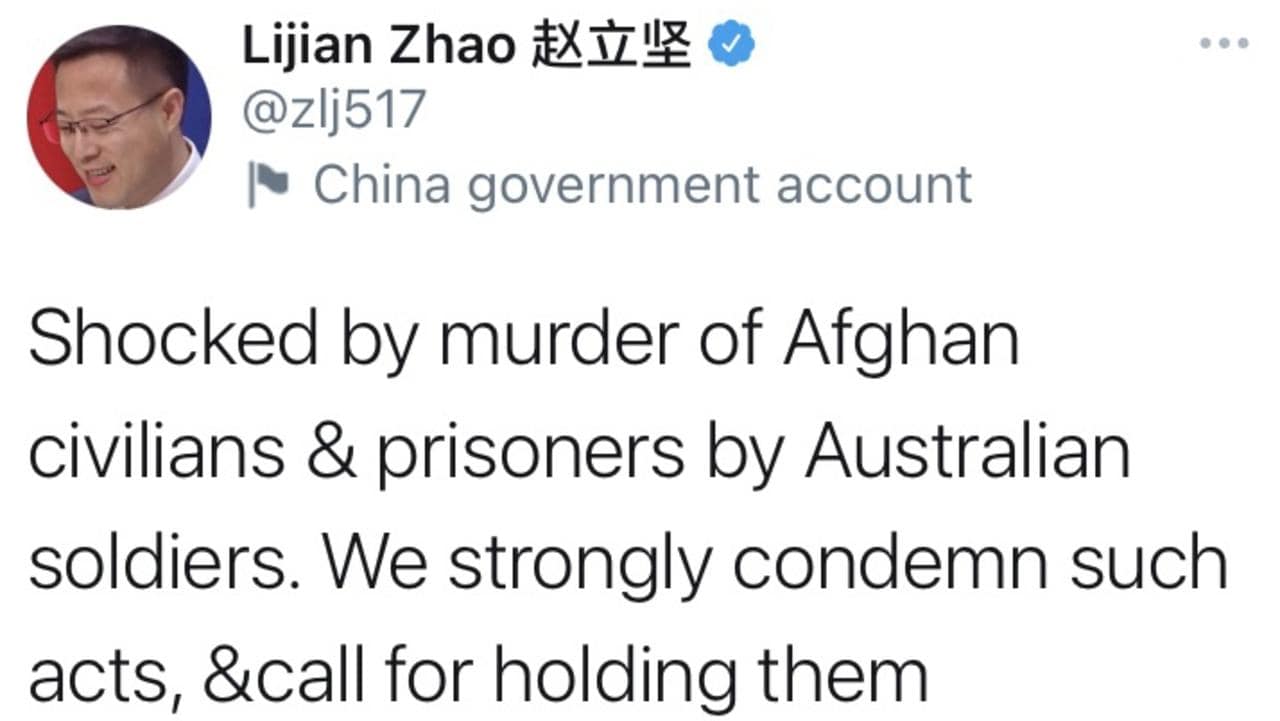