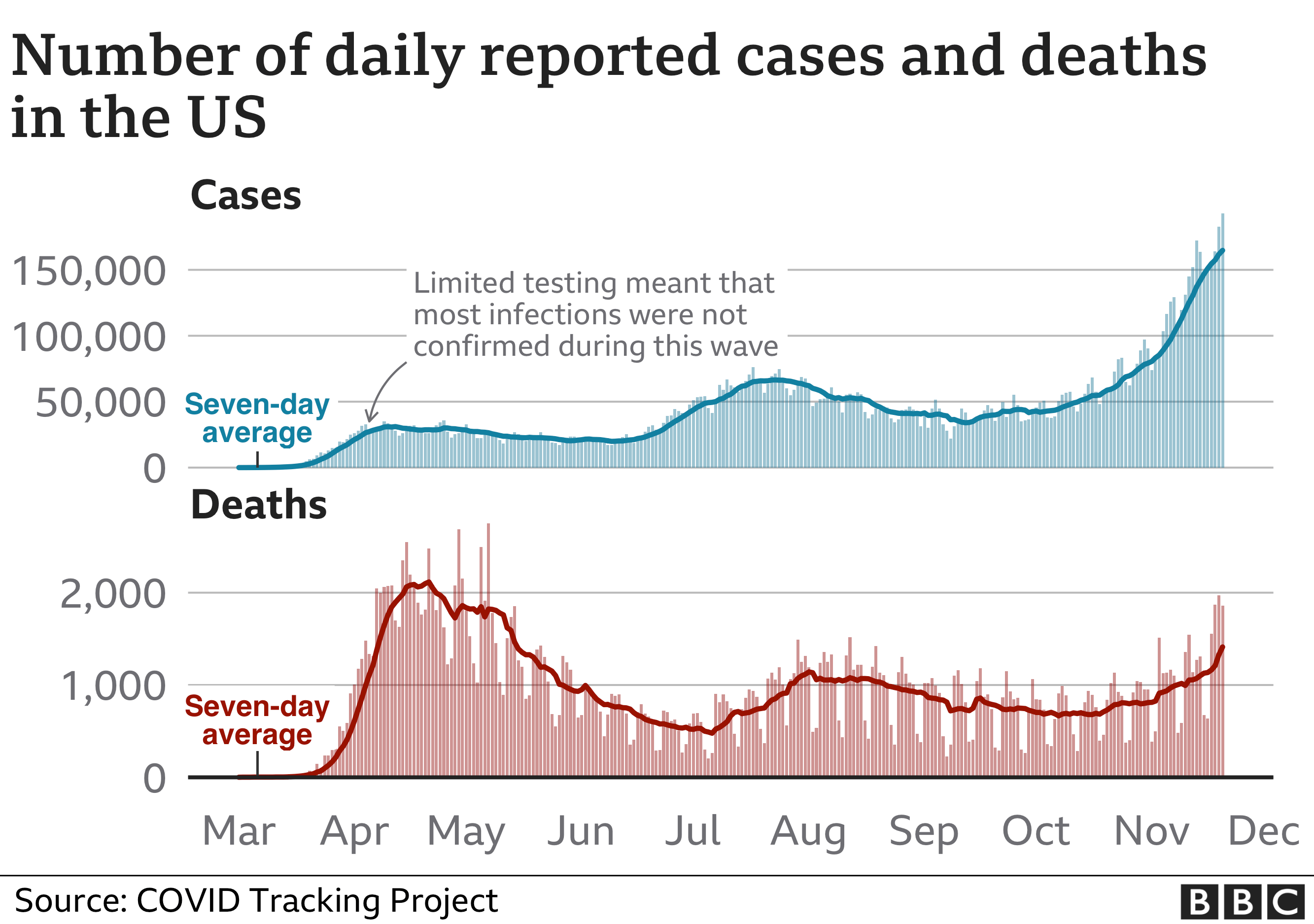 Publishedduration2 hours agomedia captionThe BBC’s Rebecca Morelle explains how the monoclonal antibodies workUS officials have granted emergency authorisation for an experimental antibody treatment given to President Trump after his Covid-19 diagnosis.The drug, developed by Regeneron, will be allowed for use in people who have tested positive for the virus and are at risk of severe…

US officials have granted emergency authorisation for an experimental antibody treatment given to President Trump after his Covid-19 diagnosis.

The drug, developed by Regeneron, will be allowed for use in people who have tested positive for the virus and are at risk of severe illness.

Studies suggest the therapy is effective when administered early after diagnosis, the company says.

It comes as Covid-19 cases in the country continue to rise.

Emergency authorisation by the Food and Drug Administration (FDA) allows use of a treatment while studies are carried out to determine safety and effectiveness.

A similar drug made by Eli Lilly, another US pharmaceutical firm, was given emergency approval earlier this month.

The Regeneron treatment is a combination of two monoclonal antibodies – potent, laboratory-made antibodies – which mimic our own immune response. They physically stick to the coronavirus so they cannot get inside the body’s cells.

Regeneron said it expected to have enough doses for about 80,000 patients by the end of this month and 300,000 in total by the end of January. The treatment will be provided for free but patients may have to pay for having it administered.

The FDA said the treatment was not authorised for Covid patients who are in hospital or require oxygen.

The drug was one of a number President Trump received after testing positive for Covid-19 in October. The president later credited the experimental therapy for aiding his recovery – though it remains impossible to know whether it did.

President Trump was one of only a handful of people outside clinical trials to be given the drug, under what is known as “compassionate use”.

Meanwhile, US Housing Secretary Ben Carson said he believed he was “out of the woods” after being “extremely sick” following his positive Covid diagnosis earlier this month.

On Facebook, Mr Carson, a retired neurosurgeon, said Mr Trump “cleared me for the monoclonal antibody therapy that he had previously received, which I am convinced saved my life”. As with Mr Trump, the role the drug played in his recovery is unclear.

The US has now more than 12 million confirmed Covid-19 infections, with more than 255,000 deaths, according to data compiled by Johns Hopkins University. This is by far the highest death toll in the world.

The recent rise in cases has prompted many states to impose sweeping new restrictions in attempts to curb the virus, including new mask mandates. In California, a night-time curfew started on Saturday and will be in place until 21 December, with a possible extension if needed, authorities said.

The Centers for Disease Control and Prevention (CDC) has urged Americans to avoid travelling for the Thanksgiving holiday on 26 November to prevent increased transmissions.

Thanksgiving typically heralds the busiest week for travel in the US, and an estimated 26 million people passed through the country’s airports in the week surrounding the holiday last year.

A number of coronavirus vaccines are being developed around the world, with some positive breakthroughs in recent weeks:

Other trial results are also expected in the coming weeks. Data on the Russian Sputnik V vaccine suggests it is 92% efficient.