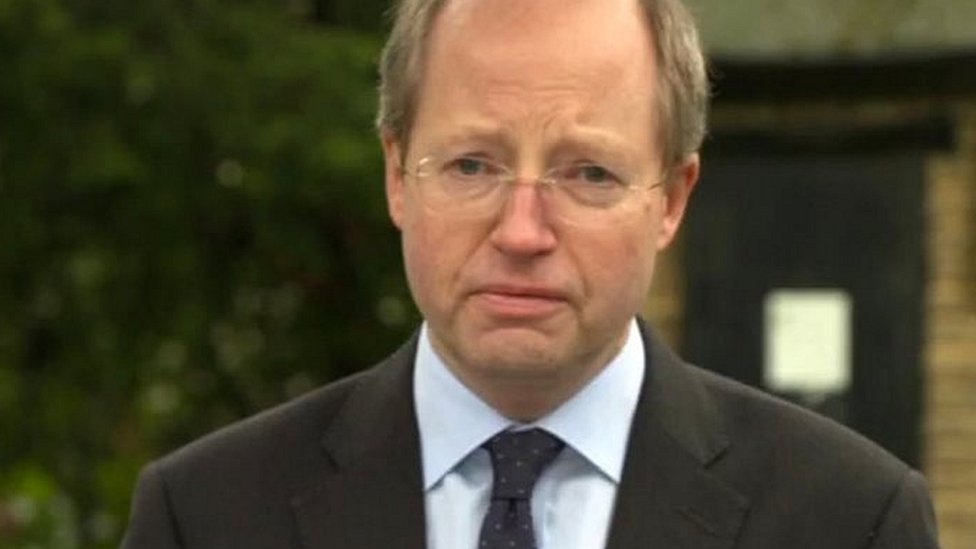 Publishedduration4 minutes agomedia captionPatel “unreservedly” apologises over bullying claimsHome Secretary Priti Patel was warned on several occasions to treat staff with respect, a former top official who resigned over the row has told the BBC. An inquiry found Ms Patel’s behaviour broke the rules – although she was “unaware” of her conduct.But ex-official Sir Philip…

Home Secretary Priti Patel was warned on several occasions to treat staff with respect, a former top official who resigned over the row has told the BBC.

An inquiry found Ms Patel’s behaviour broke the rules – although she was “unaware” of her conduct.

But ex-official Sir Philip Rutnam has contradicted this, saying Ms Patel was told not to shout and swear at staff a month after becoming home secretary.

The home secretary has apologised for any “upset” she caused people.

But she insisted the inquiry’s findings had made clear that “issues were not pointed out” to her in the course of the department’s “deeply challenging” work.

The PM has said he does not believe Ms Patel is a bully and regards the matter as closed despite the resignation of his adviser on ministerial standards, Sir Alex Allan, whose report found Ms Patel’s conduct fell below the standards expected of government ministers.

Sir Philip Rutnam quit as permanent secretary at the Home Office in February, after complaining about Ms Patel’s conduct, and is currently suing the government for unfair dismissal.

He said he was never asked to contribute to the bullying inquiry despite resigning over the matter.

Furthermore, he maintains that Ms Patel was “advised” on a number of occasions about the need to treat staff with respect, despite the report saying she had been “unaware” of her conduct.

“As early as August 2019, the month after her appointment, she was advised that she must not shout and swear at staff.

“I advised her on a number of further occasions between September 2019 and February 2020 about the need to treat staff with respect.”

Sir Philip said he respected Sir Alex and regretted his resignation but took issue with the ex-adviser’s suggestions that the Home Office did not provide sufficient support to Ms Patel when she took on the job.

“Enormous efforts were made from top to bottom in the Home Office to support the new home secretary and respond to her direction and significant achievements have resulted. The advice does not fairly reflect this.”

In his report, Sir Alex said there was “no evidence” that Ms Patel was aware of the impact of her behaviour, and no feedback was given to her at the time”.

Ms Patel has given an “unreserved apology” for any upset caused, which she said “was completely unintentional”, but argued she was not “supported” by her department at the time when claims were made.

Mr Johnson has said he retains “full confidence” in Ms Patel while Tory MPs have rallied behind her.

Former minister Simon Clarke told the BBC she had been working “under the most challenging circumstances to bring about major change in a department that needs it”.

But the head of the Committee on Standards in Public Life, Lord Evans, said there were “serious questions” about the process for investigating breaches of the ministerial code which must be “urgently” looked into.

What is the ministerial code?