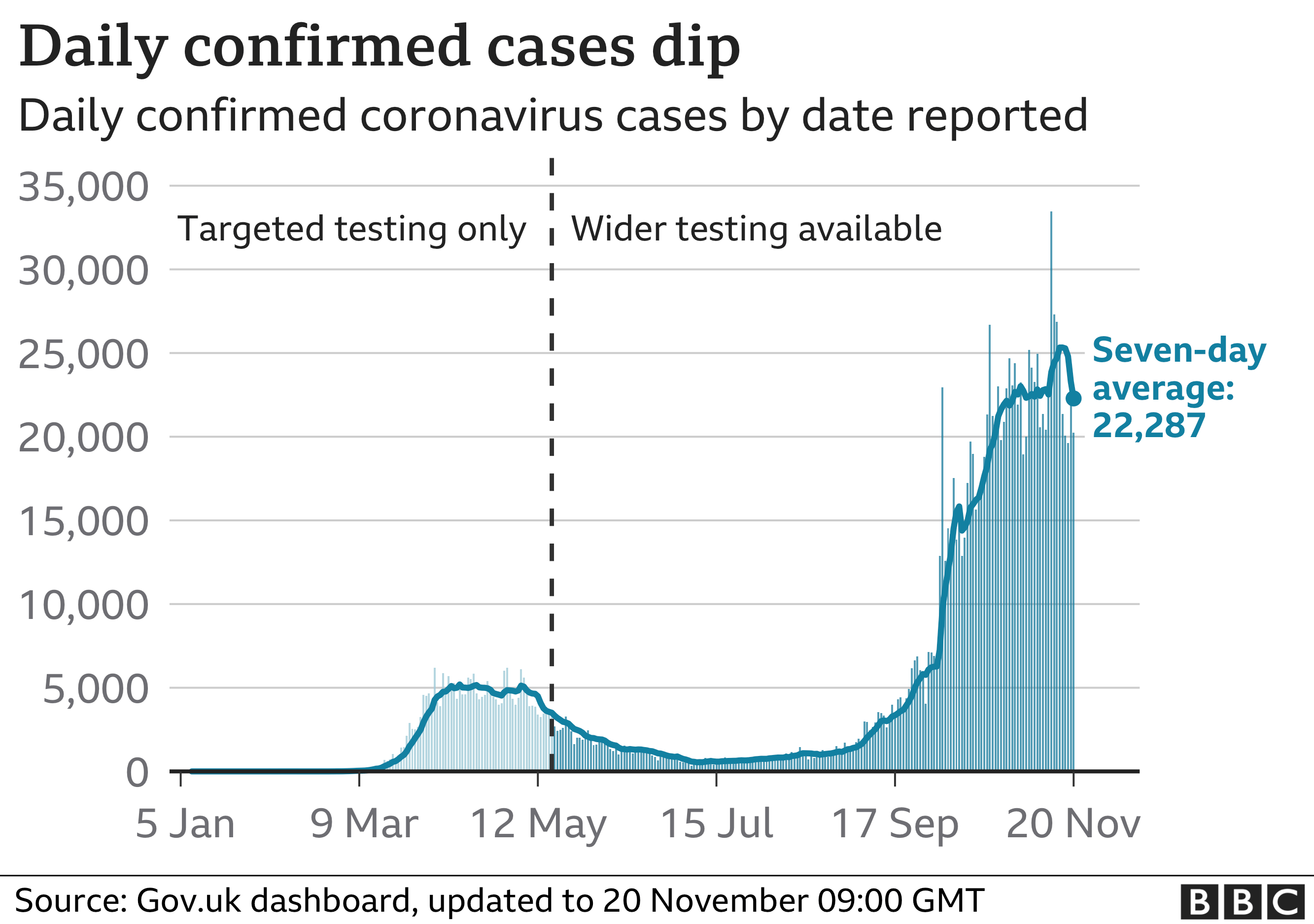 The NHS is setting up coronavirus vaccination centres across the UK in preparation for any jab being approved, Health Secretary Matt Hancock has said.

People will be vaccinated at sites around the country, as well as in hospitals and by GPs in the community.

The government has also officially asked the medical regulator to assess the Pfizer-BioNTech vaccine.

Mr Hancock said if the regulator approved it, vaccination could start next month.

But the bulk of the vaccination rollout would be in the new year, he added.

It comes as another 20,252 confirmed Covid cases were announced by the government on Friday, as well as a further 511 deaths.

Speaking at the Downing Street briefing, Mr Hancock said: “The NHS is in the process of establishing vaccination centres across the country that can manage the logistical challenge of needing to store the Pfizer-BioNTech vaccine at -70C.

“In addition it is establishing vaccination hubs in hospitals for NHS staff.

“These two routes are likely to comprise the bulk of the campaign this side of the new year. Then there will be a community rollout involving GPs and pharmacists.”

Vaccination centres could be set up in places like sports halls, and earlier this week it was confirmed that a sports arena in Derby had been earmarked to be used.

On the question of when people could get vaccinated, Mr Hancock said: “I know everyone wants to know about the timing and the speed of the rollout. That will depend on the speed at which the vaccines can be manufactured.

“We know that the manufacturing process for all vaccines is difficult and uncertain so I’ve asked the NHS to be ready to deploy at the speed at which the vaccine can be produced.

“If, and it still is an if, if the regulator approves a vaccine, we will be ready to start the vaccination next month with the bulk of the rollout in the new year. We’re heading in the right direction but there is still a long way to go.”

He said the UK government had been given the “confidence” to begin the process, after the vaccine-makers applied for approval in the US.

The first breakthrough came from the Pfizer-BioNTech vaccine, which published data first and showed it protected 94% of adults over 65.

Another vaccine, developed by Oxford University and AstraZeneca, has shown positive results at an earlier stage, phase two.

The NHS Confederation, which represents NHS bosses, said the vaccine offered “a glimmer of hope but it won’t save the NHS this Christmas”.

“When the national restrictions are lifted in two weeks’ time, life cannot go back to normal and they will have to be replaced with measures that protect the NHS from becoming overwhelmed,” it said.

Asked about Christmas and whether Covid restrictions could be relaxed, Mr Hancock said the government was still working to decide what should happen after England’s lockdown ends on 2 December.

“It’s still too early to tell, although we can see from the data out in the last couple of days, and also from the ONS survey out today, that this is clearly flattening,” he said. “We’re clearly near the peak of this second increase and the second wave.”

NHS England’s medical director Prof Stephen Powis also said it appeared the number of hospital patients with coronavirus had been “levelling off” in the last few days.

But he added: “That is just a few days’ data and it’s important not to read too much into it yet.”

It comes as the government’s group of scientific advisers said the R rate – the number of people on average that one infected person passes the virus onto – had dropped to between 1 and 1.1 for the UK as a whole.

Mr Hancock also urged people aged 50 and over to get a flu jab.

Thirty million people are being offered a flu jab in England’s largest flu-immunisation scheme to date. People aged 50 to 64 will be eligible for the vaccine from 1 December.