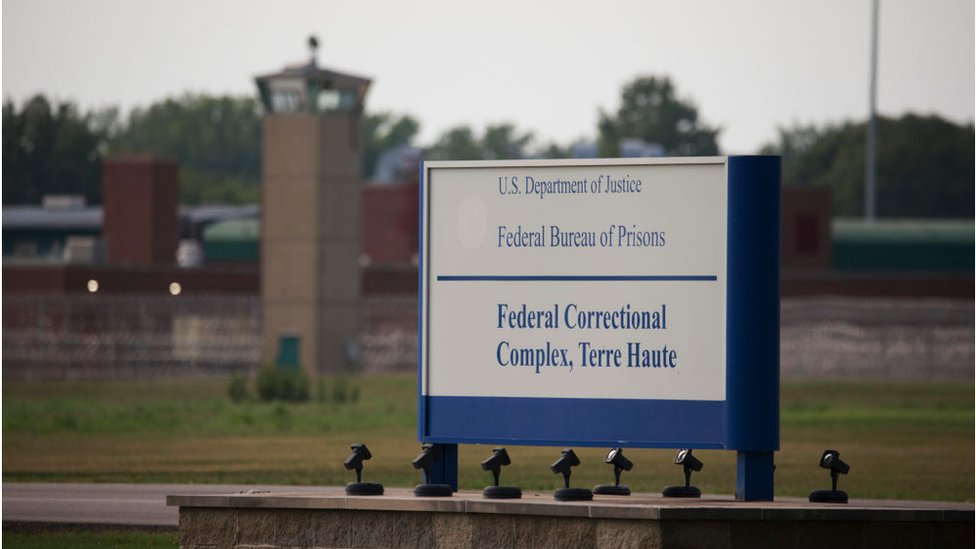 Publishedduration32 minutes agoimage copyrightGetty ImagesUS federal officials have put to death a man who abducted and murdered a teenage girl in 1994.Orlando Hall, 49, was one of three people the Trump administration is planning to execute before Joe Biden takes over as president in January.Mr Biden has said he would work to end the federal…

US federal officials have put to death a man who abducted and murdered a teenage girl in 1994.

Orlando Hall, 49, was one of three people the Trump administration is planning to execute before Joe Biden takes over as president in January.

Mr Biden has said he would work to end the federal death penalty, which had not been used in 17 years before Mr Trump resumed them earlier this year.

Hall was the eighth man to be put to death by federal officials this year.

He was convicted of the kidnapping, rape, and murder of Lisa Rene, 16, whose brothers had been involved in a drug dispute with Hall and his four accomplices. Prosecutors say the men dragged Rene away from her home while she was studying and abused her for two days before burying her alive near Pine Bluff, Arkansas.

He was put to death by lethal injection in at a US prison in Terre Haute, Indiana late on Thursday night after the Supreme Court vacated a last-minute stay of execution.

Hall’s lawyers argued that he did not receive a fair trial, and that prosecutors removed black jurors from the panel so he would be convicted by an all-white jury.

The Democrat-led Congressional Black Caucus had intervened, writing to US Attorney William Barr to ask that the execution be postponed, saying that the coronavirus pandemic “will make any scheduled execution a tinderbox for further outbreaks and exacerbate concerns over the possibility of miscarriage of justice”.

In his final statement, Hall thanked witnesses “for giving me this opportunity for forgiveness”.

In a statement, the victim’s sister said her family are “very relieved that this is over,” adding: “Ending this painful process will be a major goal for our family.”

The execution was one of three the Trump administration had planned in the final weeks of Mr Trump’s term. According to AFP, the continued executions upends a 131-year tradition of outgoing US presidents holding off on carrying out the punishments to allow the incoming president to decide on them.

Until this year, there had been an informal moratorium on the federal death penalty – as opposed to state-directed executions – since 2003.

A federal court has also stayed the execution of another condemned prisoner.

Lisa Montgomery, the only female inmate on federal death row, had been due to die on 8 December. But on Thursday, a judge in Washington DC ruled that the sentence can be delayed until after 28 December because her two long-time lawyers caught the coronavirus.

Montgomery strangled a pregnant woman in Missouri before cutting out and kidnapping the baby in 2004.

Her death would be the first federal execution of a female prisoner in nearly 70 years.

The last woman to be executed by the US government was in 1953, according to the Death Penalty Information Center.

Mr Biden opposition to the death penalty represents a change of heart for the former Delaware senator, who had bragged that his 1992 crime bill increased the number of offenses that would be eligible for a federal death sentence.