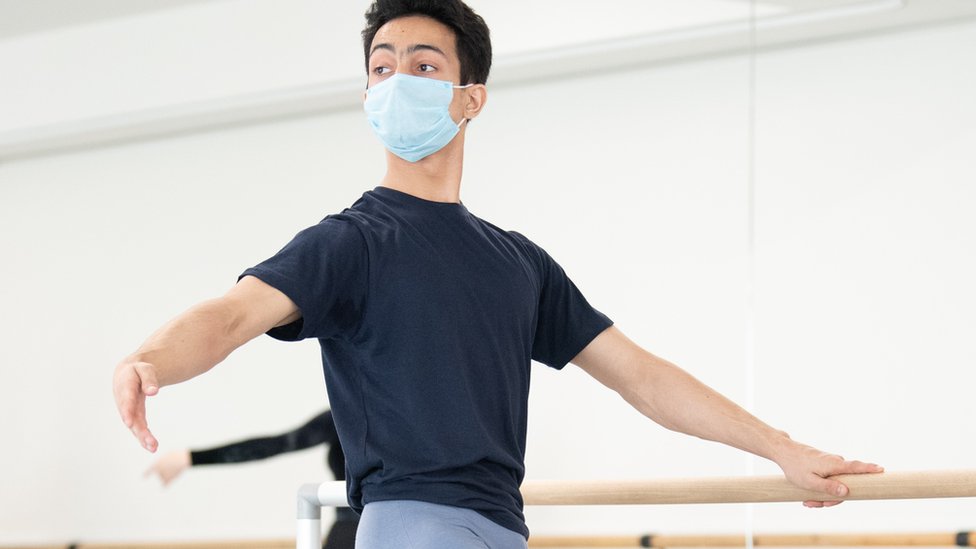 By Victoria LindreaArts and entertainment reporterPublishedduration36 minutes agoimage copyrightPhotography by ASHimage captionKamal Singh’s crowdfunding campaign caught the eye of high-profile IndiansFour years ago, 17-year-old Kamal Singh, was just finishing school and taking his first ballet class. Now 21, the son of a rickshaw driver has become the first Indian dancer to win a place on…

Four years ago, 17-year-old Kamal Singh, was just finishing school and taking his first ballet class. Now 21, the son of a rickshaw driver has become the first Indian dancer to win a place on the English National Ballet School’s professional trainee programme.

Living in Chelsea – a world away from his family and home in Vikaspuri, Delhi – Kamal spends his days, masked and socially distanced, training in a dance studio in Battersea with just 12 other students.

They all share the dream of joining a major international ballet company and making it to the role of principal – of treading in the footsteps of Nureyev and Fonteyn.

For Kamal, none of it would have been possible without the support of his teacher, Argentine dancer Fernando Aguilera – and a dusting of Bollywood star power.

“When I heard I had got a place at the English National Ballet school I was so happy, but at the same time, I was a little sad because I knew my father could not pay the fees,” recalls Kamal.

“But my teacher tells me not to worry about the money, to just focus on the ballet – and dance.”

From the moment Kamal walked into one of his free trial classes at the Imperial Fernando Ballet Company in Delhi, Aguilera knew he had discovered an exceptional talent.

But the teenager could not afford to study ballet. His home was two hours away from the ballet school. His father works two jobs, and all hours, to support his family. Luxuries – like ballet tuition – were not an option.

So it fell to Aguilera to convince Kamal’s parents – and find a way forward. Over three intense years of training, he provided Kamal with free tuition, a room in his home in Delhi and, ultimately, helped raise the fees that would allow Kamal to travel to London to take up his place at the prestigious English National Ballet school.

Fees for the year-long course at the ballet school cost £8,000, and then there are living expenses. It was out of Kamal’s reach – until the pair turned to crowdfunding.

Their chosen crowdfunding platform, Ketto, was co-founded by Bollywood actor Kunal Kapoor, who – in turn – used his star power and social network on the young dancer’s behalf. It prompted friend and fellow Bollywood star Hrithik Roshan to pledge £3,200 to the fund.

Kamal Singh is a 20-year old ballet dancer from Vikaspuri, Delhi who discovered ballet just 4 years back. He comes from a very humble background, his father is an e-rickshaw driver and he attended the local government boys school.. contd pic.twitter.com/L4tTAQB2CY

“I have received a lot of support from the Indian community,” says Kamal.

“My maestro has a lot of new students who want to study ballet in India, after seeing my news. They really got inspired.

“I am hoping with my achievements, more people in India will chose ballet as a career.”

Until now, international Indian ballet stars have been a rarity.

“Talent sometimes can be hidden in places where you never think of,” says Viviana Durante, a former principal dancer with the Royal Ballet and artistic director at the English National Ballet School.

She selected Kamal for the programme – based solely on his online application – and has been impressed by his focus and versatility in class.

“Indian dancing is actually quite close to classical ballet – in the way they express themselves with their hands, and their upper body and their arms,” she observes.

“It’s up to us to make ballet more available to other cultures, to educate them and embrace them into our world.

“You need dancers who bring their own stories, their own culture – it makes it exciting.

“Dance is a language that we all speak. Money should not come into it.”

Kamal describes his first glimpse of ballet – less than five years ago – as “a turning point”.

“Right from the beginning, I always wanted to do something different,” says Kamal. “I wanted to dance, but my parents were not taking me seriously.

“Then, four years ago, I saw the Bollywood movie ABCD (Any Body Can Dance) and I saw ballet for the first time. It was a turning point.”

The young Kamal marvelled at “boys lifting girls with one hand and catching them… the jumping, the turning, the en pointe”.

“In my mind, there is no comparison to ballet.”

It’s been a month since Kamal arrived in London and the misty November nights are drawing in. His rigorous training follows a strict schedule, interrupted only by long walks around the capital, trips to the shops to seek out his favourite Indian foods and catching up with his family on WhatsApp. He lives alone, but insists he is not lonely.

“Ballet is not for everybody. It’s for those who are smart – physically – but most of all, mentally. Anybody can learn the techniques. But often it’s about keeping your head – and positivity.”

Durante, who teaches Kamal, agrees: “You train the dancer, but you’re actually training the person – you are helping the person to grow and to be the best of themselves.

“The stakes are high and you have to do your best to stay optimistic. You have to be very resilient.

“It’s not an easy career – it’s a short career – but it’s very addictive. Once you start you don’t want to let it go.”

This year, there are only three boys on the English National Ballet trainee programme, and all come from somewhere where ballet was not an obvious, or easy, career choice.

Joel, 20, is longing to take his place in a ballet company. Having already studied at the English National Ballet School for three years, he says the trainee programme is about “perfecting his craft”.

He, like Kamal, relies on the support of a private sponsor to pay for his studies. He can rarely afford to travel home and misses family gatherings in his village, the food and the sunshine.

He believes the costs involved in becoming a ballet dancer – and race – are still barriers to success.

“It shouldn’t be that expensive for someone to take a class. It’s so expensive. And then you have to get a leotard or some ballet shoes… I have seen this, when I am back at home in Kenya, teaching.

“There is so much needed to get that one kid in class. And then you put them in that class and they look in the mirror, and it’s only them – the whole class is different.

“You have to be tough-minded.”

For Jose Hurtardo, 20, ballet runs in the family: both his parents were dancers and his younger brother is attending the same Mexican ballet school where he himself trained.

“My first class was when I was five years old, but I already knew everything because that’s basically all we talked about in my family!”

Even so, his parents thought a career in ballet was “too hard” – and he relates being picked on at school where football was king.

He too is supported by scholarships and sponsorship – but he is convinced the ballet world is “definitely changing”.

“I am a boy, I’m Mexican. Joel is a black guy from Africa. Kamal is from India – it’s crazy how we all get to do ballet now.

“I feel really supported. And I can dance, every day.” 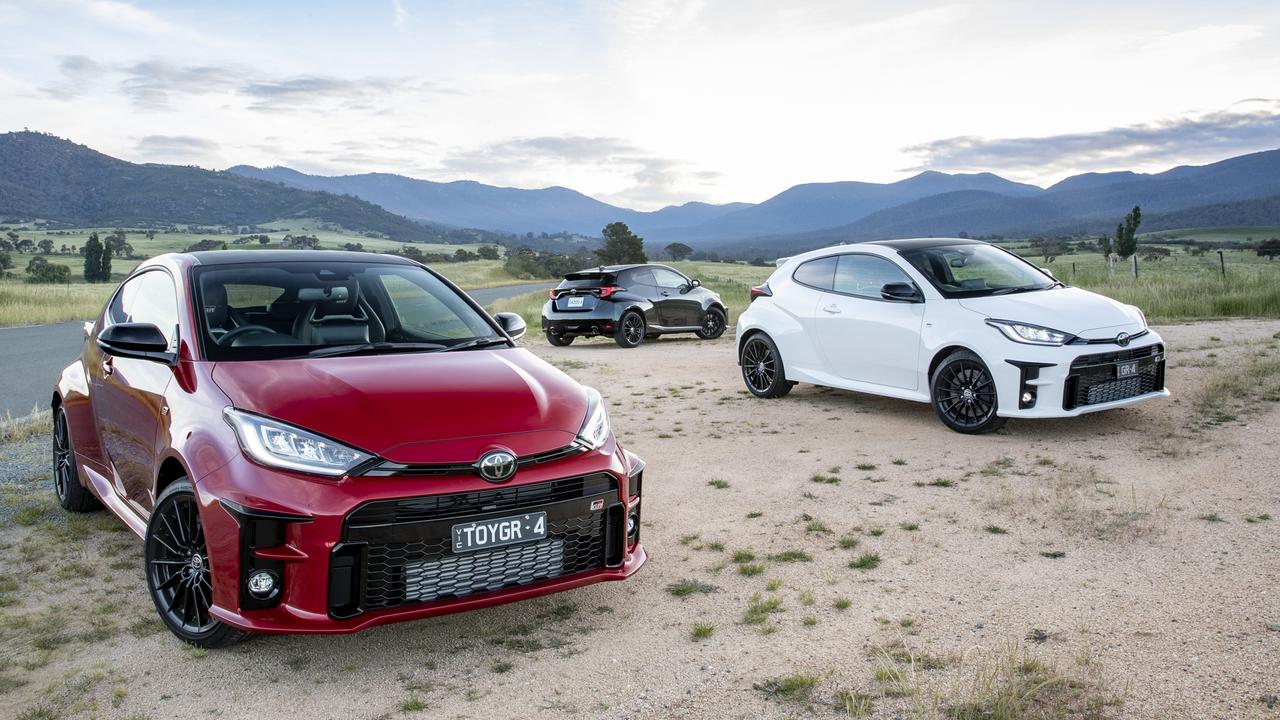