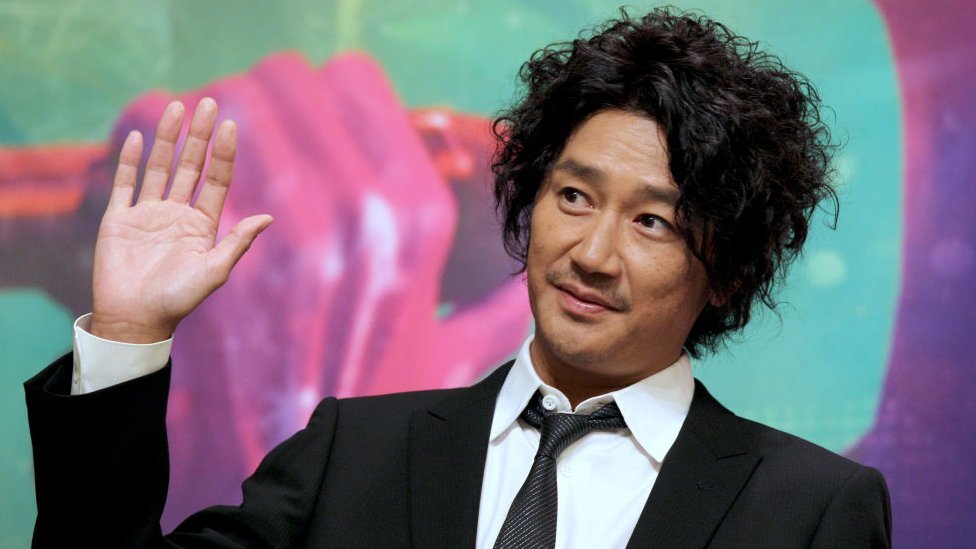 By Preeti JhaBBC NewsPublishedduration5 hours agoimage copyrightGetty Imagesimage captionMr Kondo was a J-Pop idol in the 1980sA veteran Japanese singer has been suspended by his agency after admitting to an extra-marital affair.Johnny & Associates said Masahiko Kondo’s “thoughtless” behaviour deserved “strict punishment”.The 56-year-old has since been barred from all work engagements.It is common for public…

A veteran Japanese singer has been suspended by his agency after admitting to an extra-marital affair.

The 56-year-old has since been barred from all work engagements.

It is common for public figures in Japan to face censure and strict penalties after an affair is exposed, but some people have questioned the professional repercussions of this.

Johnny & Associates, one of Japan’s most powerful talent agencies, said that as a married man Mr Kondo’s “behaviour was thoughtless” and “lacked awareness and a sense of responsibility”.

“After careful consideration we decided that strict punishment was needed,” it said in a statement.

Mr Kondo, who was a J-Pop idol in the 1980s, had apologised and offered to step back to reflect on his behaviour and “to become a better person”, the agency added.

The singer, who is also known as Matchy, was widely criticised on social media as some fans expressed dismay about his behaviour, while others expressed sympathy for his wife.

But the news also did not surprise many as there had been previous reports about Mr Kondo’s affairs in Japan.

“In the current context of attention to women’s issues and #MeToo, his censure is a wake-up call for male celebrities,” said Professor Jennifer Robertson, an anthropologist specialising in Japan from the University of Michigan.

Some have questioned the scrutiny of his private life while not condoning his behaviour.

Affair is a personal issue between the husbands and wives. But in JAPAN who’s having affair just like criminal. Sometimes Making a fuss about personal issues.I’m not saying that I’m in favor of affair. What a hell in this country.

Professor James Farrer, a sociology professor at Sophia University in Tokyo, said there was a long history of talent agencies policing entertainers’ sexual lives in Japan and other countries in East Asia.

One reason is that the notion of sex outside marriage is viewed by some as an affront to public morality.

Often “the offence is more about the affair being exposed than the affair itself. This idea is a bit dated since younger people in Japan tend to regard sexual matters as a private concern,” he said.

The practice of monitoring employees’ private sexual behaviour “now runs up against newer norms that would view such monitoring as potentially a form of sexual harassment of employees by management”, Prof Farrer added.

Other public figures in Japan have resigned over similar exposures.

In 2016 a Japanese MP who had sparked a national debate about paternity leave quit office after admitting to having an affair as his wife was due to give birth.

Last month the Japan Swimming Federation suspended Daiya Seto, one of the world’s top swimmers, for the rest of the year after a gossip magazine published evidence that he was having an extra-marital affair.

There have been notable resignations in other countries too.

In 2012 Singapore’s Speaker of Parliament Michael Palmer resigned after admitting to an extra-marital affair, saying he wanted to avoid causing “embarrassment” to the ruling People’s Action Party.

The same year CIA director David Petraeus resigned over an affair, describing his behaviour as “unacceptable” for the leader of the nation’s main intelligence agency.

In 2004 Boris Johnson, now the UK’s prime minister, was sacked from a shadow ministerial role for allegedly lying over an affair – something he had denied as an “inverted pyramid of piffle”.