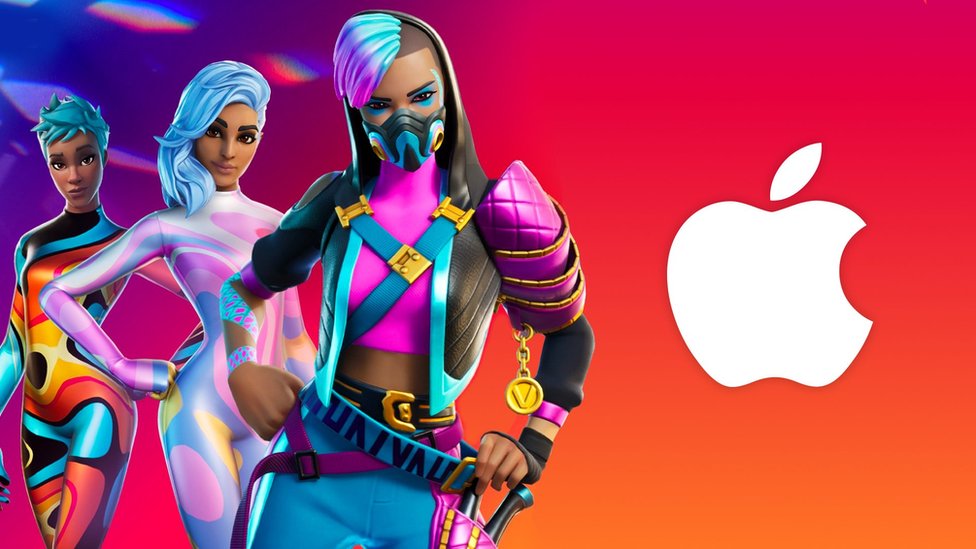 Publishedduration3 hours agoNvidia has confirmed Fortnite is coming back to iPhones through its cloud gaming service, despite Apple having thrown the game off its App Store.The company’s GeForce Now service is now available through the Safari web browser – bypassing the store entirely.Apple has banned Fortnite from its services amid a continuing legal battle with…

Nvidia has confirmed Fortnite is coming back to iPhones through its cloud gaming service, despite Apple having thrown the game off its App Store.

Apple has banned Fortnite from its services amid a continuing legal battle with the game’s owner, Epic Games.

Nvidia said a touch-enabled Fortnite was “coming soon” to the mobile browser.

Plans for what is, in effect, a workaround were first reported by the BBC in early November.

GeForce Now usually streams PC games over the internet without having to install them, offering games on-the-go via use of a keyboard, mouse and/or controller if there is a good enough internet connection.

The addition of touch controls means the version of Fortnite streamed to iOS will not be the same as the one that usually runs on PCs. Nvidia said that change “will delay availability of the game”.

“While the GeForce Now library is best experienced on mobile with a gamepad, touch is how over 100 million Fortnite gamers have built, battled and danced their way to victory,” it said.

For Nvidia, the move is about more than just Fortnite. Apple has put onerous restrictions on game-streaming apps which means that GeForce Now, Google Stadia, and Xbox streaming have all been unable to launch on Apple mobile devices via native apps of their own.

But streaming apps through a web browser – instead of a dedicated app – is allowed under Apple’s rules.

George Jijiashvili, a games analyst at Omdia, was sceptical about how long the service would remain functional.

“GeForce Now will serve as an official workaround for iOS users, but I believe that a reaction from Apple is imminent, which could possibly lead to blocking or diminishing the quality of the service on Safari,” he warned in a blog post.