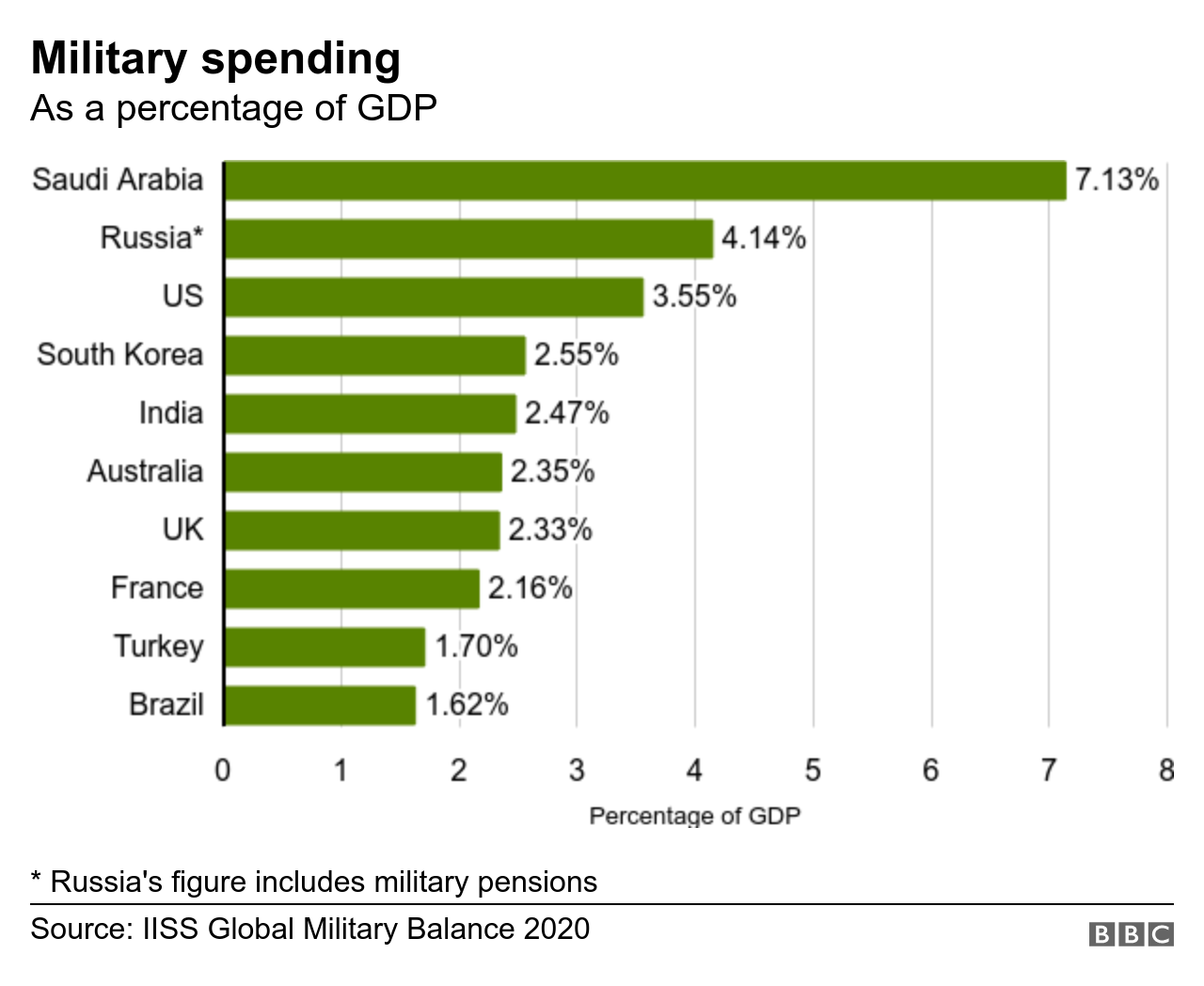 A “once-in-a-generation modernisation” of the armed forces is required to extend British influence and protect the public, Boris Johnson has said.

“I have decided that the era of cutting our defence budget must end, and it ends now,” he said.

Labour welcomed more defence spending but asked how it would be funded.

Outlining the new package in the Commons, the PM – speaking over video link as he is self-isolating – said the benefits “will go far beyond our armed forces”.

Mr Johnson described the increase in defence spending as being worth £16.5bn in new money over four years.

However Ben Zaranko, from the Institute of Fiscal Studies, said that while this represented a big rise in spending, the figure of £16.5bn was a “misleading way to present this announcement”.

He continued: “It would be more accurate to say that by 2024-25, defence spending will be £7bn higher than it would have been under previous plans.”

Mr Johnson said: “Our plans will safeguard hundreds of thousands of jobs in the defence industry, protecting livelihoods across the UK and keeping the British people safe.”

Outlining the benefits the new funding will bring to the armed forces, the PM pledged to end defence budget cuts and restore Britain as “the foremost naval power in Europe” with a “renaissance of British shipbuilding across the UK”.

He said the UK would deploy more resources to protect shipping lanes that supply the country and press on with renewing the UK’s nuclear deterrent.

The PM said the funding would allow investment in new technology such as:

“From aerospace to autonomous vehicles, these technologies have a vast array of civilian applications opening up new vistas of economic progress, creating 10,000 jobs every year – 40,000 in total – levelling-up across our country and reinforcing our union,” Mr Johnson added.

This is a big win for Defence Secretary Ben Wallace, who’s been fighting hard for a significant increase in defence spending and a long-term financial settlement to end what he calls a cycle of overambitious, under-funded defence reviews of the past.

The Treasury had been arguing for a much smaller annual increase. But Mr Wallace found an ally in the PM, who says his first priority is defence of the realm.

The extra money will be used to modernise the armed forces with more spent on robots, autonomous systems and meeting new threats in the domains of space and cyber.

Despite the palpable relief inside the MoD it still has to fill a £13bn black hole in its equipment budget. Difficult decisions about cutting old equipment to fund the new are still to be made.

The MoD, which doesn’t have a strong track record of balancing its books, now has to prove it can spend wisely.

And good news for defence might also mean bad news for other government departments – there’s already speculation the international aid budget could be cut.

Labour leader Sir Keir Starmer asked Mr Johnson whether the money would be raised through spending cuts or tax rises, or both.

Mr Johnson did not respond to the question but said Sir Keir’s record of support for the armed forces was “very thin indeed”.

He added: “When I looked across at the armed forces today I saw them with equipment that was out-of-date, I saw our adversaries across the world having better equipment, the ability to attack us and harm us getting wider and wider from our capabilities.

“And when that happens, time runs out and you need to modernise your forces.”

The funding announcement is part of the first conclusions of the government’s Integrated Review which looks at security, defence, development and foreign policy.

Labour’s shadow defence secretary John Healey said the extra money would give “a welcome and long-overdue upgrade to Britain’s defences after a decade of decline”.

Conservative MP and defence select committee chairman Tobias Ellwood said: “This is a lot of money but ultimately there are still huge financial pressures facing our armed forces.”

But he said the “key takeaway” for him was the “message this sends to the British people, to the MoD as well, that we want to be back as a strong power capability”.