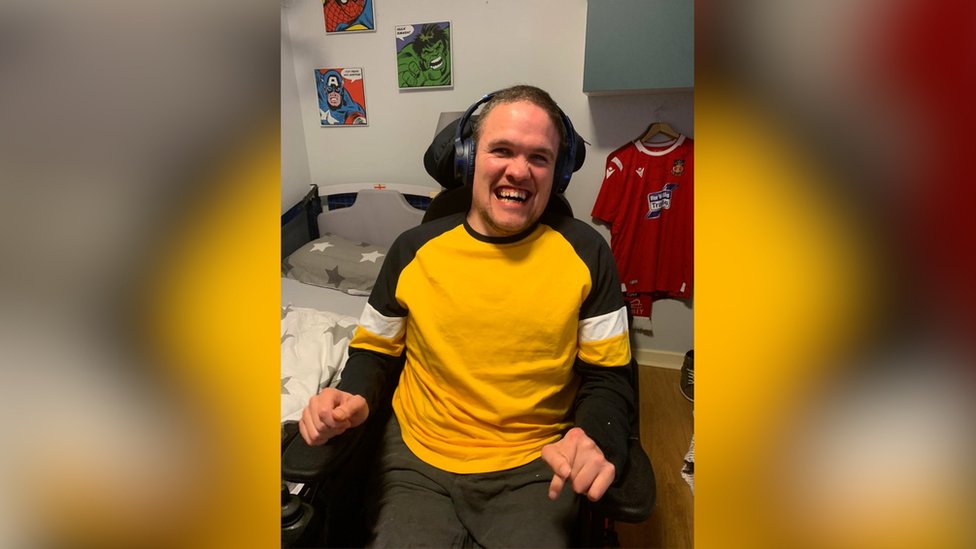 Aiden Stott, who has cerebral palsy, had been trying to raise the cash to get a bathroom so his family could wash him.

On Wednesday, he woke up to find the entire sum had been donated by actor Rob McElhenney, who is set to take over the club, alongside Ryan Reynolds.

The football fan, who has been a season ticket holder for several years and is a member of the club’s Disabled Supporters’ Association, said he was blown away by the generosity of everyone who had donated.

“It means the world to me, it really does,” said Mr Stott.

After cuts to his care, the 37-year-old’s parents sold their family home to buy a flat for him to live closer to them in Manchester.

But after finding out adapting the bathroom to make it safe for Aiden, his family and carers, would cost £6,000, the family decided to set up a fundraising campaign.

“I had been deliberating whether to do it or not, because there are so many people in worse positions than us, it’s not like Aiden is starving, he’s got a roof over his head,” his sister Cheryl said.

While a number of people had already donated to the fundraising campaign, Cheryl said she was woken up on Wednesday by a friend telling her to look at the page.

“It was there, his name, no message, obviously I wrote a message to him and told him he made my mum cry, but we haven’t heard anything from him,” she said.

“That a Hollywood movie star looked at a picture of my brother and read his little story and what he’s going through, it’s just incredible.

“It’s amazing that he bought the club in the first place, which we are all really excited about, but to do that as well, it just shows his true character and meaning.”

Ms Stott, a firefighter, said since the donation, more companies had come forward saying they would adapt the bathroom for a lower price.

“This means we can get him carers quicker as well… it’s not just the bath it’s being able to employ people to look after him and not to rely on his dad,” she said.

Steve Gilbert, chairman of the club’s Disabled Supporters’ Association, said everyone was overwhelmed by the star’s generosity.

Mr Gilbert said he tweeted McElhenney the link to Aiden’s campaign on Tuesday in the hope he could generate some interest.

“I am still choked up about it, I still can’t really put into words what it means,” he said.

“Rob contacted us on Twitter five or six weeks ago, he told us he had spoken to Ryan, and he had said accessibility and inclusion was very important to them.

“A day into their ownership and they have already done this, we are just chuffed.”

Mr Stott said he would love to meet the club’s new owners and thank McElhenney for his lovely gift.

“That would make my day,” he said.