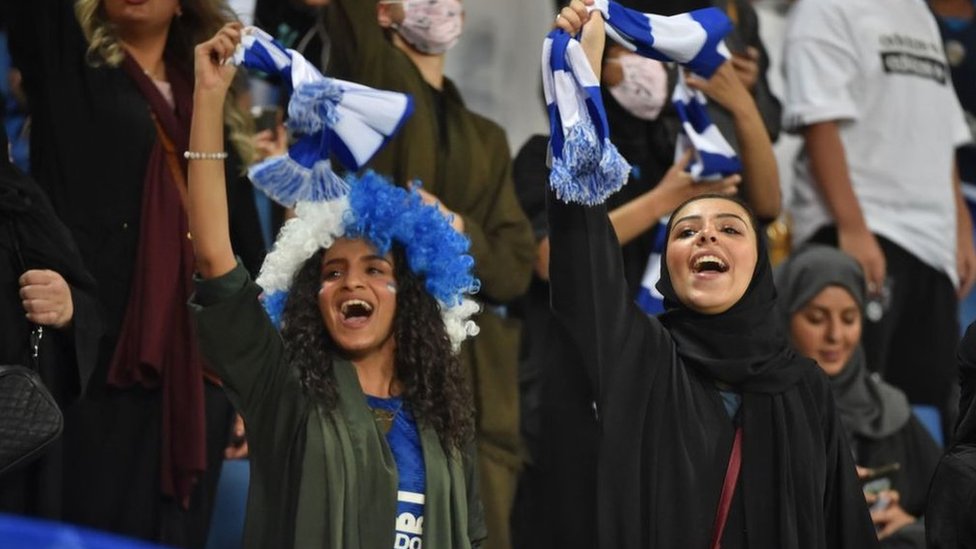 Publishedduration37 minutes agoimage copyrightAFPimage captionWomen in Saudi Arabia have been allowed to watch football matches at stadiums since 2018Saudi Arabia’s first women’s football league has begun, after being postponed because of the coronavirus pandemic.More than 600 players for 24 teams based in Riyadh, Jeddah and Dammam are competing for a championship cup.The opening matches on…

Saudi Arabia’s first women’s football league has begun, after being postponed because of the coronavirus pandemic.

More than 600 players for 24 teams based in Riyadh, Jeddah and Dammam are competing for a championship cup.

The opening matches on Tuesday evening were not televised, but Saudi media hailed them as another step forward for women’s participation in sport.

For many years, the authorities cited cultural norms and religious teachings in denying women the right to participate in sporting activities. Conservative clerics warned that opening sports to them would lead to immorality.

Seven matches took place in the capital Riyadh and the Red Sea city of Jeddah on the opening day of the Saudi Women’s Football League (WFL), which had been due to kick off in March.

The teams will compete in their respective cities before participating in the final nationwide championship stage, where the championship cup will be awarded. The total prize fund is 500,000 Saudi riyals ($133,000; £100,000).

The government-run Saudi Sports for All Federation (SFA) said that through the WFL it was striving “to empower women and to encourage them to become active and to participate in sports at the community level”.

Abdullah Alyami, a Saudi football coach and sports journalist, told Arab News before Tuesday’s matches that it was a “very happy day for all athletes, be they male or female”.

“Based on what we’ve seen, and how beloved the sport of football is all over the kingdom, I believe we will see many more of our sisters getting involved in professional sports,” he said.

Najla Ahmed, a 16-year-old from Riyadh who plays football for her school, told the newspaper that she would try out for a local team in 2021.

“I’ll be 17, and therefore eligible, and I would love to see anyone try and stop me.”

However, critics of the Saudi government dismissed such events as “sportswashing” – designed to cover up the country’s poor human rights record, including the continued detention of several women activists who had campaigned for reforms.