Israel’s military says it launched air strikes against Iranian and Syrian military targets in Syria overnight, after explosive devices were found in the Israeli-occupied Golan Heights.

The Syrian state news agency said the country’s air defences had “confronted an Israeli aerial aggression” and downed a number of missiles.

It reported that three Syrian soldiers were killed and another was injured.

But a monitoring group reported that 10 people died, including five Iranians.

Israel has repeatedly struck Iranian targets in Syria and those of allied militia groups in recent years, but it rarely publicly claims responsibility.

It has said it will not tolerate Iranian “entrenchment” in Syria.

The devices were planted by a Syrian squad on the orders of Iran’s Quds Force, the main overseas operations arm of the Revolutionary Guards, he added.

“That is why we decided to retaliate against them in Syria.”

Israeli fighter jets hit eight targets belonging to the Quds Force and the Syrian army, including “storage facilities, headquarters and military compounds”, as well as Syrian surface-to-air missile batteries, according to the Israeli military.

Lt Col Conricus said three Iranian command centres were hit – a headquarters at Damascus international airport, a Quds Force base inside the headquarters of Syrian Army’s 7th Division, and a “secret military site which served as a hosting facility for senior Iranian delegations”.

“We hope now that the message is clear – that it is unacceptable that the Syrian regime allows and tolerates and facilitates the use by Iranian forces of Syria as a launchpad for attacks against Israel,” he added. 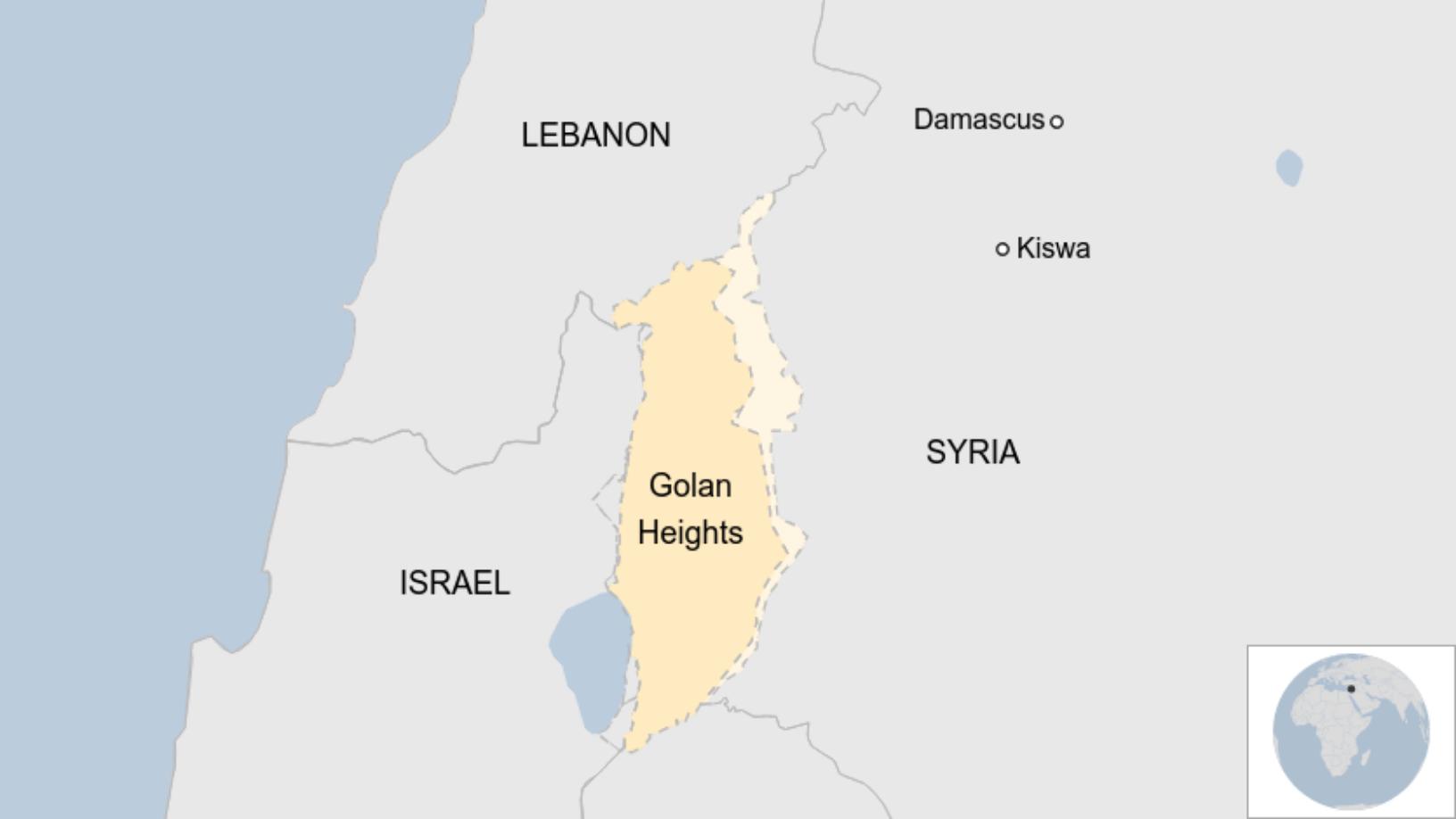 Syrian state television showed blasts in the sky above the capital Damascus before dawn on Wednesday.

“The Israeli enemy launched an aerial aggression from the direction of the occupied Syrian Golan that targeted the southern region as the Syrian air defences confronted it and downed a number of rockets,” a military source later told the official Sana news agency.

The source added: “Three soldiers were martyred in the aggression, and a soldier was injured, in addition to causing material damage.”

The Syrian Observatory for Human Rights, a UK-based monitoring group, reported that the strikes targeted air defence positions near Damascus airport and south-east of the city, as well as positions and ammunition depots used by pro-Iran fighters near Sayyida Zainab and Kiswa.

Seven foreigners were killed in addition to the three Syrian soldiers, it said.

They comprised five fighters who were “likely Iranian and belonging to the Quds Force”, and two others who may have been Lebanese or Iraqi, it added.

Western intelligence sources suggest Israel has stepped up strikes on Syria this year with US approval, in an effort to check Iran’s military reach.

The latest strikes took place hours before US Secretary of State Mike Pompeo was due to arrive in Israel for a three-day visit.

Israeli media report that Mr Pompeo is expected to become the first top American diplomat to visit the Golan Heights. The state department has not yet confirmed his itinerary.

Israel seized the Golan Heights from Syria in the 1967 Middle East war. In 2019, the US became the first country to recognise Israeli sovereignty over the area since Israel effectively annexed it in 1981.