A new military pact between Australia and Japan has been slammed as “dangerous” by Chinese state-owned media, which warns ganging up on Beijing will come at a cost. The deal will strengthen relations between Australian and Japanese defence forces, give the green light to joint military exercises in the East and South China seas, and…

A new military pact between Australia and Japan has been slammed as “dangerous” by Chinese state-owned media, which warns ganging up on Beijing will come at a cost.

The deal will strengthen relations between Australian and Japanese defence forces, give the green light to joint military exercises in the East and South China seas, and co-operation on humanitarian disaster relief.

But the Global Times said the US allies were forcing China to explore deeper military co-operation with other nations.

“We suggest Japan and Australia exercise restraint on the way to form a quasi military alliance against China,” it wrote on Tuesday night.

“They will surely pay a corresponding price if China’s national interests are infringed upon and its security is threatened.”

The Global Times condemned both nations for “recklessly” taking the first step to conduct deep defence co-operation that targets a third party, and accused them of shifting the responsibilities of safeguarding regional unity to China.

“This is not only unfair, but also very dangerous,” it wrote.

“China is unlikely to remain indifferent to US moves aimed at inciting countries to gang up against China in the long run.

“It’s inevitable that China will take some sort of countermeasures.”

The in-principle agreement that has fuelled tensions with China was announced during Scott Morrison’s meeting with Japanese Prime Minister Yoshihide Suga in Tokyo on Tuesday.

Australian officials have been working on the historic pact for six years; however, the development also comes amid a growing trade dispute with Beijing.

Trade Minister Simon Birmingham said Australia’s new military pact with Japan should have “no bearing” on its relationship with China.

“It should not be interpreted as anything other than Australia and Japan working closely together,” Senator Birmingham told ABC RN.

“The door is open from the Australian perspective, and the ball is very much in China’s court to be able to sit down and have that proper dialogue.

But Beijing’s Foreign Ministry spokesman Zhao Lijian on Wednesday rejected the assertion, saying it was a “series of wrong moves” from Australia that caused relations to take a downturn.

“It is clear that some people in Australia, with their Cold War mentality and ideological prejudice, tend to regard China’s development as a threat and have subsequently taken a series of wrong moves related to China,” he said.

“We hope that the Australian side will own up to the real reason for the setback in bilateral relations.”

Mr Zhao went on to give three examples, which included:

• Promotion of an independent international inquiry into the COVID-19 pandemic

“These acts have seriously damaged mutual trust between the two countries, poisoned the atmosphere of bilateral relations and curtailed the original good momentum of practical co-operation between China and Australia,” Mr Zhao said.

“The Australian side should reflect on this seriously rather than shirking the blame and deflecting responsibility.” 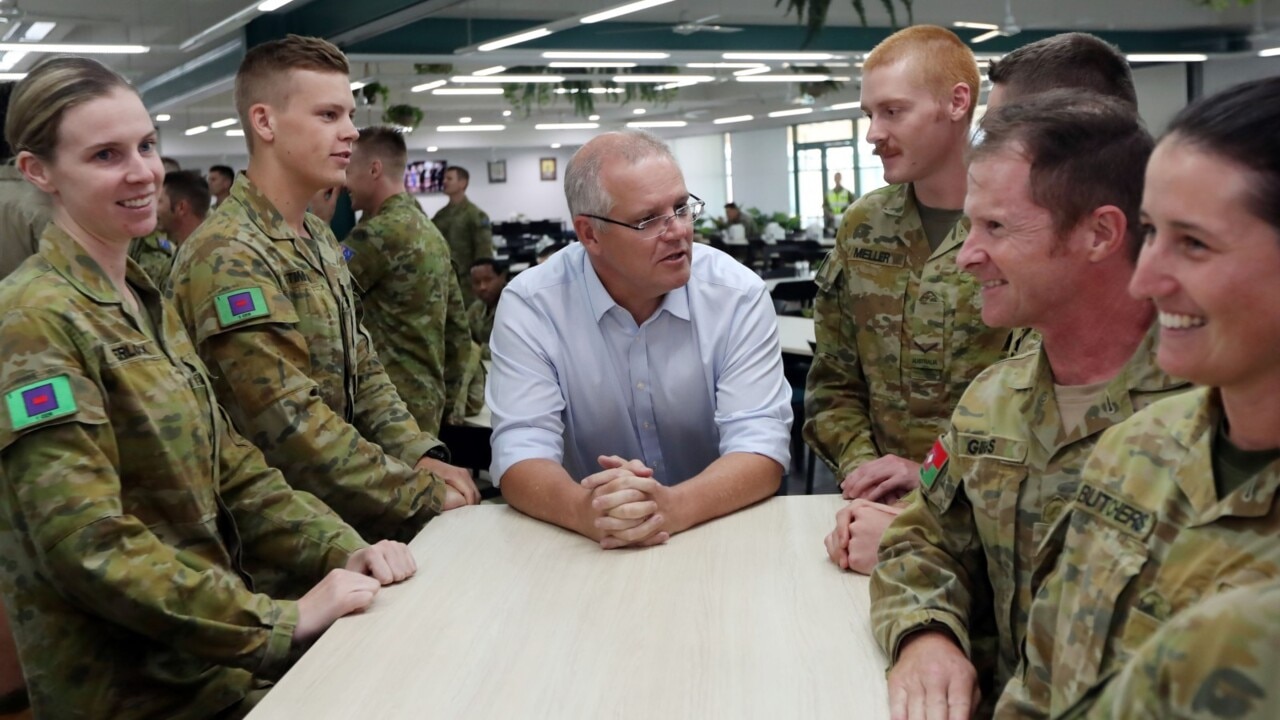