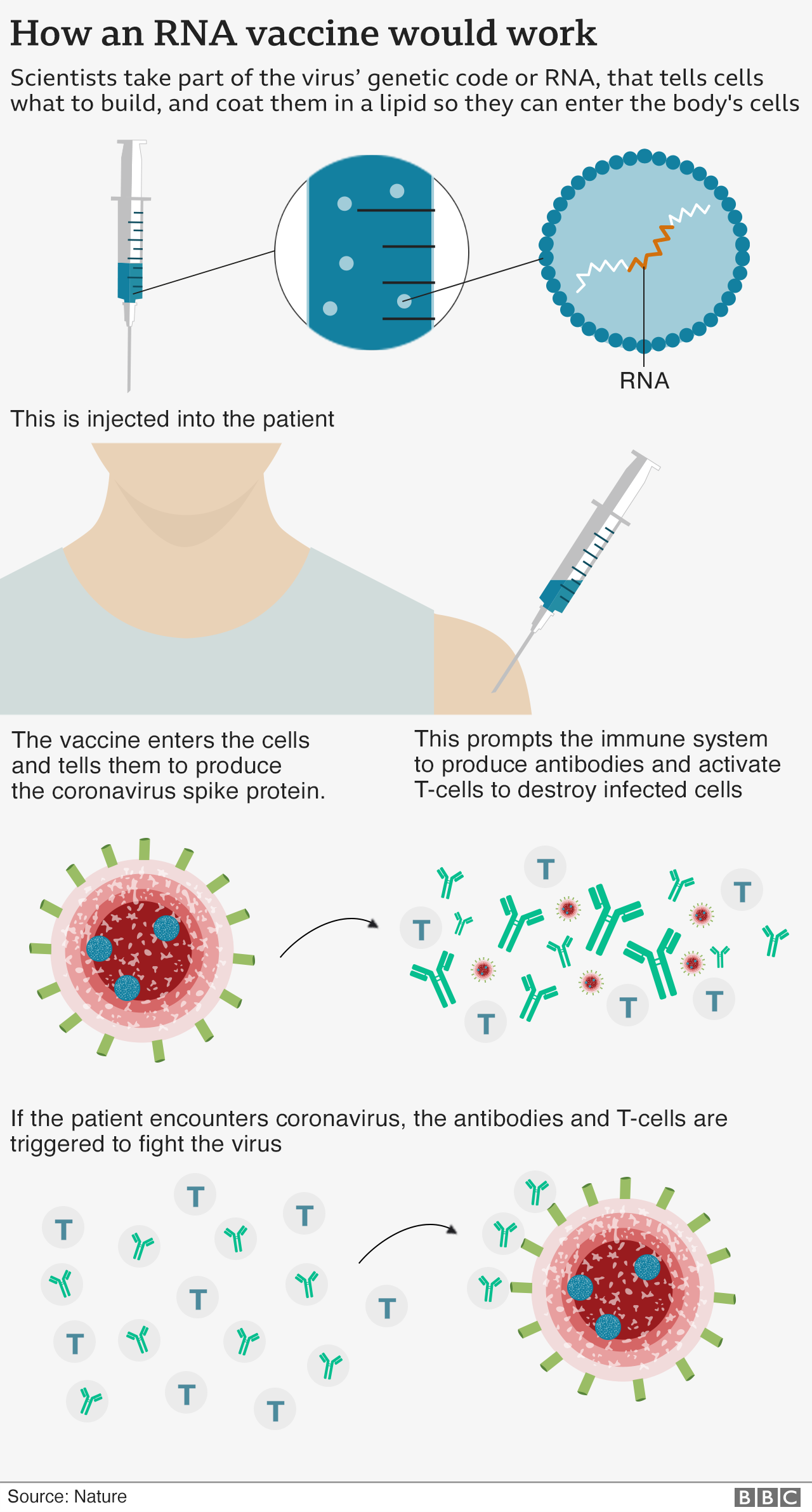 Publishedduration1 hour agoimage copyrightGetty ImagesThe coronavirus vaccine developed by Pfizer and BioNTech appears to protect 94% of adults over 65 years old.More data released from their ongoing phase three trial suggests it works equally well in people of all ages, races and ethnicities.The companies say they will now apply for authorisation for emergency use of…

The coronavirus vaccine developed by Pfizer and BioNTech appears to protect 94% of adults over 65 years old.

More data released from their ongoing phase three trial suggests it works equally well in people of all ages, races and ethnicities.

The companies say they will now apply for authorisation for emergency use of the jab in the US.

The findings are based on two doses given to more than 41,000 people around the world.

Last week, Pfizer and BioNTech published preliminary data showing the vaccine offered 90% protection against Covid-19 and there were no safety concerns.

This was followed by impressive data on another vaccine, made by US company Moderna, suggesting nearly 95% protection.

Wednesday’s data from Pfizer and BioNTech suggests the vaccine is 95% effective, based on 170 cases of Covid-19 developing in volunteers – just eight were in the group given the vaccine, suggesting it offers good protection.

The rest of the cases were in the placebo group given a dummy jab.

Although the full trial data has yet to be published, the companies say there have been no serious safety concerns. But they did notice headaches and fatigue in about 2% of volunteers given the vaccine.

In the trial, 42% of all participants are from diverse ethnic backgrounds and 41% are aged between 56 and 85 years old.

The trial, which is testing people at 150 sites in the US, Germany, Turkey, South Africa, Brazil and Argentina, will collect data on the safety and efficacy of the vaccine for another two years.

The companies behind it expect to produce up to 50 million doses of the vaccine this year and up to 1.3 billion doses by the end of 2021.

The UK has pre-ordered 40 million doses of this vaccine and should get 10 million by the end of the year.

It has also ordered 100 million doses of the Oxford-AstraZeneca vaccine, which is planning to release data from its phase three trial soon.

There are hundreds of vaccines in development around the world, and about a dozen in the final stages of testing, known as phase three.

The first two to show any results – made by Pfizer-BioNTech and Moderna – both use an experimental approach, called mRNA, which involves injecting part of the virus’s genetic code into the body to train the immune system.

Antibodies and T-cells are then made by the body to fight the coronavirus.

There are some logistical challenges with mRNA vaccines, namely the need to store them at cold temperatures.

The Pfizer vaccine must be stored at around minus 80C, although it can be kept in a fridge for five days.

Moderna’s vaccine needs to be stored at minus 20C for up to six months and kept in a standard fridge for up to a month.