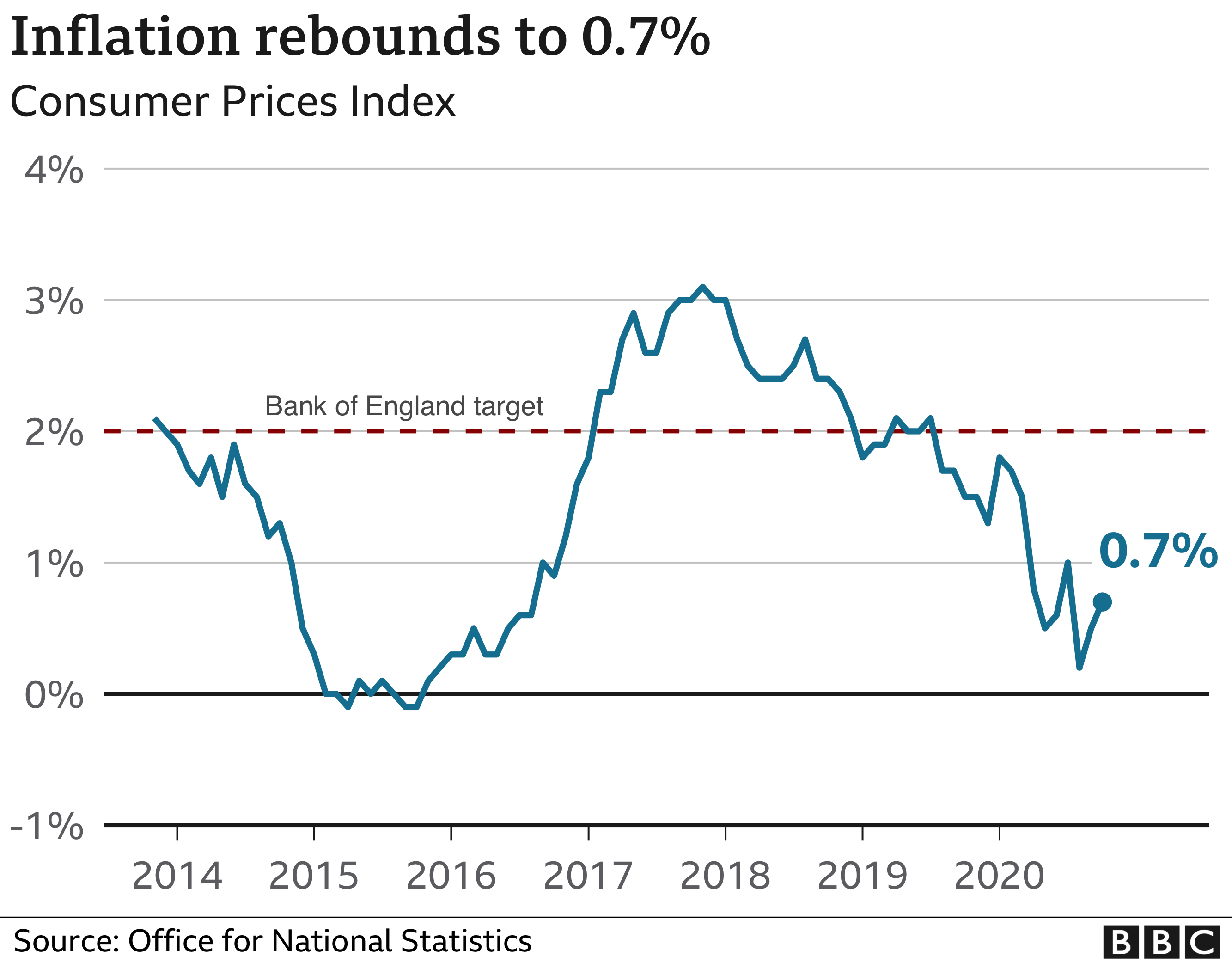 Publishedduration49 minutes agoimage copyrightGetty ImagesRises in the cost of clothing and food helped to push UK inflation higher-than-expected last month.The UK’s inflation rate, which tracks the prices of goods and services, jumped to 0.7% in October from 0.5% in September, official figures show.Second-hand cars and computer games also saw price rises, but these were partially…

Rises in the cost of clothing and food helped to push UK inflation higher-than-expected last month.

The UK’s inflation rate, which tracks the prices of goods and services, jumped to 0.7% in October from 0.5% in September, official figures show.

Second-hand cars and computer games also saw price rises, but these were partially offset by falls in the cost of energy and holidays.

Analysts had expected the rate to remain flat at 0.5%.

“The rate of inflation increased slightly as clothing prices grew, returning to their normal seasonal pattern after the disruption this year,” said Office for National Statistics deputy statistician Jonathan Athow.

Normally prices for clothes and shoes fall each year between June and July in summer sales before autumn ranges come in, and then rise before sales towards the end of the year, the ONS said.

Throughout 2020 this pattern has been different, with increased discounting in March and April, probably as a response to lockdown, it said. After a small increase in July and August, prices rose by more than a year ago.

Inflation is the rate at which the prices for goods and services increase.

It affects everything from mortgages to the cost of our shopping and the price of train tickets.

It’s one of the key measures of financial well-being, because it affects what consumers can buy for their money. If there is inflation, money doesn’t go as far.

Food prices rose between September and October, with most of the increase coming in fruit and vegetables, the ONS said.

However, car prices may stabilise and fall back in the middle of 2021 should a vaccine become widely available, according to Samuel Tombs, chief UK economist for Pantheon Macroeconomics.

The largest downward pressure on inflation was caused by a fall in household energy prices.

Gas prices dropped by 12.3% and electricity prices fell 3.2% between September and October.

This was mainly due to energy regulator Ofgem’s latest six month energy price cap, which came into effect on 1 October, the ONS said.