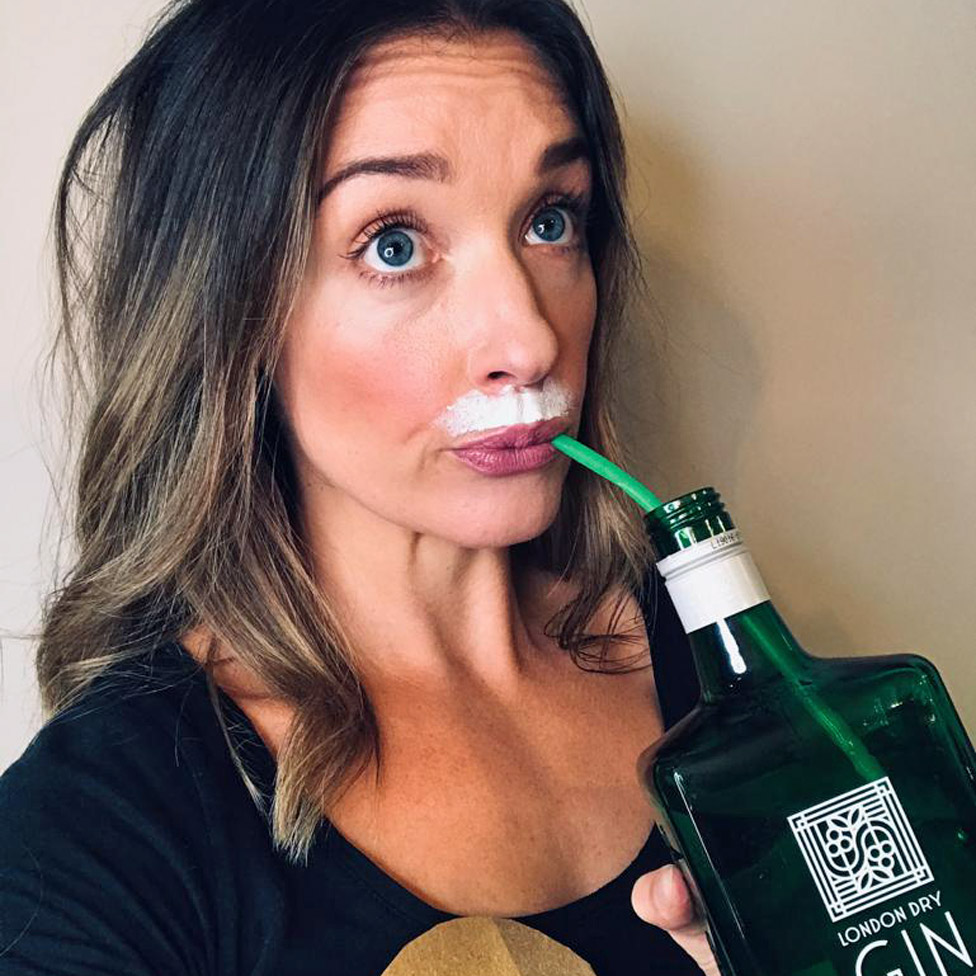 By Ian YoungsEntertainment & arts reporterPublishedduration2 hours agoimage copyrightSophie McCartneyObserving other mums on a wild hen night while she was sober inspired comedian Sophie McCartney to make spoof Attenborough-style videos about parenthood. Her Planet Birth series has now won a Funny Women award.Being part of a drunken hen or stag party is, as most people…

Observing other mums on a wild hen night while she was sober inspired comedian Sophie McCartney to make spoof Attenborough-style videos about parenthood. Her Planet Birth series has now won a Funny Women award.

Being part of a drunken hen or stag party is, as most people will know, a very different experience from watching one while sober.

So when Sophie McCartney went on a hen do while pregnant and therefore tee-total, she suddenly had a new, clear-headed view of the night’s high-spirited antics.

“There were a lot of mums out in the group, and I was watching them all. I was like, oh my goodness, is this what we are like?” she laughs. “I was seeing it with a fresh pair of eyes.”

Her fellow young mums were the most raucous, she says. “It was a bit like they were on day release and it doesn’t normally happen, so you all get ridiculously overexcited… and maybe you’re a little bit out of touch with the drinking as well so you have a few too many.

“You don’t know your limits any more. And they just all go wild.”

McCartney watched this form of wild life like David Attenborough observing the rituals and interactions of a particularly boisterous species. And that gave her an idea.

She had already been posting popular comedy videos and parody songs online, and decided to create a series taking the Attenborough approach to all aspects of motherhood.

The first video was of The Hungover Mum. “Having lived through hangovers as a parent, it’s pretty awful,” the 36-year-old says. “Having to pull yourself together and still go to football and stand at the side of the pitch and cheer, and also wanting to go and crawl into a bush and die a slow death.”

That was followed by wildlife mockumentaries about the School Run Mum, the Birthday Mum, the Exercise-Shy Mum and the Lockdown Mum.

“It was too easy in a way to take that approach and look at mums like that,” the comedian says. The six episodes have had more than 15 million views on Facebook, and Planet Birth was voted best web series at last month’s Funny Women Awards.

McCartney took up comedy in 2017 with a parody of Ed Sheeran’s Shape of You – inspired by having young children – with lyrics like: “Last night you were in my room / And now my bedsheets smell like poo.“

She almost didn’t post it, worrying that the couple of dozen people she expected to watch would think her ridiculous. But the reception went far beyond anything she imagined.

“By the evening it had hit a million and I was like, oh, I think that’s quite good. From there it just snowballed.”

The play count had reached more than 20 million when Sheeran’s record label came across it. “Universal weren’t very happy with me,” she says. “Touchy. It’s a grey area with music on the internet. So I had to take it down. But I didn’t get sued, so it was a good day for everybody.”

From there, she started making regular videos with a humorous take on family life. “Some things are exaggerated to a comedic point, as with all comedy, but then there are a lot of situations that I’ve lived through myself,” she says.

Her recent videos include Nitbag, a Fleabag spoof about head lice. “Pretty much everything in there I’ve lived through for the past three weeks and it’s been godawful. So I take inspiration from literally things that are happening on a day-to-day basis,” she says.

“If you didn’t laugh at half the things that happened to you on a daily basis, you’d just cry in a corner.”

The most-viewed video on her Facebook page is a chronicle of an underwhelming, over-priced day out at a family festival, which features McCartney dragging her screaming daughter through the mud while attempting to stay cheerful. Lots of people will have been there.

“A lot of the struggles I go through on a day-to-day basis, the laughs or the bad days, I know 90% of the other mums and dads out there are also going through at the same time,” McCartney says. “They like to be able to laugh at the good and the bad.”

Some things in life have no funny side, however.

In August, McCartney broke with her usual tone to post a video titled Miscourage about having a miscarriage, and having to go through the process in hospital on her own because of the pandemic.

The taboo of miscarriage

“It was quite cathartic for me because it was almost a process of getting it off my chest and letting it all out and talking about it,” she says.

“But I also knew there were so many women that would have gone through exactly the same thing, a lockdown miscarriage when you weren’t allowed partners to be with you, and it was a very traumatic experience.

“I wanted to break down the taboo of miscarriage and the fact that we feel like we can’t talk about it, especially when you’re under 12 weeks. I was 11 at the time. When I thought about it, I thought, how ridiculous that we don’t tell people until we’re 12 weeks because we’re worried about something happening.

“But then actually when something does happen, nobody knows, and nobody knows to help, and it’s a bit of a weird one to just pick up the phone and be like, ‘I haven’t seen you in weeks, and by the way I’ve just had a miscarriage’. So I just wanted to put my story out there to hopefully encourage other women to speak about their own.”

As the resulting comments prove – like with the subjects she chooses for her comedy – it is a situation lots of people have lived through.

She has returned to mining her rich seam of lighter parenting moments, and is also making spoof make-up tutorials, writing a book, and has had talks with a TV production company.

In the moments when she’s struggling to be productive, however, Liverpool-born McCartney tries to draw motivation from her dad’s cousin – a musician named Paul.

“Sometimes I whack on a couple of Beatles tracks and go, OK, just do something. Do something more with your life,” she laughs. “It’s quite good to have that as a benchmark, to have one of the most famous men on the planet to look up to.”

Before lockdown, she also started performing live stand-up, which she says is “something I never thought I’d do in a million years”.

She adds: “It’s the most terrifying thing I’ve ever done in my entire life but it was also the best. It’s this weird adrenaline junkie thing when you do stand-up. You fret about it for weeks before you do it. I felt sick every day. And then I did it, and I was like, I want to do it again!”

She’s hoping to get back on stage soon, and admits she’s lucky to have been able to keep earning money from making people laugh online during lockdown.

“It’s been quite difficult for a lot of comedians going the other way – [people] who have been big on the circuit but maybe not had as big a social media following,” she says.

“So I’m very fortunate to call this my job and still get paid for it and be OK.”