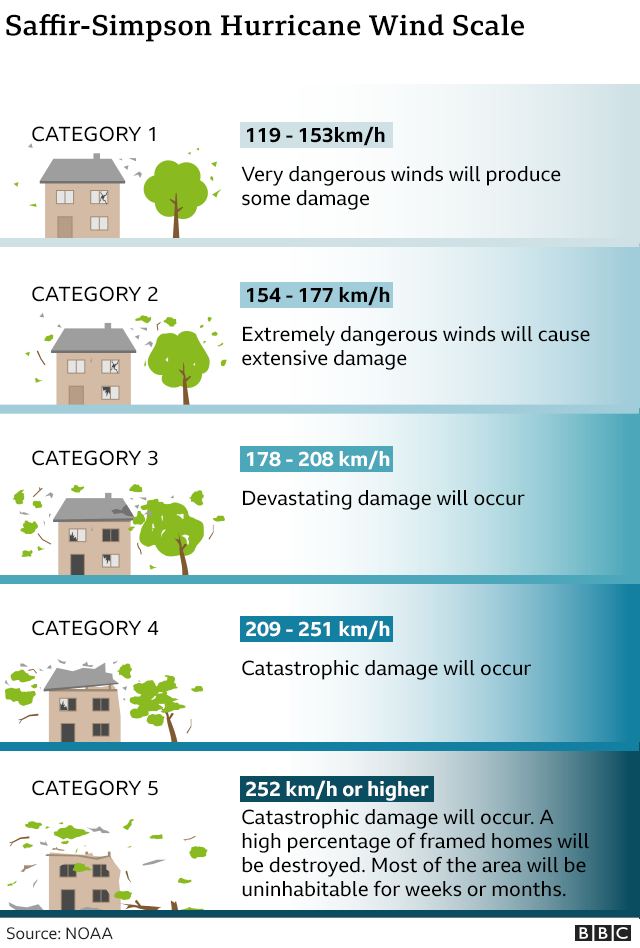 Publishedduration2 hours agomedia captionStorm Iota heads towards Central AmericaHurricane Iota has strengthened as it roars towards Central America, with meteorologists warning of “potentially catastrophic winds” and “life-threatening storm surge”.With winds of up to 160mph (260km/h), it is now a category five storm – the strongest on the Saffir-Simpson scale. Iota is predicted to make landfall…

Hurricane Iota has strengthened as it roars towards Central America, with meteorologists warning of “potentially catastrophic winds” and “life-threatening storm surge”.

With winds of up to 160mph (260km/h), it is now a category five storm – the strongest on the Saffir-Simpson scale.

Iota is predicted to make landfall in north-eastern Nicaragua and eastern Honduras later on Monday.

Parts of Central America remain water logged by the passing of Hurricane Eta.

Before reaching Central America the storm is forecast to pass over Providencia, a Colombian island in the Caribbean.

The NHC has warned that heavy rainfall from Iota could lead to “life-threatening flash flooding and river flooding across portions of Central America”.

The effect of the rains could be particularly devastating in areas already drenched by Hurricane Eta two weeks ago.

Eta left at least 200 people dead. The worst-hit area was Guatemala’s central Alta Verapaz region, where mudslides buried dozens of homes in the village of Quejá, with some 100 people feared dead.

At least 50 deaths were reported elsewhere in Guatemala.

Honduras, Guatemala and Nicaragua have evacuated residents living in low-lying areas and near rivers in the Atlantic coastal region which Iota is expected to hit.

A resident of Bilwi, a coastal town in Nicaragua, said some locals were refusing to leave their homes for fear of catching coronavirus in shared shelters.

“Some of us prefer to stay and die in our homes. There has never been a repeat hurricane in such a short time, but what can we do against the force of God and nature,” Silvania Zamora told AFP news agency.

“We are worried, nervous. Psychologically we are not doing well, because losing our things and starting over is not easy. Some of us have old little houses and we risk losing everything,” she added.

In Honduras, the country’s second city and its industrial hub, San Pedro Sula, is bracing for major flooding.