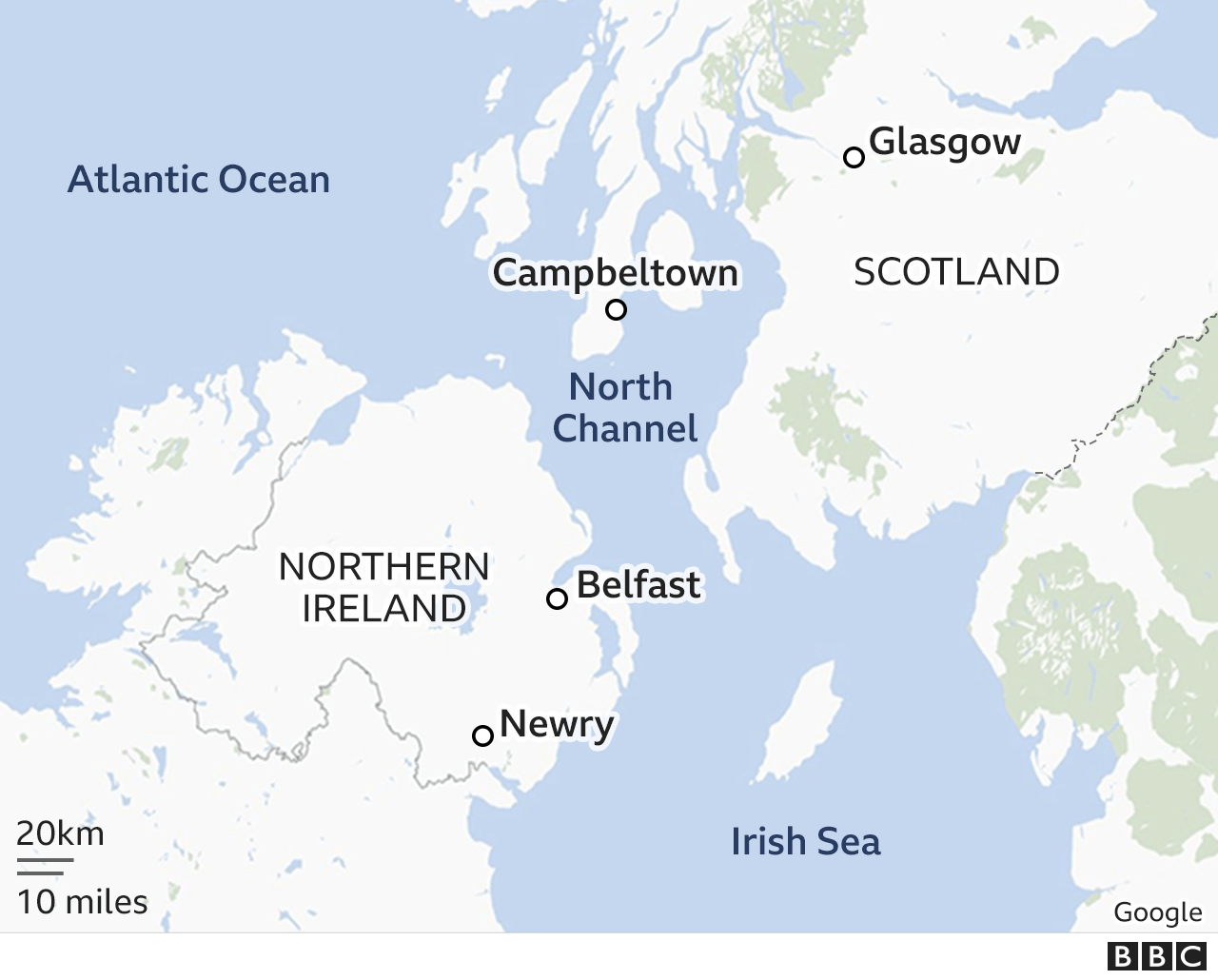 By Chris Morris & Oliver BarnesBBC Reality CheckPublishedduration2 hours agoimage copyrightTommy FinnMost of the fishing that takes place close to the west coast of Scotland is for shellfish, and most of the catch is exported to Europe.But an industry that is already struggling because demand has dried up during the Covid-19 pandemic is now facing…

Most of the fishing that takes place close to the west coast of Scotland is for shellfish, and most of the catch is exported to Europe.

But an industry that is already struggling because demand has dried up during the Covid-19 pandemic is now facing the prospect of no trade deal between the UK and the EU.

That would lead to tariffs (or taxes) on goods traded between them – making the produce of some Scottish fishermen too expensive for European customers.

All the more so because their close neighbours will be treated differently, under terms set out in the Brexit withdrawal agreement.

Whatever happens in the final weeks of post-Brexit trade talks, Northern Ireland will have easier access to the EU economy next year than the rest of the UK.

Businesses based on land can’t do much about that, unless they move lock, stock and barrel. But what about those who ply their trade at sea? Could some Scottish fishermen continue to fish in the same waters, but re-register their boats in Northern Ireland?

“Tariffs would have a devastating impact on all the shellfish producers,” says Duncan MacInnes of the Western Isles Fishermen’s Association, “and would certainly make some of them unviable in the current climate.”

Boats from Scotland and Northern Ireland fish side-by-side in these waters.

But deal or no deal, Northern Ireland will continue to follow most of the rules of the EU single market after the rest of the UK leaves at the end of the year.

That will allow its fishermen to continue exporting, either across the land border into the Republic of Ireland (which is in the EU) or straight to continental Europe, without new costs or bureaucracy.

And it means some Scottish skippers could be tempted to re-register their boats in Northern Irish ports.

“Undoubtedly, if that was the only thing that could possibly keep the business viable, then 100%,” says Tommy Finn from the Clyde Fishermen’s Association.

“It’s important to remember too that while we land our catches on the west coast of Scotland, I would say 80%, possibly, is processed in Northern Ireland at the minute, and then exported.

“So, if it meant our businesses being viable, then for sure we would have to think about registering our boats in Northern Ireland.”

Could that be done?

The devolved governments of Scotland and Northern Ireland both told us that in theory it was feasible, although neither was enthused by the idea.

They emphasised that fishermen could only re-register their boats in another part of the UK if a vessel “genuinely moves its place of operation”, and if it works out of the port it is registered to.

For some species of fish, there would also be issues about the allocation of quota, which is divided up between the four nations of the UK.

And the authorities in Northern Ireland warned they would not issue a licence “if the sole purpose of getting one was to take advantage of perceived benefits arising from the Northern Ireland Protocol”.

But the agreement (or concordat) that governs relations between the four UK national fisheries administrations says specifically that vessels are free to move between them, if they really do change their home port. And the basics of switching registration can be done in a matter of days by boats from anywhere in the UK.

“You simply change the port letters and numbers at the ships’ registry,” explains Andrew Oliver, a marine and fisheries lawyer based in Hull. “You have to certify that the new number is painted on the vessel… it’s actually all relatively simple.”

In some ports on the west coast of Scotland, the incentive to try something new could be strong.

Even if there is a trade deal with the EU and there are no tariffs, an industry that has to ship much of its produce either live or incredibly fresh will have to deal with new bureaucracy.

That includes catch certificates, health certificates and export forms, all of which will take up more time and create more costs for businesses that work on tight margins.

“You often have hauliers who are picking up small batches from different fishing areas,” says Philippa Whitford, the Scottish National Party MP for central Ayrshire. “If any one of those loads doesn’t have the right paperwork, the entire lorry could be set aside and not go through (into the EU).”

That could mean local fishermen will be casting envious glances at their counterparts just across the water.

“They’ll be able to able to land into Northern Ireland and, as far as we understand it, largely directly into the EU single market, without tariffs, and without the same bureaucracy,” Ms Whitford adds.

If that does create a big economic disadvantage in Scotland, local fishermen say they will have to look after their own interests.

It’s nothing new to register companies in other states to overcome rules and regulations,” says Duncan MacInnes. “So, businesses will do anything that is legitimate.”

The government says the detail of how the Northern Ireland Protocol will work in practice is still being negotiated in a joint committee with the EU.

It also insists that taking back control of British fishing waters will be one of the biggest benefits of Brexit, and many fishing communities enthusiastically agree.

Like many things to do with Brexit, fishing is more complicated than it first appears.