The WA Premier has flagged further tightening the state’s coronavirus restrictions after it became the first jurisdiction to impose quarantine rules on travellers coming from South Australia.Mark McGowan tweeted about how WA “moved swiftly” to strengthen its rules for South Australia on Sunday following an outbreak of COVID-19, which has now reached 17 infections.“This was…

The WA Premier has flagged further tightening the state’s coronavirus restrictions after it became the first jurisdiction to impose quarantine rules on travellers coming from South Australia.

Mark McGowan tweeted about how WA “moved swiftly” to strengthen its rules for South Australia on Sunday following an outbreak of COVID-19, which has now reached 17 infections.

“This was an initial response. We’re assessing further options based on our expert health advice,” Mr McGowan wrote.

“I strongly urge anyone about to leave Adelaide for Perth to reconsider their travel. More to come.”

WA scrapped its hard border in favour of a “controlled border” on Saturday, allowing people from every jurisdiction, except NSW and Victoria, to visit without needing to quarantine for 14 days.

But people still needed to register their travel on the G2G PASS app.

It sparked a flood of visitors to the state, many of whom had not seen their families in WA for several months.

Many people chose not to leave Adelaide knowing they would need to quarantine for two weeks in Perth, but others continued on their journey.

Some were already in the air and when they arrived in Perth were told to go back to Adelaide if they were not willing to quarantine.

Meanwhile, many people also entered WA by car from SA.

Health Minister Roger Cook said on Monday that Qantas was putting on special flights to get some travellers back to SA if they could not stay in WA due to the quarantine requirement.

Mr Cook said it was obviously a very serious outbreak.

“They’re still striving to understand the extent of it, so obviously this is a very concerning development,” he told 6PR radio.

“This is a highly unpredictable and a difficult disease to manage.”

Mr Cook said WA’s decision to strengthen restrictions was not about the number of infections, rather it was about the nature of the outbreak.

He said the ill people were infectious while moving through the community and going to work, and the extent of how far the virus had spread was still unknown.

“I want to acknowledge that this has been very frustrating for many travellers and distressing for others, and it is a very difficult situation,” Mr Cook said.

“But we make no apology for the measures that we put in place to keep West Australians safe.

“The public health risk in relation to this matter is low, but it is real, and it is important that we respond.

In a statement on Sunday, the WA government explained anyone who came from SA would need to be tested shortly after arriving and go into quarantine for two weeks, followed by another test on day 11.

Anyone who came to WA from SA on Saturday would also be contacted by officials about quarantining and getting tested.

“These are initial steps the state government is taking to protect all West Australians, and will be reviewed regularly,” the statement read.

“We will monitor the position in SA very closely and will strengthen measures if required.

“We understand these changes will cause frustration for many people, but these steps are being taken on the best health advice to protect everyone.” 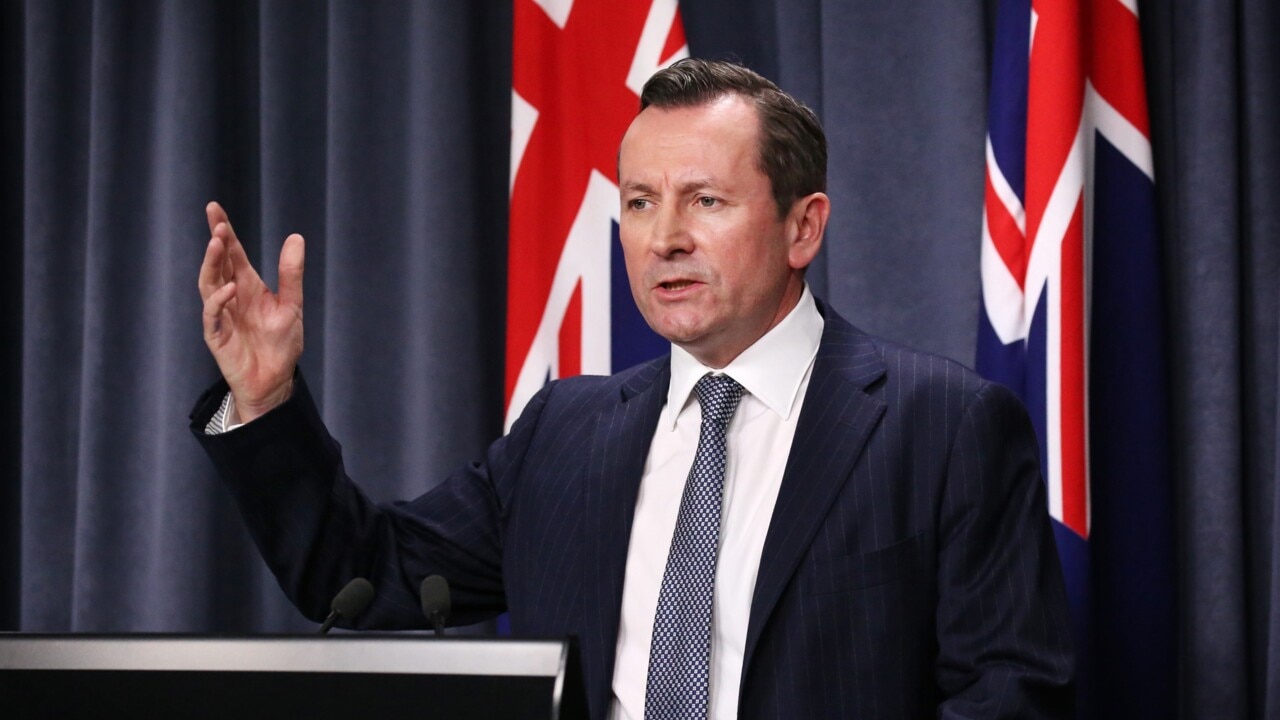