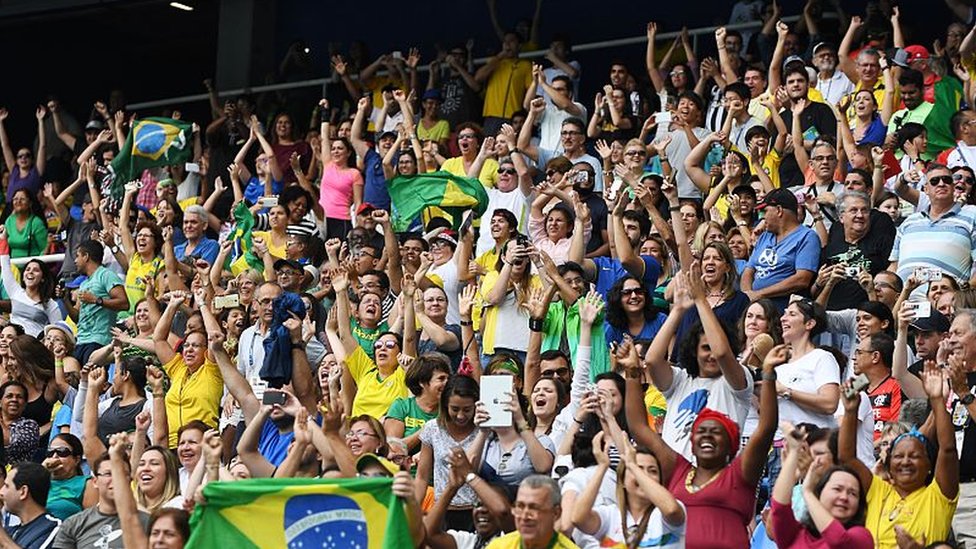 Publishedduration7 hours agoimage copyrightGetty Imagesimage captionNext year’s Games probably won’t look like this, but there are hopes that at least some fans will be in attendanceThe head of the International Olympics Committee (IOC) has said he is “very confident” that spectators will be able to attend the Tokyo Olympic Games next year. Thomas Bach added…

The head of the International Olympics Committee (IOC) has said he is “very confident” that spectators will be able to attend the Tokyo Olympic Games next year.

Thomas Bach added that the IOC would take “great efforts” in making sure fans were vaccinated before arriving.

He is currently in Japan to discuss how the Olympics can be held next year.

The Tokyo Games were originally due to start in July, but were postponed for a year due to the coronavirus outbreak.

More than 11,000 athletes from around 200 countries had been scheduled to take part in the Games, now due to begin in July 2021.

“We are putting really a huge tool box together in which we will put all the different measures we can imagine,” Mr Bach told reporters after meeting Japan’s Prime Minister Yoshihide Suga, according to news agency AFP.

“This makes us all very, very confident we can have spectators in the Olympic stadium next year.”

The international athletes were quarantined for two weeks prior to arriving in Japan and were largely kept in their Tokyo hotel in isolation. They were also required to take daily PCR tests – the virus test that has been used most commonly globally.

Both Japan and the IOC have stressed that the Games will go ahead next year.

Japan’s Tokyo 2020 chief executive Toshiro Muto said earlier this year they wanted to avoid the possibility of having no spectators at all at the Games, adding it was possible events might be held with a “limited” audience, while the number of staff and delegates from each country could also be reduced.

Earlier last week, Mr Bach was asked if he was going to Tokyo to talk about contingencies for cancelling the Games, to which he firmly replied “no”, with his deputy earlier vowing that the Games would go ahead “with or without Covid”.

Japan’s Olympic minister Seiko Hashimoto similarly said that they must be held “at any cost” in 2021.

There are now hopes that an effective vaccine against Covid-19 could be available within the next year, with a preliminary analysis showing that a vaccine by Pfizer and BioNTech could prevent more than 90% of people from getting the virus.