By Alex De WaalEthiopia analystPublishedduration3 hours agoEthiopia appears to be fast approaching civil war. Fighting between forces loyal to the federal government headed by Prime Minister Abiy Ahmed and the Tigray People’s Liberation Front (TPLF) has claimed hundreds of lives and is threatening to rip the country apart.While battles rage on the ground, the two…

Ethiopia appears to be fast approaching civil war. Fighting between forces loyal to the federal government headed by Prime Minister Abiy Ahmed and the Tigray People’s Liberation Front (TPLF) has claimed hundreds of lives and is threatening to rip the country apart.

While battles rage on the ground, the two sides are also fighting a war of words. Each is trying to rally their people and also to convince the world that they have the moral high ground.

The government in Addis Ababa and the TPLF accuse one another of firing the first shots. Mr Abiy has said that army officers were murdered in cold blood.

The Tigrayan leader Debretsion Gebremichael says there was a co-ordinated attack by Ethiopian special forces and troops from neighbouring Eritrea.

Until there is an independent investigation, the rival stories remain allegations without evidence, which are being used to whip up hostile sentiments.

Ethiopian Emperor Haile Selassie was overthrown in a revolution in 1974. A military junta known as the Derg seized power.

It inflicted the infamous “Red Terror”, when tens of thousands of young people were murdered by the military regime, and a prolonged civil war against insurgents across the country.

The Tigrayans remember those as years of darkness, when daily bombing raids by air force jets forced them to move only at night. In one terrible air raid in 1988 on the town of Hausien, 1,800 marketgoers died and the smoke and dust from the bombardment literally turned a bright day as dark as midnight.

A coalition led by the TPLF, the Ethiopian People’s Revolutionary Democratic Front (EPRDF) defeated the military government in 1991.

On the day they took power, the EPRDF leader Meles Zenawi, a Tigrayan, said that his number one goal was for Ethiopians to be able to eat three meals a day.

Over the EPRDF’s 27 years in power the child mortality rate fell from about one in five to one in 20.

But Ethiopia did not see democracy. Prime Minister Abiy and his followers call these “27 years of darkness“.

A rising generation of young people felt silenced and shut out of political participation.

They argue that a clique of Tigrayans dominated politics, the army and the economy for their own benefit. 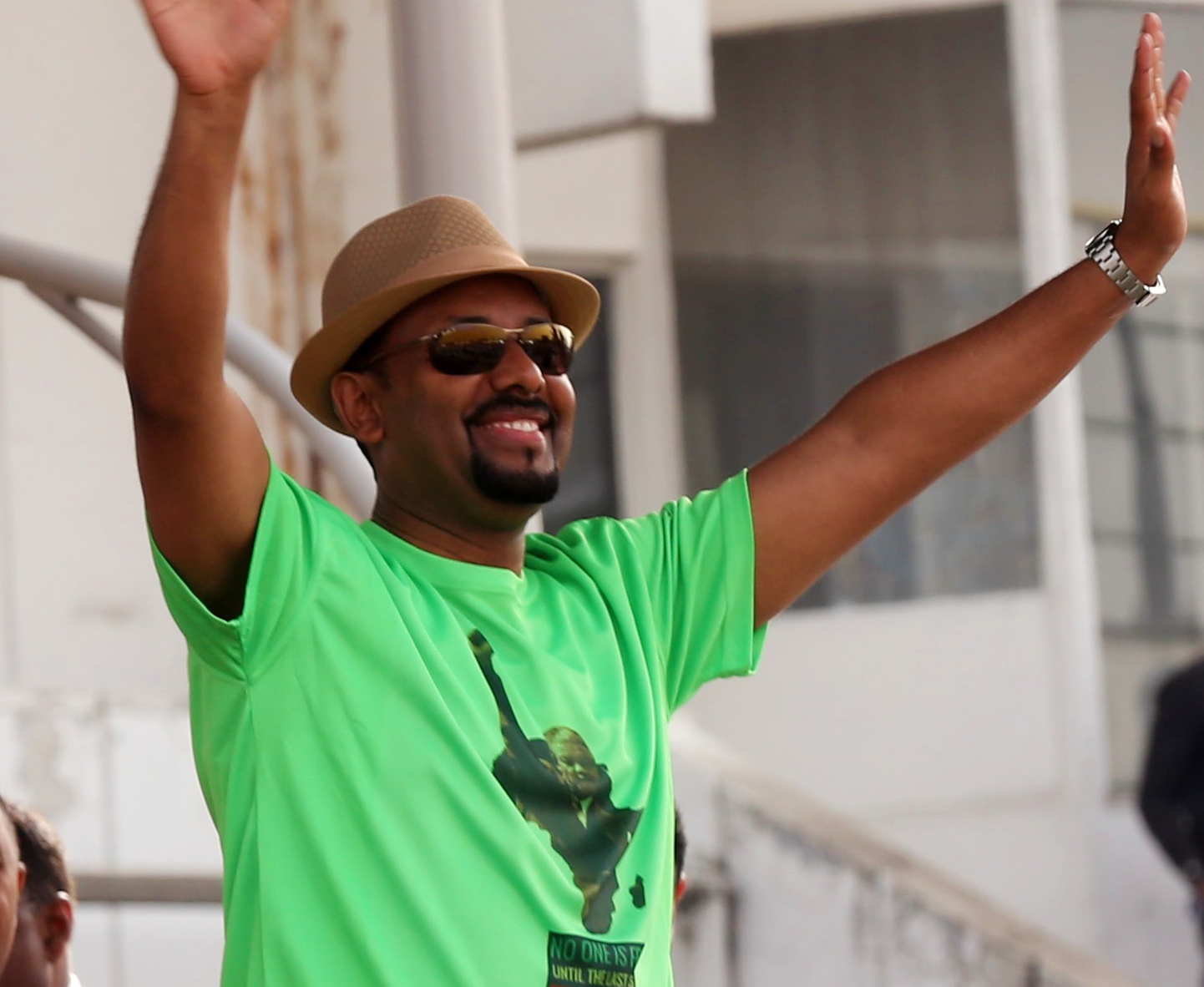 Abiy Ahmed, an ethnic Oromo, was swept to power on a wave of discontent. The EPRDF chose him as party leader – and hence prime minister – in 2018.

He rapidly liberalised politics. He dissolved the EPRDF coalition and set up a new party – the Prosperity Party.

These moves won him popular acclaim. His critics acidly remarked “to dismantle is not to build”.

Mr Abiy made peace with Eritrea, for which he won the Nobel Peace Prize last year, and became a close confidante of President Isaias Afwerki, despite the Eritrean leader’s long-stated aim of dismantling Ethiopia, beginning with its army.

Mr Abiy is a devout Pentecostalist and often speaks as though his mandate is from God.

His writings, including his PhD summary, read like self-help business school manuals. He has supreme confidence that dynamic, self-assured active leadership generates its own reality.

Without doubt he has massive support among the Amharas in Addis Ababa and the Amhara region. But neither he nor his new party have faced any electoral test.

Yet Mr Abiy says that the TPLF crossed a red line when it held regional elections in September.

The federal government had not authorised those elections and the Prosperity Party was not able to contest.

The TPLF counters that national elections had been scheduled for earlier in the year and repeatedly postponed – partly because of Covid-19 – and that the government’s term had expired without a firm date for a poll. They say that theirs is the only regional government with a mandate from the voters.

The political battleground is Ethiopia’s constitution.

The country has a federal system in which the major ethnic groups administer their own regions.

This was adopted in 1994 shortly after the EPRDF took power. Mr Abiy wants to do away with it.

Uniquely, Ethiopia’s regional states have a right to self-determination.

The spirit of this provision was that if there were to be a democratic collapse at the centre, a region could go its own way.

This was demanded not just by the Tigrayans, but by leaders from other historically marginalised groups, including the Oromo – Ethiopia’s largest ethnic group. 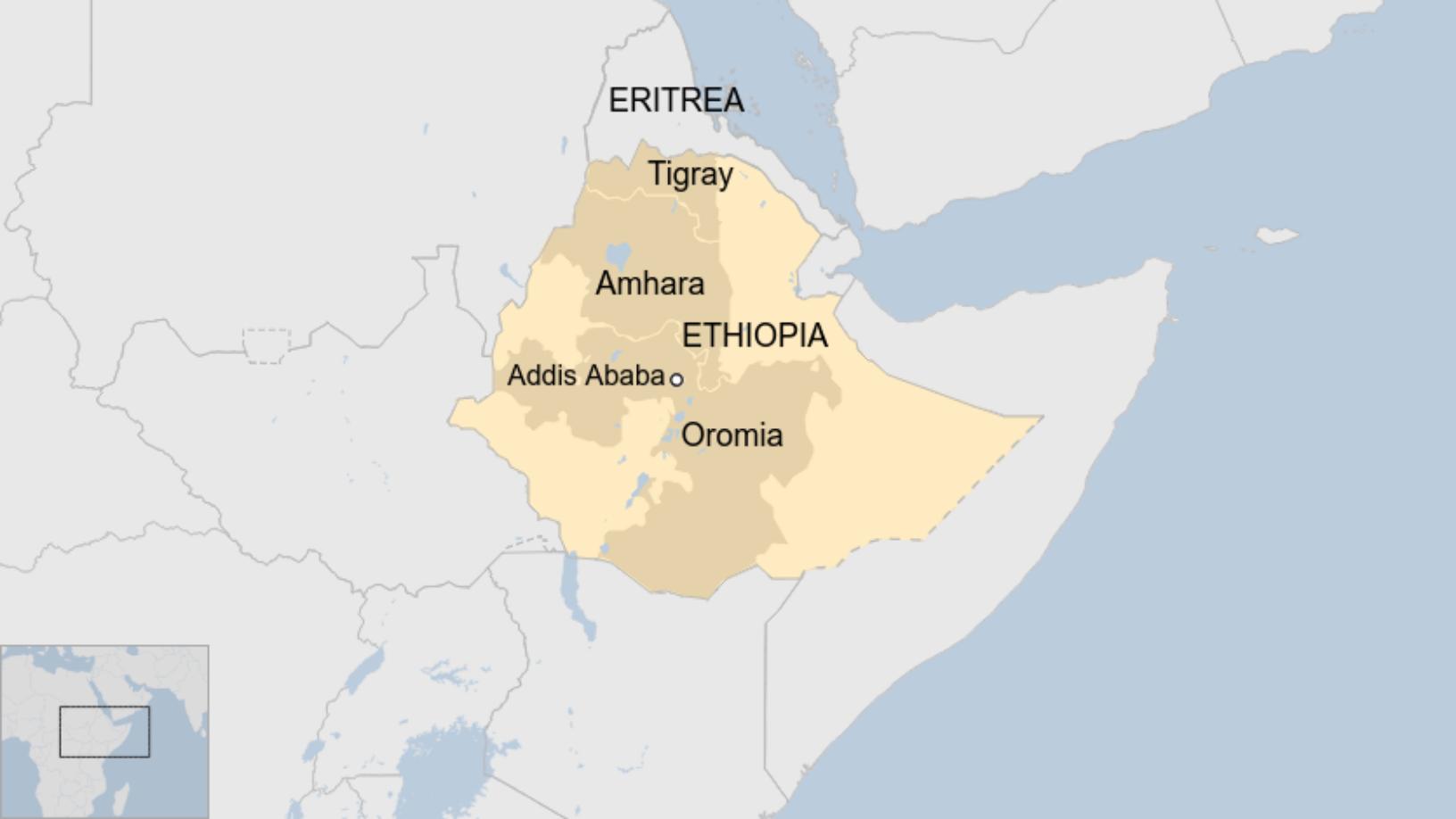 The TPLF has not demanded separation. But the logic of today’s confrontation is leading them down that path.

TPLF political domination was resented by many Oromos and other ethnic groups in southern Ethiopia. But all of them treasured the self-government articles in the constitution.

Indeed, one of these groups – the Sidama – voted to have their own federal state last year.

This year, Mr Abiy has turned against the Oromo youth movement that brought him to power.

After the killing of the Oromo singer Hachalu Hundessa, more than 150 people died in riots and Mr Abiy clamped down and imprisoned upwards of 10,000 people.

Among them are Jawar Mohamed, founder of the Oromo Media Network, who faces terrorism charges. Another is veteran opposition leader Lidetu Ayalew who remains in prison despite a court ordering his release.

His power base is among a mostly Amhara political elite that wants to abolish the federal system in favour of a unitary government system.

There are many good reasons to criticise ethnic federalism, but Ethiopia’s diverse groups have made it clear that – well armed and politically aware – they cannot be ruled against their will.

Reports from the war front indicate a massacre of Amhara civilians. Reports from Addis Ababa and other towns tell of the mass round-up and internment of Tigrayans.

Government forces have imposed a news blackout on Tigray. They are also mounting a total blockade on the region, halting supplies of humanitarian aid.

The TPLF says it has captured Eritrean troops who invaded Tigray.

No observer of Ethiopia believes that is possible. Eritrea’s president, who some believe may have been involved in the planning of the Tigray invasion, has not spoken.

Ethiopia’s conflict is escalating out of control by the day.

This will probably cost tens of thousands of lives. And as the government’s own 2002 national security white paper foresaw: “The prospect of disintegration cannot be totally ruled out.”

Alex de Waal is the executive director of the World Peace Foundation at the Fletcher School of Law and Diplomacy at Tufts University in the US.