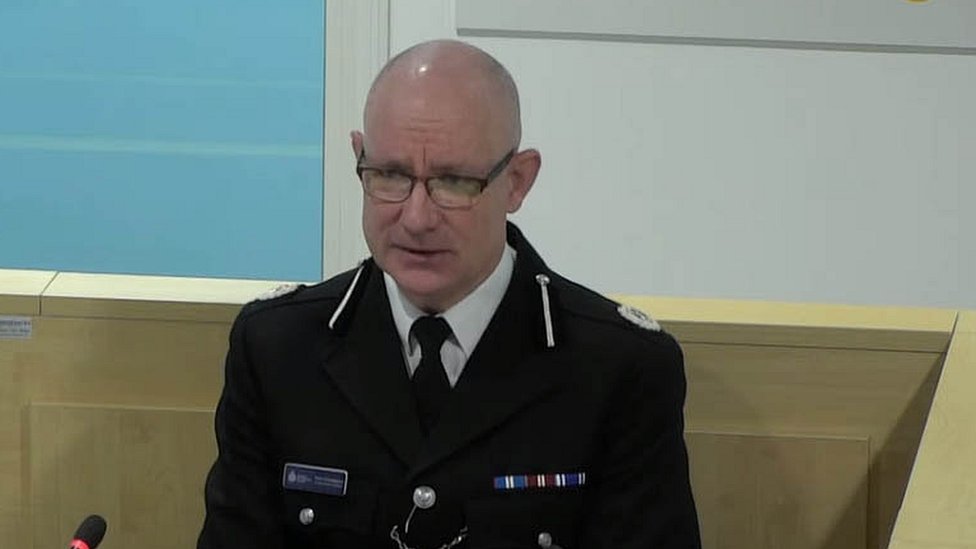 Publishedduration16 minutes agoimage copyrightManchester Arena Inquiryimage captionAssistant Chief Constable Sean O’Callaghan agreed British Transport Police had made mistakesA senior officer at British Transport Police has accepted the force let the public down on the night of the Manchester Arena attack.Assistant Chief Constable Sean O’Callaghan has been giving evidence to the public inquiry into the atrocity.…

A senior officer at British Transport Police has accepted the force let the public down on the night of the Manchester Arena attack.

Assistant Chief Constable Sean O’Callaghan has been giving evidence to the public inquiry into the atrocity.

He agreed mistakes were made, including having no officers in the foyer where bomber Salman Abedi hid before the blast which killed 22 people.

Mr O’Callaghan said the attack had “happened on [BTP’s] watch”.

Twenty-two people were killed and hundreds more were injured as they left an Ariana Grande concert on 22 May 2017.

The inquiry previously heard there were no police officers on patrol when 22-year-old Abedi made his journey from Victoria Station to the City Room.

“The attack that happened that night happened on our watch,” Mr O’Callaghan, who was not working for BTP at the time, said.

“There is not a day that goes by when BTP doesn’t consider that.”

He added: “Did we let the people down?

“It was our responsibility to police that arena and that attack happened when we were policing it, there were police officers planned to be deployed to the site of the attack and they were not there – so in that term, yes.”

Mr O’Callaghan agreed if BTP officers had been in the City Room at the end of the show, Abedi could have been challenged before he detonated his bomb.

He acknowledged it was “unacceptable” two of the officers on duty had taken a two-hour break including a 10-mile round trip to buy a kebab, but it would be “right and proper” to wait for the inquiry’s findings before taking any further action.

John Cooper QC, representing some of the bereaved families, said: “You’ll understand the families’ concerns when at least one of them has photographs receiving commendations?”

Mr O’Callaghan said that after the bomb went off, the officers went on to perform “extremely brave actions”.

He also denied the threat of terrorism at the arena had been disregarded by BTP at the time, saying: “The information officers had at the time was up to 100 concerts a year had been going on at the arena…there was nothing to focus the mind on people planning a policing response that a person-borne IED was plausible at that time.”

Since the attack there have been a number of improvements made to police planning for events at the arena, Mr O’Callaghan told the court.