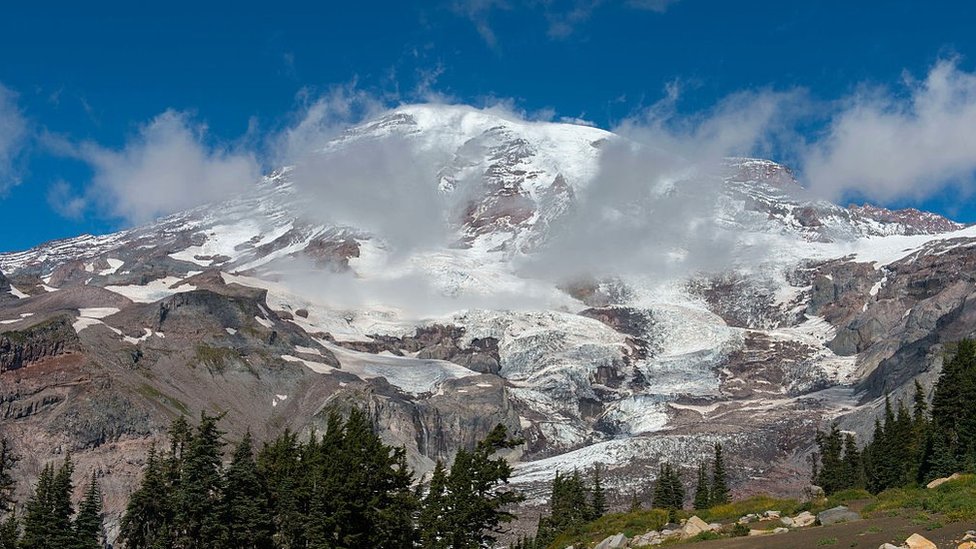 A hiker who was rescued after getting lost overnight in a US national park has been brought back to life despite his heart stopping for 45 minutes.

He was found and airlifted to a hospital in Seattle, Washington state. He had a pulse when he arrived at hospital but then his heart stopped.

“He died while he was in the ER,” Dr Jenelle Badulak told The Seattle Times.

The medical team performed CPR on Mr Knapinski and hooked him up to a extracorporeal membrane oxygenation (ECMO) machine. This pumped blood from his body into a heart-lung machine that removed carbon dioxide, and then back inside him.

After about 45 minutes, his heart started again. Two days later, he woke up.

“He was crying and they were crying, and I’m fairly sure I cried a little bit,” said trauma nurse Whitney Holen.

“It was just really special to see someone that we had worked so hard on from start to finish to then wake up that dramatically and that impressively.”

Mr Knapinski, who is still recovering, told CBS that he had started hiking after overcoming a serious drug addiction.

“I used to be a very unhealthy, sickly man and I got into hiking and it changed my lifestyle,” he said, adding that the medical staff had refused to accept he was gone.

“They did one heck of a job at keeping me alive,” he said.

What happens to the body in the cold?

Extreme cold can kill, but it can also have a protective effect on the body in certain, rare circumstances.

If the heart stops at normal body temperatures for too long, there is little hope of survival due to brain damage.

But in freezing temperatures, the brain and body can be protected by the cold because it stops them deteriorating.

There have been other examples of adults and children surviving after spending long periods in very cold temperatures.

Last winter, for example, a woman was “brought back to life” by doctors after her heart stopped for six hours when hiking in the cold of the Pyrenees.

This is very rare though – normally even in the cold, brain damage would have set in after about an hour.

Doctors also use the same principle to cool the bodies of newborn babies to try to reduce the risk of brain damage after a difficult birth.