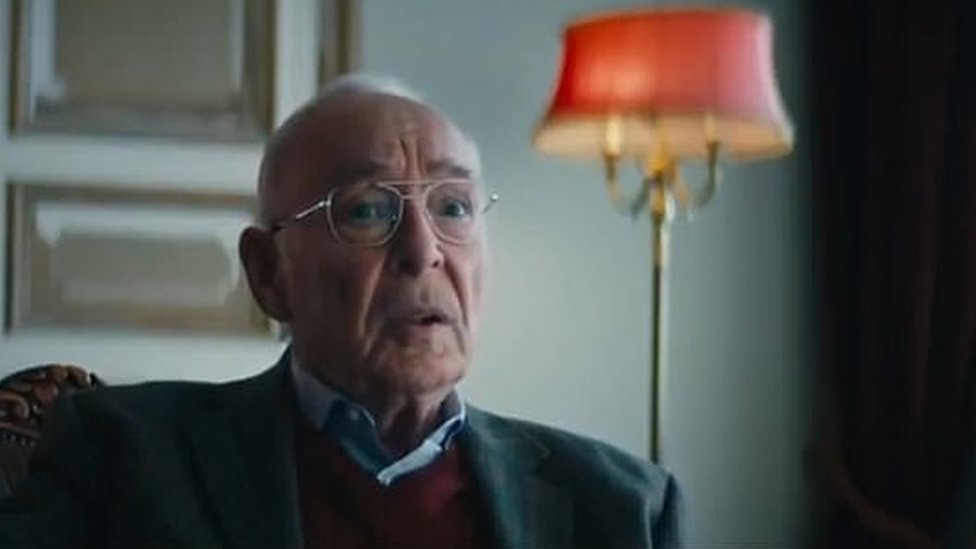 Publishedduration9 hours agoimage copyrightFederal Republic of Germanyimage caption”We did nothing. Absolutely nothing,” the man in the advert saysVideos released by the German government have humorously praised the nation’s couch potatoes as the country battles a second wave of coronavirus. The first advert, entitled “#specialheroes – Together against corona”, depicts an elderly man looking back on…

Videos released by the German government have humorously praised the nation’s couch potatoes as the country battles a second wave of coronavirus.

The first advert, entitled “#specialheroes – Together against corona”, depicts an elderly man looking back on the winter of 2020.

“The fate of this country lay in our hands,” he says. “So, we mustered all our courage and did what was expected of us, the only right thing.

“We did nothing. Absolutely nothing.”

The federal government has said the comical videos are a clear message to the public that reducing contact with others is vital in preventing the further spread of the virus.

“Our couch was the frontline and our patience was our weapon,” the first ad says.

A second video features his girlfriend, while a third depicts a man looking back at his days gaming during lockdown.

“Before the pandemic, I was without doubt the laziest person to tiptoe through this country, I almost never left my flat, played computer games without any kind of ambition and ate cold ravioli straight from the tin because I was too lazy to heat it up,” the man says.

“My friends called me Lazy Toby but I was too lazy to get annoyed about that,” he says.

“And when the virus spread, I remained the same lazy sack of potatoes that I was before. But unlike me, the world had changed: to contain the virus, people were urged to stay at home, doing nothing suddenly became a public service, laziness could save lives and I was a champion in that.”

The videos have caused a stir on social media, with many praising them.

It is superb, and especially funny to me because he says, “Absolut gar nichts! Faul wie Waschbären!” *exactly* the way my German grandparents did when they muttered about me for being a lazy teenager who just laid around all day on the couch. https://t.co/Kl3KcJ3Ri5

Sawsan Chebli, a politician from the Social Democratic party, tweeted: “So strong. So heart-warming. And so damn important.”

But not everyone has taken to them.

Some have criticised the videos due to their apparent drawing of comparisons with World War Two.

“They not only mock the dead of World War Two, but also the people who survived the front and were able to talk about it,” one user wrote.

Christine Richter, a communications expert from Cologne, told public broadcaster WDR that she had mixed feelings.

On the one hand, drawing parallels between now and the war posed ethical questions, Ms Richter said. But she also praised the “humorous and emotional” approach from the government.

“That is exciting,” she said.

These are the latest comical coronavirus ads to cause controversy in the country.

The country is already under partial lockdown, with bars, restaurants and entertainment venues shut.

The federal government is pressing for tighter curbs, including mask-wearing in schools at all times for teachers and all age groups, and allowing individuals from one household to meet publicly with no more than two from another household.