Storm Vamco hit the Philippines earlier this week, with rescuers urgently searching for thousands of people trapped after catastrophic floods.

Thousands in Vietnam were told to evacuate on Saturday and airports and beaches closed.

Flooding last month killed at least 100 people in the country.

Authorities warned of deadly landslides on Sunday triggered by heavy rains after 650,000 people in coastal areas were moved to higher ground. 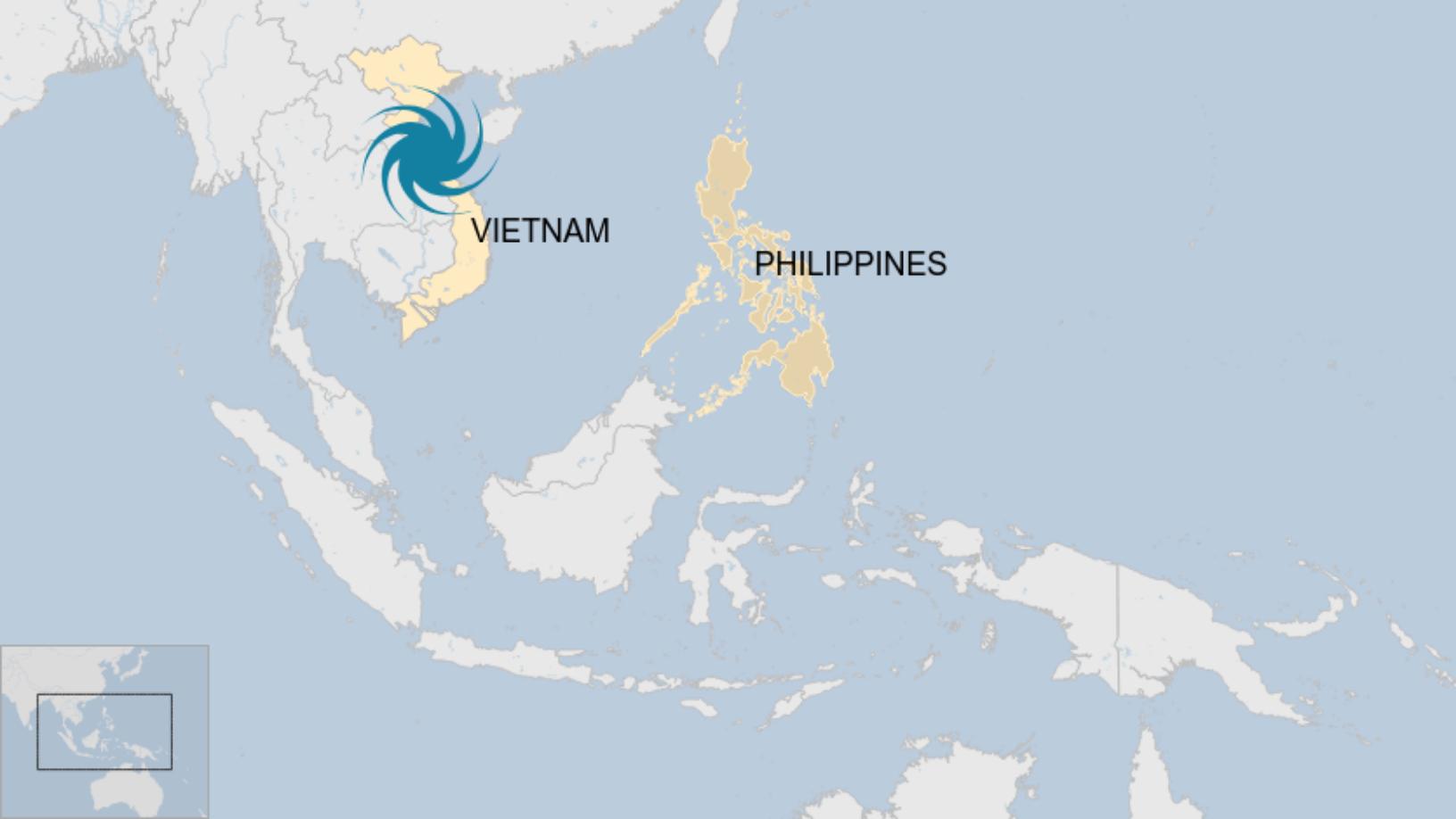 The storm weakened from Typhoon strength as it travelled westwards from the Philippines but still caused serious destruction in Vietnam.

In the Philippines, International Red Cross rescue teams are searching floodwaters with torches in the Cayagan valley in the island of Luzon where towns and villages are submerged.

Some of the thousands of people stranded on rooftops have been rescued.

The death toll has risen to at least 67 and dozens remain missing after Vamco hit on Wednesday, just one week after Goni, the most powerful typhoon seen in the country in seven years.

On Sunday Pope Francis delivered a prayer for the Philippines from St Peter’s Square in Vatican City.

“I am close in prayer to the people of the Philippines who suffer from the destruction and above all from the floods caused by a strong typhoon,” he told gathered worshippers.

In Vietnam, a series of storms have caused severe flooding in recent weeks and more than 100 people were killed last month following heavy rainfall.

About 400,000 homes there have been destroyed or damaged, according to the International Federation of Red Cross and Red Crescent Societies.

The severe weather washed away roads and bridges and destroyed food supplies and crops, it added.

“Each time they start rebuilding their lives and livelihoods, they are pummelled by yet another storm.”

The Philippines is used to tropical storms and typhoons, but this year’s preparation and response efforts have been hampered by the spread of coronavirus.