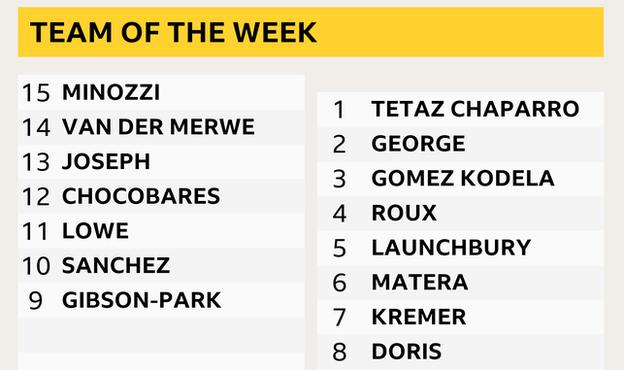 We are all now totally clear as to how England are going to play.England were facing a tier two side, but the team were still determined to dominate up front and go through their patterns as if they were playing South Africa.My concern is, what happens when that is not effective? England have come unstuck…

We are all now totally clear as to how England are going to play.

England were facing a tier two side, but the team were still determined to dominate up front and go through their patterns as if they were playing South Africa.

My concern is, what happens when that is not effective? England have come unstuck on a few occasions.

It is not so much an issue when you are playing against Georgia. You can stutter and hesitate and get away with it.

Ireland next weekend will be a very different proposition. But I would still like to think that England can play like that throughout the Autumn Nations Cup and be alright.

My concern going forward is if you have a repeat of the 2019 World Cup final. There are few sides in the world who will get dominance over England up front, but South Africa did and they won.

If England do continue to dominate in the forward pack, they are always going to get opportunities to convert.

You are not going to win the World Cup by beating Georgia. Against the top teams in the world you might have three opportunities in the game.

You have to convert those opportunities. They might be in the forward pack but if you get dusted up in the scrum, what else are you going to do about it?

People have also raised concerns that England’s style is not enjoyable to watch for fans, but I am not sure that is what supporters would say.

Are fans really concerned with the style of rugby that England play? They like that physicality, dominance and grinding away, then little flashes of brilliance.

The DNA of English rugby has been like that forever and the England fans have had a good ride with it over the decades.

I never have been concerned, and I do not think I ever will have the mindset that I want to be entertained. I want to win.

‘Farrell was off the pace’

Captain Owen Farrell was by no means at his best playing at fly-half. He just looked a couple of percent off the pace mentally and that was reflected in the backline.

England’s usual starting 10 George Ford has missed the past two games with injury, so Farrell has moved from inside centre.

There is such a difference between them. Ford has incredible vision of delivery, putting people through gaps.

Farrell is a tactical magician. He will kick you into the right positions and give good passes, but not in the zippy way that Ford does.

When you move Farrell to fly-half, you are actually playing a very different style of organisation.

The last couple of games the backline has been very lateral. It looks like it is an afterthought to go to the backs.

It might be better to bring in another 10 and have Farrell back at 12.

‘A debut with fans is a different adrenaline rush’

Jack Willis made his England debut at an empty Twickenham.

Thinking back to my first cap, you think about games in your childhood that you have watched on TV. You have soaked up the atmosphere, heard the crowd cheer, belting out the national anthem.

Having fans is a significant part of the dream and, afterwards, of the memory.

It is still a huge thrill to walk out on to the pitch with an England shirt on and sing the national anthem. Willis will never have that feeling again.

But when he does go out and do that with a full crowd, it will be a different adrenaline rush.

Team of the week

Here is my team of the week from all the games in the Autumn Nations Cup. I had to throw some Argentina players in there too after their historic victory against New Zealand in the Rugby Championship.