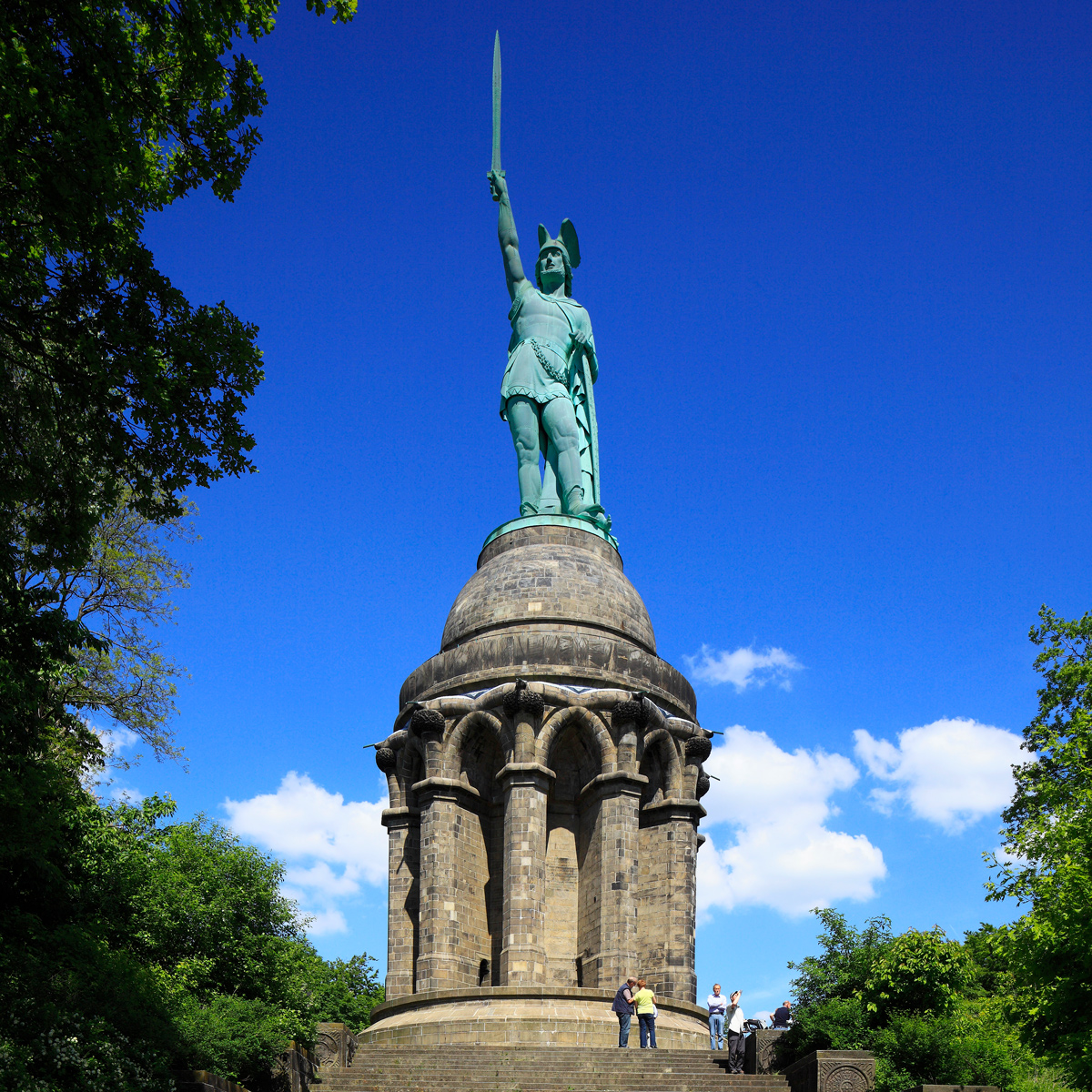 Publishedduration49 minutes agoimage copyrightGetty ImagesThe Prince of Wales is visiting Berlin on Sunday to participate in Germany’s National Day of Mourning. The wreath-laying ceremony – in the year marking the 75th anniversary of the end of World War Two – takes place in a building that symbolises the country’s fraught relationship with the memory of…

The Prince of Wales is visiting Berlin on Sunday to participate in Germany’s National Day of Mourning. The wreath-laying ceremony – in the year marking the 75th anniversary of the end of World War Two – takes place in a building that symbolises the country’s fraught relationship with the memory of war, writes Chris Bowlby.

Whereas Remembrance Day in Britain prompts a united sense of national pride in military service, and respect for the sacrifices of those who fought in both world wars, Germany’s commemoration of the war dead is much more cautious and complex.

Military service in 20th Century Germany is associated with profound shame – focused above all on the victims of Nazi military aggression and the Holocaust. Reinforcing that is a belief that the ground for Germany’s Nazi catastrophe was laid by the militarism of the Prussian state that unified the country in the 19th Century and led it into World War One.

It was this militaristic state that built the Neue Wache or “new guardhouse”, a classical building on the famous central Berlin street of Unter den Linden, which is now at the heart of the annual day of mourning.

Built in 1818, it was originally intended to celebrate the success of war in building national identity by liberating Germany from Napoleonic rule. And later military triumphs – especially over France in 1871 – were crucial landmarks as Prussia and Germany became a great European power. The Neue Wache was both a place to remember victories and generals and a centre of the famous Prussian military machine. It was from there that mobilisation for WW1 was declared in 1914.

Like other participants in that war, Germany suffered huge casualties. An annual day of national mourning – the Volkstrauertag – was first held in the 1920s. And there was discussion about creating a place of national memory similar to the Cenotaph in London. But the re-opening of the Neue Wache as a “Memorial Site for the Fallen of the World War” in 1931 revealed sharp divisions within German society.

Those on the left wanted the memorial to express pacifist sympathy for the victims of war. Others – including the rapidly growing Nazi movement – insisted it should continue to celebrate military triumph.

After the Nazis took power in 1933 they replaced the day of mourning with a day of commemoration of heroes, the Heldengedenktag. The Neue Wache was now used for their glorification of war – an echo of Prussian militarism in a new fascist style.

Twelve years later, the Third Reich’s military aggression had led to a catastrophic defeat, and with the Neue Wache now located in Soviet-occupied Germany, what became the communist GDR was faced with a decision about how to use the building.

On the one hand it was described as a memorial to the “victims of fascism” – a fascism the communists claimed they were solely responsible for defeating. But even though the GDR was a Soviet puppet state its leaders were keen to establish their own links with a deeper German history, including its military tradition.

And so, bizarrely, when I first saw the Neue Wache in the early 1980s, GDR soldiers stood outside in uniforms similar to older German army uniforms, and even goose-stepped when changing the guard, a disturbing sight to those with memories of goose-stepping German armies of the past.

After the GDR collapsed in 1989 and Germany reunified, the Neue Wache was changed once again, finally taking on the form and purpose that it has today. This time the focus was on a sculpture from the 1930s by the artist Käthe Kollwitz installed in one of the building’s chambers, depicting a woman holding a dead child.

Her sculpture was seen as finally turning attention away from military memory towards all the victims of war and tyranny. That is the spirit of the ceremony and modern day of mourning in which the Prince of Wales is participating.

Speaking at the Neue Wache earlier this year, German president Frank-Walter Steinmeier said the end of WW2 marked “the end of National Socialist tyranny, the end of night bombings and death marches, the end of unprecedented German crimes and the Holocaust’s breach of civilisation”.

Kollwitz’s sculpture is meant to represent not only a mother’s grief at the loss of her soldier son but also all those non-soldiers caught up in the horrors of war – especially Holocaust victims but also less well-known sufferers, such as the German women who suffered mass sexual violence at the end of WW2.

Modern debate about the Neue Wache has also involved another question – whether as part of the restoration of Berlin’s Prussia-era architecture, its statues of famous generals should be restored to their original positions in or near the building. And that is part of a larger problem. Where does modern emphasis on remembering the victims of war leave the memory and reputation of those who served in the German armed forces?

There can be no doubting the scale of grief felt by many millions of German families who lost fathers, brothers or sons in the world wars. Kollwitz lost two sons in WW1 and wrote movingly of her own bitter regret at having allowed her sons to enlist in the patriotic fervour of 1914.

“Wrote a farewell letter to Peter,” she recorded. “As if the child is being cut off the umbilical cord for the second time. The first time to live, the second time to die.” He was killed a few days later.

The figure in her sculpture in the Neue Wache, said Kollwitz, represented “an old, lonely and darkly reflecting woman”.

Remembering soldiers lost in WW2 has been especially sensitive. Werner Krätschell, a Protestant pastor in Berlin, told me that “the wounds of the Second World War are very vivid until today,” as children were left without fathers, wives without husbands.

And yet much of this grief had to remain private. These lost soldiers could not be commemorated in public as heroes, as the German military were more and more associated with the brutal conquests and war crimes committed by the Nazi regime.

The very idea of an army and military service was highly controversial in post-war West Germany. After Nazism was defeated the Western allies initially banned the country from having an army. They relented in the 1950s under Cold War pressures. But the new Bundeswehr was intended to be “citizens in uniform”, as different as possible from previous German armies, over which a veil was often drawn.

When I first visited Germany on a school exchange in the 1970s, the father of the family I was staying with talked readily about older military history, and proudly took me to the huge memorial near Detmold commemorating the massacre in the Teutoburger forest of Roman legions by German tribes.

He was much more reticent about his own service in WW2.

War commemoration was diplomatically sensitive too.

The West German Chancellor Helmut Kohl began tentatively in the 1980s to try and draw other world leaders into shared commemoration of German military casualties. But that backfired in 1985 when a cemetery he had invited US President Ronald Reagan to visit in Bitburg turned out to contain the graves of elite SS Nazi troops.

It was widely claimed that Nazi war crimes had been committed by the SS and other elite units, while the mainstream Wehrmacht army had – like most of the German population – remained ignorant of and uninvolved in the Holocaust. “The image of the patriotic Wehrmacht,” argues the historian Mary Fulbrook, “persisted for several decades, providing succour to those who had lost loved ones at the front.”

But then a 1990s travelling exhibition called The Crimes of the Wehrmacht showed how the army had often been complicit in atrocities. This challenged the myth of the “clean Wehrmacht” says Fulbrook, and “forced a shift in conversations, with young people now interrogating their grandparents in new ways.”

The awkwardness of such family conversations is what can make German commemoration of war still so difficult. And broader hostility towards the military in general remains strong. Today’s Germany has tiptoed only very slowly towards becoming a more “normal” military power, with the Bundeswehr deployed abroad.

Pastor Werner Krätschell is descended from a distinguished Prussian family of clerics and cavalry officers. But “because of our guilt” he told me, “there is in every German a deep unconscious knowledge of this bad side combined with uniforms, weapons, army, brutality and war”.

The private or small-scale remembrance of the millions of soldiers lost in war is still intense. War graves are central to this, with cemeteries in communities small and large hinting at the scale of the loss.

The charity responsible for German war graves, the Volksbund, founded in 1919, still organises many of Germany’s commemorations of the war dead including the national day of mourning.

Since the end of the Cold War its work has also included the highly sensitive task of recovering soldiers’ remains and maintaining German military cemeteries in parts of Central and Eastern Europe where the most terrible Nazi crimes were committed. The Volksbund stresses what it sees as its educational role. “The vast burial grounds are a reminder of the past that also confront the living with the consequences of war and violence,” it says.

And that idea, in the end, strongly shapes German remembrance of war. Individual grief at the loss of family members, including millions of soldiers, is real enough. But the memory of the vast numbers of other victims of Germany’s wars will always be present too.

The events of D-Day are often recounted by Allied troops who took part in the invasion. But what was it like for a German soldier surprised by the sudden – and completely unexpected – arrival of the enemy?