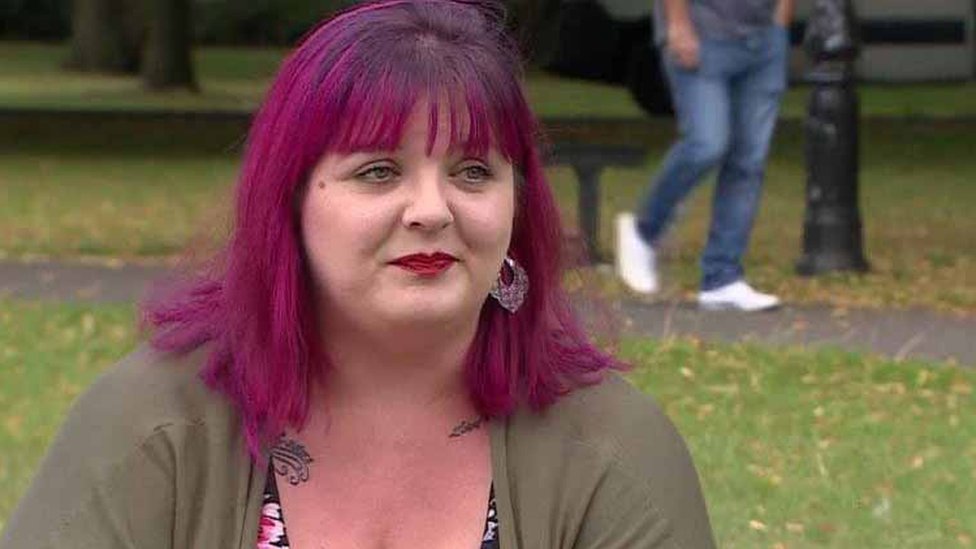 By Sophie HutchinsonBBC NewsPublishedduration1 hour agoimage captionLaura Linkson helps run a Facebook group for women like her who believe they have been affected by the deviceLawyers have begun legal action on behalf of 200 UK women against the makers of a sterilisation device, after claims of illness and pain.The device, a small coil called Essure,…

Lawyers have begun legal action on behalf of 200 UK women against the makers of a sterilisation device, after claims of illness and pain.

The device, a small coil called Essure, was implanted to prevent pregnancies.

It has withdrawn the device from the market for commercial reasons but says it stands by its safety and efficacy.

The metal coil was inserted into the fallopian tube to cause scarring, blocking the tube and preventing pregnancy.

Introduced in 2002, it was promoted as an easy, non-surgical procedure – a new era in sterilisation.

But many women who had the device fitted have now either had hysterectomies or are waiting for procedures to remove the device.

Tracey Pitcher, who lives in Hampshire, felt she had completed her family and did not want any more children.

Her doctor strongly encouraged her to have an Essure device fitted, she says.

But after it had been, she began to feel very unwell.

“I just started to have heavy periods, migraines, which I had only ever had when I was pregnant so they were hormonal,” she says.

“My back was so painful I’d wake up crying in the middle of the night with pains in my hips and my back.”

Tracey says she battled to persuade doctors to take her symptoms seriously.

But the only information she received was from a Facebook group.

“But then the fallout – there’s nobody there, there’s no support apart from people that we’ve found ourselves, no-one will listen, because it’s just ‘women’s things’.”

More than 1,000 women have now subscribed to that Facebook page.

Laura Linkson, who has helped run it, believes she was harmed by her Essure device, and says the severe physical and psychological nature of her symptoms has had a devastating impact on her family life.

“I’d say it’s destroyed my life and my children’s lives,” she says.

Kim Henderson, who lives near Southampton, feels her doctor pushed her into having an Essure coil fitted.

As soon as it had been, she started feeling severe pain.

Like many of the women, she was regularly admitted to hospital only to be told there was nothing wrong with her.

And she began to wonder if it was all in her head, until she found other women discussing their symptoms on the Facebook page.

“It’s been really hard,” she says, “not just physically but mentally.

“I feel my children have missed out on a lot.

“And it makes me feel guilty because if I hadn’t had Essure, then I wouldn’t be where I am now.”

“Life would be very different for me and my children.”

Solicitor Lisa Lunt, head of medical product liability at the law firm PGMBM, who is leading the group action in England, says: “The reports that have come out from the American proceedings are that [developer] Conceptus and Bayer were failing to report adverse events.

“That’s when they become aware that there are problems with the device.

“And that’s something that we’re going to look at very, very, carefully indeed.”

Bayer strongly denies the allegations, saying it has never violated regulations around complaints.

“We take all adverse events seriously, continually collect and analyse the data we receive, and work with the [US Food and Drug Administration] to monitor Essure’s safety profile.

“The company stands behind the safety and efficacy of Essure, which are demonstrated by an extensive body of research, undertaken by Bayer and independent medical researchers, involving more than 270,000 women over the past two decades.”

But some doctors who have fitted Essure devices remain sceptical.

“And there is currently no evidence to suggest any increased risk to patient safety.

“Any women with questions should speak to their GP or healthcare professional.”