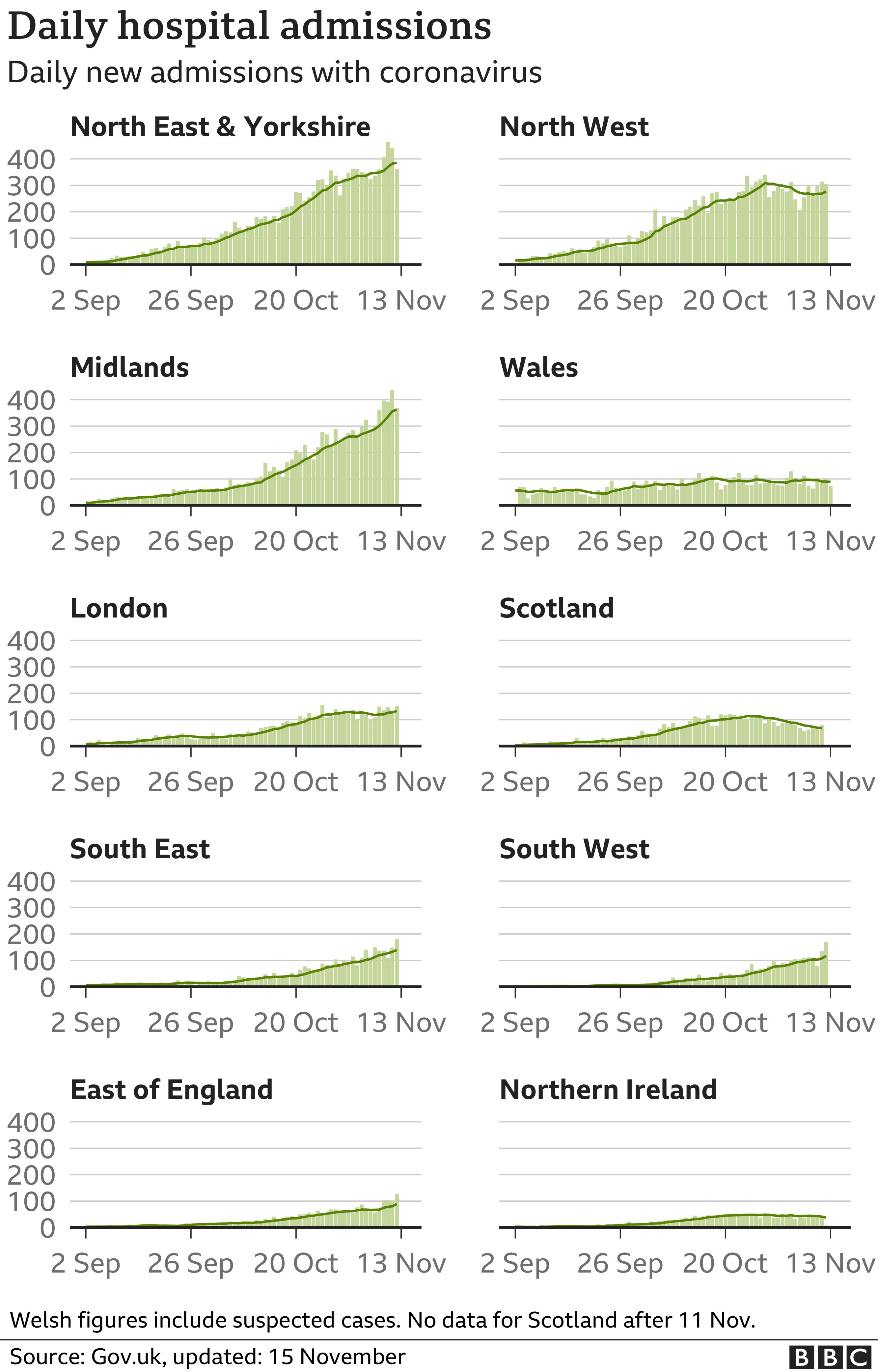 Publishedduration4 hours agoThere have been more than 1.3 million confirmed cases of coronavirus in the UK and almost 52,000 people have died, government figures show. However, these figures include only people who have died within 28 days of testing positive for coronavirus and other measures suggest the number of deaths is higher.Find out how the…

There have been more than 1.3 million confirmed cases of coronavirus in the UK and almost 52,000 people have died, government figures show.

On Sunday, the government announced a further 24,962 confirmed cases.

It’s thought there were more infections during the first peak in the spring, but testing capacity at the time was too limited to detect the true number of daily cases.

Confirmed cases started rising again in July, with the rate of growth increasing sharply in September and October.

The latest figures from the Office for National Statistics (ONS), which is tracking Covid-19 in the community, suggest the increase in new infections may be slowing down.

Approximately one in 85 people in homes in England had coronavirus in the week ending 6 November, according to the ONS figures. That is about 654,000 people and is slightly up on the previous week.

In Scotland, officials said it was too early to say rates were stabilising – with about one in 135 having the virus (about 40,000 people).

But in Northern Ireland, rates are thought to be levelling off at around one in 105 people (about 18,000 people).

Case numbers show the South East and West Midlands have seen the highest increases in the last few weeks.

Deaths have been rising again since the beginning of September following their first peak in April.

Of these, 143 deaths were in England, 16 in Wales and nine in Northern Ireland. There were no deaths reported in Scotland, where Registration Offices do not open at the weekend.

As the chart below shows, the figures announced at the weekends are almost always lower than the average, as deaths may not be officially registered until the start of the week.

England has seen the majority of UK deaths from Covid-19. Using the 28-day cut-off, there have been more than 45,000.

Although hospital admissions for Covid-19 remain below the levels seen in the spring, there are big regional disparities.

The North West, North East and Yorkshire, and Midlands have seen the highest number of admissions in recent weeks.

But some areas – including the North West, London, Scotland and Northern Ireland – are beginning to see signs of a slight improvement.

Where are cases rising the most?

Cases have risen across large parts of England, with other spikes in areas of Scotland, Wales and Northern Ireland.

The orange areas on the map below are those currently seeing the highest number of cases per 100,000 people.

Restrictions have been tightened across the UK in recent weeks.

In England, a four-week lockdown began on 5 November – replacing the three-tier system until 2 December.

Northern Ireland introduced additional restrictions last month, which were due to end on Saturday, 14 November. But they have been extended for another week, with a partial reopening of some sectors on 20 November.

In Scotland, there is now a five-tier system of virus alert levels with different measures in place in different parts of the country.

In Wales, a two-week ‘firebreak’ lockdown which began in the last week of October has now ended but some restrictions are still in place.

Overall death toll could be nearly 70,000

The first includes all deaths where coronavirus was mentioned on the death certificate, even if the person had not been tested for the virus. The most recent figures suggest there had been more than 61,000 deaths by 30 October.

The second measure counts all deaths over and above the usual number at the time of year – that figure was more than 69,000 by 30 October.

The most recent figures available from the ONS are for the final week of October, which show there were 12,501 deaths registered in the UK.

Deaths normally do rise at this time of the year, but the data from the ONS and its counterparts in Scotland and Northern Ireland show the second wave of the virus has pushed the death rate above the average seen over the past five years.

Overall, the figures are still well below the peak of 9,495 deaths recorded in a week, reached on 17 April.

The government’s current estimate for the R number across the whole of the UK is 1 to 1.2. 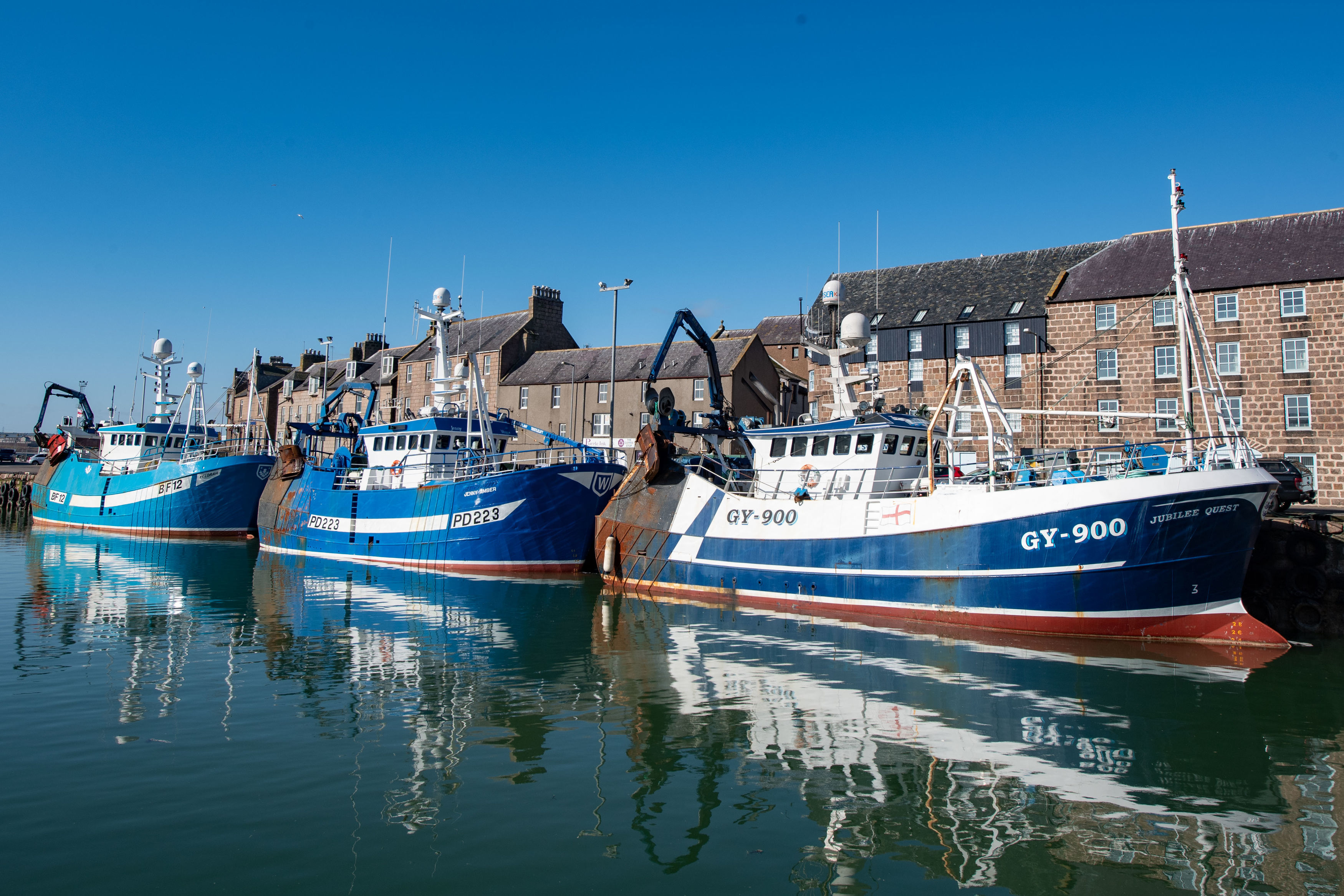