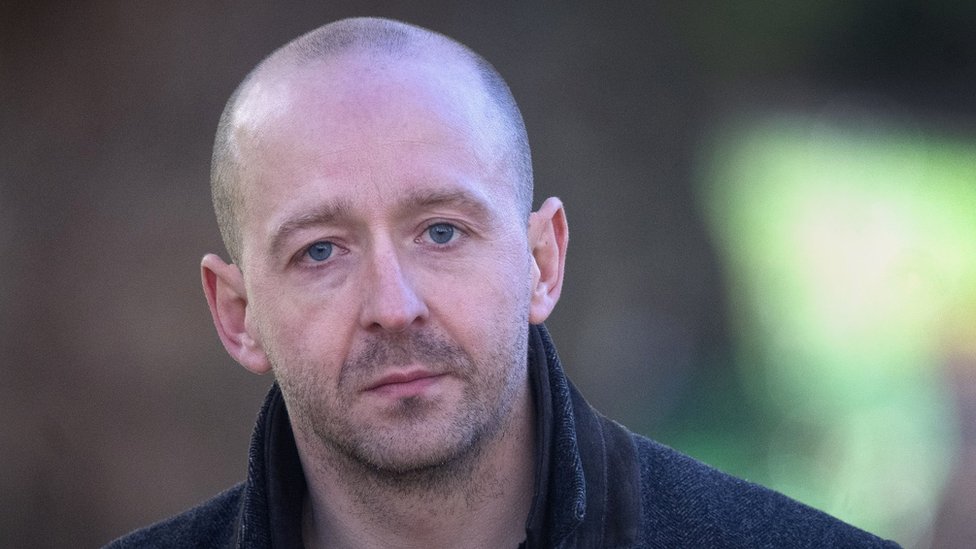 Publishedduration14 minutes agomedia captionDominic Cummings leaves Number 10Two of Boris Johnson’s most senior aides have left Downing Street for the last time after internal battles over their roles.Chief adviser Dominic Cummings and director of communications Lee Cain will work out their notices at home following tensions within No 10.Lord Lister will become Mr Johnson’s interim…

Two of Boris Johnson’s most senior aides have left Downing Street for the last time after internal battles over their roles.

Chief adviser Dominic Cummings and director of communications Lee Cain will work out their notices at home following tensions within No 10.

Mr Johnson’s official spokesman said the PM was not distracted by the row.

“What the prime minister and the government are focused upon is taking every possible step to get this country through the coronavirus pandemic,” James Slack, who will replace Mr Cain, said.

Former Tory leader Sir Iain Duncan Smith wrote in the Daily Telegraph that Mr Cummings’ influence at No 10 led to “a ramshackle operation in the hands of one man”.

Another MP said was it was time to “rejoice” at the departure of the two aides, the BBC’s deputy political editor Vicki Young reported.

Both Mr Cummings, 48, and Mr Cain, 39, are veterans of the Vote Leave campaign and worked closely with Mr Johnson to deliver the pro-Brexit vote during the 2016 EU referendum.

It comes as trade talks between the UK and the EU on a future relationship reach a “make or break” point, with crucial points of difference proving hard to resolve ahead of a looming deadline for a deal.

There are conflicting accounts of the final meeting involving Boris Johnson and his departing aides, Dominic Cummings and Lee Cain.

Newsnight has been told that relations between the trio “went off the cliff” in the early afternoon on Friday.

The prime minister’s team reportedly learnt at around 14:00 GMT that Mr Cummings’ team had described him as indecisive.

They also heard of an alleged briefing against the prime minister’s partner, Carrie Symonds, who had apparently been uneasy about a plan to promote Mr Cain to chief of staff.

Newsnight was told that the prime minister expressed his displeasure during a meeting with Mr Cummings and Mr Cain. He reportedly told then he knew what they were up to and they would have to leave.

This account is strongly disputed by Mr Cain and Mr Cummings’ side.

A source said that Mr Cummings and Mr Cain held a very friendly and warm 45 minute meeting with the prime minister. Mr Johnson reportedly told them: “I want to get the band back before the next election.”

The prime minister then agreed to a request from Mr Cain to sign a pair of boxing gloves, used during the general election, emblazoned with the words: “Get Brexit Done.”

Mr Cummings left the building. But Mr Cain, the outgoing director of communications, remained for a farewell reception in the press office. That was addressed by the prime minister before Mr Cain was “banged out” in the style of a traditional newspaper farewell.

The prime minister reportedly said that relations remain good with the two aides but that relationships can break up, at which point you no longer live together. He was keen to emphasise there was no ill will, according to this account.

Mr Cummings prompted controversy this summer after it emerged he made a 260-mile trip from London to County Durham with his family at the height of the UK’s first coronavirus lockdown.

The adviser later said the journey was intended to secure childcare, but was mocked for claiming a subsequent outing to the picturesque town of Barnard Castle was to help test his eyesight.

Mr Cummings had a notoriously difficult relationship with Conservative MPs, some of whom said it was time for things to be done differently in Downing Street.

“Both Dominic Cummings and Lee Cain were pretty dismissive of backbenchers and sometimes ministers and secretaries of state, and I don’t think that was helpful,” said former Northern Ireland secretary Theresa Villiers.

She added: “I do think it’s important that whoever takes over has a different approach.”

Sir Bernard Jenkin said it was time to restore “respect, integrity and trust” between No 10 and Tory MPs while veteran Conservative MP Sir Roger Gale said it was “an opportunity to muck out the stables”.

Lauren McEvatt, who worked with Mr Cummings when she was a special adviser, believes Mr Johnson will be better off without him.

“The prime minister is now able to move onto a situation where he is able to have much better relations with the backbenchers in the house,” she said.

Labour said the PM could “rearrange the deckchairs all he wants… but the responsibility for this government’s incompetence still lies firmly at Boris Johnson’s door”.

“The fact there is no plan and no focus in the government’s response to Covid is entirely down to him,” a party source said.

Mr Cain, who resigned on Thursday, is said to have left Downing Street through a discreet exit on Friday evening.

But Mr Cummings walked through the iconic black door of No 10 with a cardboard box and was later seen arriving home with a bottle of champagne.