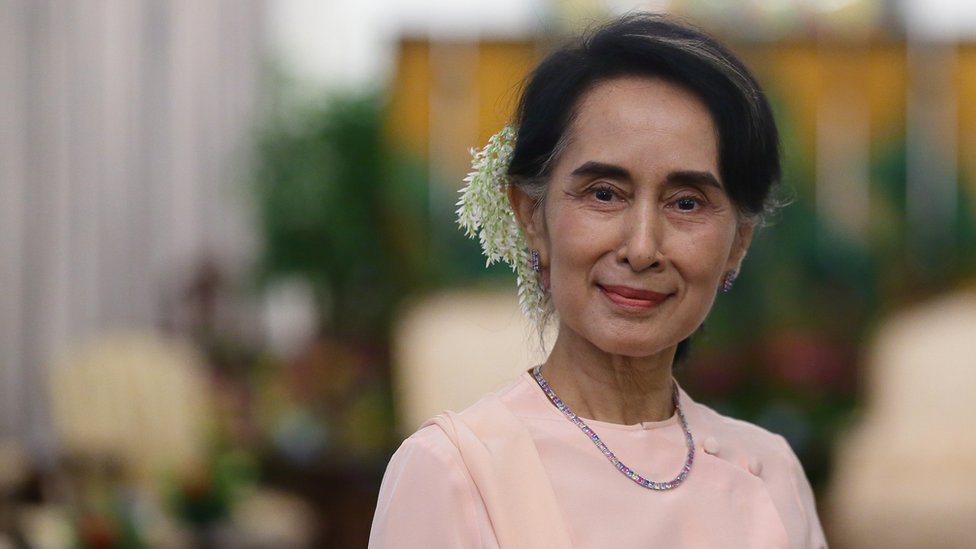 Myanmar’s ruling National League for Democracy (NLD) party has secured enough seats in parliament to form the next government, according to the latest election results.

The NLD has so far won 346 seats, more than the 322 seats needed to form the next government.

It comes days after the party led by Aung San Suu Kyi claimed victory based on early results.

But the military-backed opposition has demanded a re-run of the election.

NLD spokesperson Monywa Aung Shin said its “landslide” victory showed the people’s support for the party, but added that it would have to “work on forming a national unity government”, reported news agency Reuters.

The party has announced that it would be inviting ethnic minority parties to work with it, an offer it did not make when it won the last election in 2015.

India, Japan and Singapore had earlier congratulated the NLD on their win.

This year’s election has been seen as a gauge of support for the NLD and Ms Suu Kyi following the Rohingya crisis.

The NLD remains popular at home but has been heavily criticised worldwide after Ms Suu Kyi’s response to the crisis.

Hundreds of thousands of Muslim Rohingya fled an army crackdown – described by the UN as ethnic cleansing – in 2017. The army in Myanmar said it was targeting militants, a response which Ms Suu Kyi has defended.

The disenfranchisement of the Rohingya had led observers to question the credibility of the election.

What’s the results dispute about?

Myanmar voters went to the polls on Sunday. Election officials have yet to issue an official result as votes are still being counted, with 64 out of 416 seats still undeclared.

The NLD claimed victory soon after Sunday’s vote, saying it was expecting to win more than enough seats to form a government.

But the opposition, backed by Myanmar’s powerful army, accused the government of irregularities, though it offered little evidence.

In a press conference on Wednesday, the Union Solidarity and Development Party (USDP) said it did not recognise the results of the election and called on authorities to have an “election that is free, fair, unbiased and free from unfair campaigning”.

In the run up to the elections, the army had also said early voting showed “errors of neglect” in voter lists and a “widespread violation of laws and procedures”.

The army has so far not offered any evidence and both international and local observers have said the election went smoothly.

The country’s Union Election Commission has said the election was “done fairly and free”, adding it could not have been “more transparent”.

The UEC had earlier told news site the Myanmar Times that the result was final and there would “not be an election re-run”.

Spokesperson U Mying Naing said accusations brought by the USDP were unfounded, adding that only “a few people accused the election of being unfair”.

Was the election controversial?

Observers had questioned the credibility of the election because of the disenfranchisement of virtually all the Rohingya.

Earlier this year, six of at least a dozen Rohingya who applied to run as candidates in the election were also barred from standing.

Other ethnic groups have also been affected.

In October, Myanmar’s electoral commission cancelled voting in large parts of Rakhine state – where fighting between the military and the Arakan Army, comprised mainly of the Buddhist Rakhine ethnic group, has killed dozens and displaced tens of thousands.

It also cancelled the election in parts of other conflict-hit states, including Shan and Kachin, saying that some areas were “not in a position to hold a free and fair election”.

The mass cancellations have outraged ethnic minority parties and mean nearly two million people have been disenfranchised in a nation with some 37 million registered voters.

How do elections work in Myanmar?

More than 6,900 candidates from 92 political parties and independent campaigns stood for election in 1,171 seats, according to the US-based Carter Centre.

But a quarter of parliamentary seats are reserved for the military under a controversial 2008 constitution drawn during junta rule.