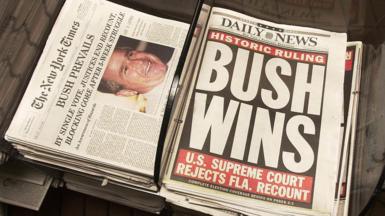 Publishedduration1 hour agomedia captionMP Tracey Crouch says she is “disappointingly unable to participate” in a Commons debate on breast cancer.MPs have called for wider virtual participation to be allowed in Parliament, arguing that those with cancer were “excluded” from taking part in a debate on the illness.And ex-minister Tracey Crouch, who has cancer, expressed disappointment…

MPs have called for wider virtual participation to be allowed in Parliament, arguing that those with cancer were “excluded” from taking part in a debate on the illness.

And ex-minister Tracey Crouch, who has cancer, expressed disappointment she could not speak in the debate.

Labour’s Chris Bryant said this was due to Jacob Rees-Mogg’s reluctance to allow greater use of video links.

But the Commons leader said it was down to a lack of broadcasting equipment.

Mr Rees-Mogg has previously argued that virtual working was not an effective way to hold the government to account – and was no substitute for the “cut and thrust” of live debate.

Currently MPs who cannot be in Westminster due to coronavirus are only able to take part in some events.

They can put questions to ministers by video link but are not able to contribute to general debates on legislation or events in Westminster Hall – a separate chamber from the House of Commons.

Those trying to avoid travel during the pandemic are also able to register for proxy votes.

On Thursday a debate on breast cancer services took place in Westminster Hall and Conservative MP Ms Crouch said because of Mr Rees-Mogg’s ruling, those “with real and current life experience of the disease are disappointingly unable to participate”.

“While I respect his commitment to traditional parliamentary procedures, I’m sure if he was on the backbenches and not the fine specimen of health and fitness he clearly is, he would be arguing forcefully for members to be able to contribute more often in proceedings by modern technology.”

She asked him to “please stop thinking those of us at home are shirking our duties” and urged him to allow virtual participation in Westminster Hall.

Leader of the House Mr Rees-Mogg replied that when events in Westminster Hall restarted, following the Covid lockdown, “the broadcasting facilities were already being fully utilised”.

“So it wasn’t an issue then of whether we wanted to do it or not, it simply wasn’t an option,” he said.

However, he also added there needed to be a balance between the needs of MPs with the needs of the House of Commons “to proceed with its business”.

Mr Bryant said it was “appalling that Tracey Crouch is excluded from a debate on breast cancer because she’s recuperating from cancer by Jacob Rees-Mogg rules”.

His party colleague Barbara Keeley agreed and said she was also “excluded” having just been through breast cancer treatment.