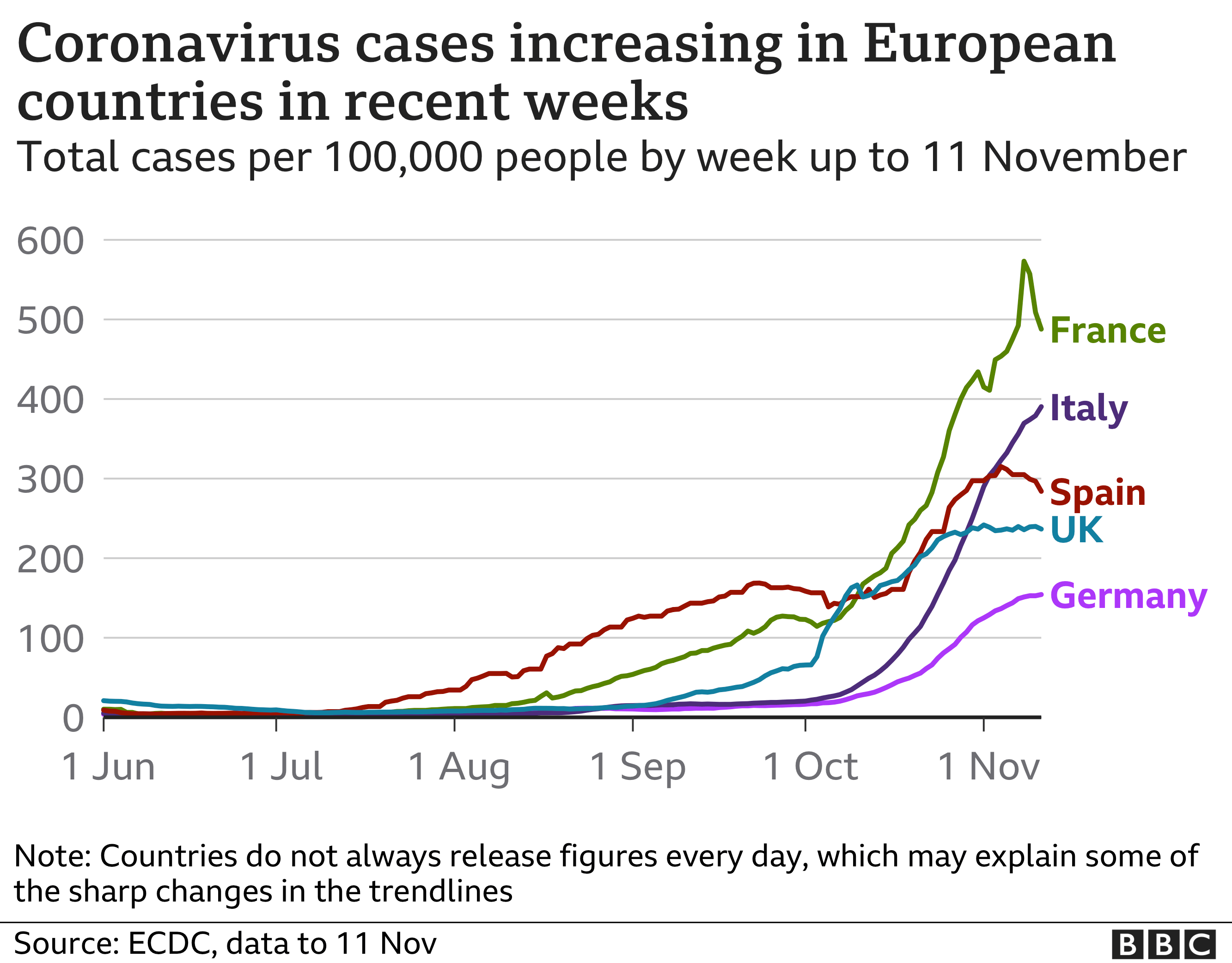 Publishedduration1 hour agoimage copyrightGetty Imagesimage captionSwedish authorities have said people should prepare for travel restrictionsA number of European countries have warned that it is too early to plan for Christmas travel, as coronavirus cases continue to rise across the continent.In Sweden, people have been told to prepare for possible travel restrictions during the holiday period.Meanwhile…

A number of European countries have warned that it is too early to plan for Christmas travel, as coronavirus cases continue to rise across the continent.

In Sweden, people have been told to prepare for possible travel restrictions during the holiday period.

Meanwhile Irish and French authorities said it was too soon to say if people could make travel arrangements.

With six weeks until the festive season, lockdowns and other measures are in force in several countries.

Portugal has significantly expanded the number of places subject to a night curfew. From Monday, three-quarters of the country will be under the government’s toughest restrictions.

Sweden’s top state epidemiologist Anders Tegnell told citizens to prepare for the possibility of restricted travel between different areas during the Christmas period so that regional healthcare services could avoid becoming overwhelmed.

A provisional decision would likely be made in a week or two, he said, adding that Swedes needed to be prepared that things could still change “right before Christmas”.

Mr Tegnell also said “the large bulk” of new Covid-19 cases were currently coming from private parties. He said he hoped a ban on serving alcohol in pubs and bars after 22:00, die to start next weekend, would not lead to a rise in private social gatherings.

Meanwhile, Irish Deputy Prime Minister Leo Varadkar said he would not yet advise Irish citizens living abroad to book flights home, adding that it was “too soon” to give such advice.

A similar sentiment was shared by French Prime Minister Jean Castex, who said it was “too early” to say whether citizens could buy train tickets to travel at Christmas.

He added that there would be no easing of lockdown restrictions for at least two weeks. “It would be irresponsible to soften the lockdown now,” he told a news conference, “the gains are fragile.”

Under the lockdown restrictions, people in France can only leave their homes to go to work if they cannot work from home, to buy essential goods, seek medical help or to exercise for one hour a day. All non-essential shops, restaurants and bars are shut, but schools and creches remain open.

Mr Castex added that some shops may be allowed to reopen from 1 December, depending on case numbers. But he said bars and restaurants must remain closed.

France is grappling with a sharp rise in cases, with more than 1.9 million confirmed infections, according to a tally by Johns Hopkins University.

But the daily number of new infections was over 2,500 lower than Wednesday, and France’s seven-day moving average was down for a fifth day in a row.

In Italy, much of the country is in lockdown, but there are calls for stricter measures as the numbers of infections and deaths continue to grow. Regional Affairs Minister Francesco Boccia said people should celebrate Christmas only with close family members.