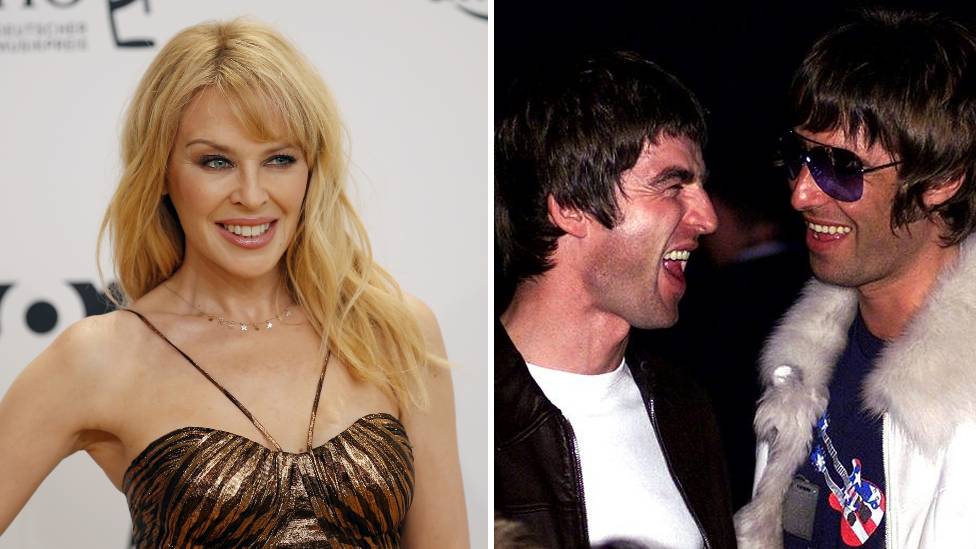 Publishedduration1 hour agoimage copyrightReuters/PAimage captionKylie Minogue and the Gallaghers: They should be so luckyA Kylie cover of an Oasis classic and a film about lockdown life will be among the highlights of this year’s socially-distanced 40th anniversary Children In Need, broadcast on Friday evening.The BBC’s annual charity appeal show returns for its big 4-0 with…

A Kylie cover of an Oasis classic and a film about lockdown life will be among the highlights of this year’s socially-distanced 40th anniversary Children In Need, broadcast on Friday evening.

The BBC’s annual charity appeal show returns for its big 4-0 with a flock of familiar faces.

It will be hosted live in a London studio by Mel Giedroyc, alongside Alex Scott, Chris Ramsey and Stephen Mangan.

They will come together to help raise money for disadvantaged UK children.

Ahead of the live BBC One programme, a star-studded line-up of singers and musicians – including the aforementioned Kylie, Bryan Adams, Cher and Nile Rodgers – released their charity cover of the Oasis track, Stop Crying Your Heart Out.

Their version of the Britpop legends’ 2006 hit, which also features Gregory Porter, Lenny Kravitz and Paloma Faith, got its first airing on The Zoe Ball Breakfast Show on Radio 2 on Friday morning.

‘More poignant than ever’

“Children in Need is such a special charity and so loved by everyone, including me,” said Australian pop star Kylie.

“It was a privilege to take part in this recording with so many amazing artists.”

“This year it feels even more poignant than ever, and I hope we can all come together to raise as much as possible” she added.

This year sees the return of presenter Giedroyc, who joked that Children in Need “is now older than me, I can’t believe it!”

“It is an absolute honour for me to join the rest of the gang hosting a heart-warming, fabulous, surprising and entertaining show – it’s going to be blooming brilliant and a dazzingly delightful night of top telly!” added the Mel and Sue star, and former Bake Off host.

Elsewhere, fitness guru Joe Wicks will be aiming to complete his 24-hour workout challenge, which began on Thursday morning.

Putting in a similarly epic fundraising shift will be former The One Show Matt Baker with the Rickshaw Challenge.

The feature follows research commissioned by the charity, which found that 94% of children and young people have had cause to feel worried, sad or anxious in the last six months.

“The current pandemic has affected all of our lives, but some families have additional and complex needs and challenges outside of Covid-19,” said Willis.

“Being part of this documentary, I was able to see just how vital BBC Children in Need’s funds are to families across the UK in times of crisis

“People are facing incredibly challenging times, but I hope the public tune in and donate if they can to a much-needed cause.”

There will also be appearances by the 2020 Strictly Come Dancing cast, Beverley Knight, and Shawn Mendes; as well as the cast of West End musical Six.

Comedy sketches will come courtesy of the stars of King Gary and The Goes Wrong Show.