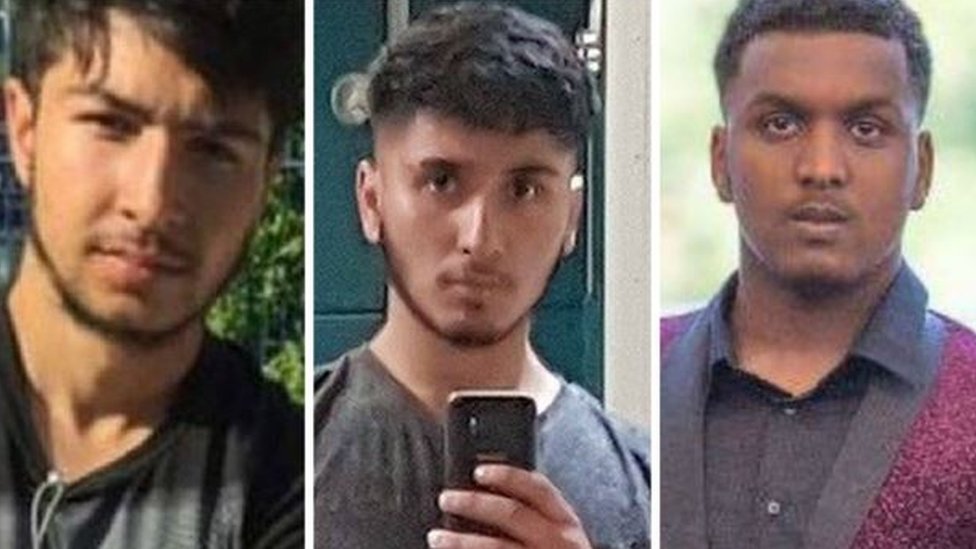 When Sidali Mohamed left his maths lesson a few minutes early on 13 February last year, he seemed happy. The 16-year-old was going to pick up his younger brother.

It was a journey he didn’t get to complete.

Sidali was murdered outside the gates of his college by a boy the same age as him.

He was the first of three Birmingham teenagers who were stabbed within 12 days of each other last February. They died within 10 days of one another.

Our aim was to dig into the detail to understand why homicide had increased in the previous three years.

We discovered a high number of stabbings and the prevalence of young murder victims and perpetrators.

Nearly a quarter of the 100 people we identified as responsible for the killings were teenagers.

The three Birmingham murders led the local police chief to talk of a “national knife crime emergency” and once again highlighted the problem of serious youth violence.

And this week, a report by the Commons Justice Committee said violence-against-the-person offences by children have increased by 10% over the last decade.

Sidali Mohamed had been brought to Britain as a young boy by his family as refugees fleeing violence in Somalia.

Despite the heroic efforts of his teachers and medical staff, he died in a Birmingham hospital two days after he was attacked.

He had been studying to become an accountant and was described by his parents as “a role model to his younger brothers”.

A trial heard how he blamed Sidali for problems his cousin was having with some students at Joseph Chamberlain College in Highgate, Birmingham.

Wearing a balaclava and gloves and carrying a 10-inch, two-pronged zombie knife he had bought for £50 on Instagram, Ali waited outside the college gates.

CCTV captured what happened next. He punched Sidali, fracturing his jaw.

Following a tussle on the grass, Ali plunged the knife into Sidali’s chest.

The attack, witnessed by dozens of students, was over within a minute.

Like the boy whose life he claimed, Ali had also shown great potential.

He represented England as an amateur junior boxer.

Someone who knew him at his local gym but did not want to be identified told the BBC he “could have gone far in the boxing world”.

“The young lads and girls looked up to him.”

But Ali couldn’t contain violence to the ring.

As his life spiralled out of control, he picked up convictions for robbery and battery.

A video circulated on social media showed him assaulting a girl in a fast-food restaurant.

In another he boasted of being the “blood-clot boxer”.

At the time of the murder he was on police bail following a serious incident when he almost killed his neighbour, Russ Molloy.

Mr Molloy had challenged the teenager after he saw him and some friends smoking cannabis near young children.

After that, “when our paths crossed he would intimidate me,” Mr Molloy told the BBC.

“I was always trying to be the grown-up and defuse it – he was just a kid.

“But he didn’t listen. He was uneducated. It’s the influences he had around him.”

In December 2018, Ali and another man launched a ferocious assault on Mr Molloy, cornering him near his home and slicing his arm with a long knife.

“It could have been me [who was killed], so I count myself lucky,” Mr Molloy said. But he is angry that Ali wasn’t placed in custody while the case was investigated.

Instead, less than two months later, he killed Sidali Mohamed.

Mr Molloy can forgive Ali for attacking him, but says: “I don’t think anyone else can forgive for taking a life. That’s a step beyond my forgiveness.”

Within five days of Sidali’s murder another 16-year-old Birmingham boy was murdered.

Abdullah Muhammad was strolling in a park before attending prayers at his mosque when he was stabbed three times during a robbery.

Three men have since been sentenced for the “horrific” and “unprovoked” attack.

Abdullah’s father paid tribute in court to his son, saying: “He was a loving, respectable and hard-working young man who would always look out for and always help his brothers and sisters, who clearly looked up to him in admiration.”

The following week, yet another college student, Hazrat Umar, 18, was fatally stabbed in the city.

His life was “extinguished over a petty disagreement”, a court was told.

Hazrat was walking to the gym when he was set upon by Adam Muhammed, a fellow student two years younger than him.

The pair had had a row earlier and Muhammed skipped an exam to exact his revenge.

He repeatedly plunged a huge blade into his victim, stamped on him and left him to die in the street.

Muhammad admitted murder and was sentenced to life, with a minimum term of 14 years and three months.

Hazrat’s uncle is Nazir Afzal, former chief prosecutor in the north west of England, who said: “Hazrat was one of those people who quite frankly warmed a room when he walked in. He was cheerful, joyful. He was absolutely adored by his own family and extended family.”

“My family’s grief is repeated, as your survey has found, dozens and dozens of times every year,” said Mr Afzal in reference to the BBC’s 100 killings research.

We also discovered the number of teenage homicide suspects has risen to a five-year high.

That’s according to figures obtained from freedom of information requests across 22 police force areas.

Whilst the numbers fluctuate over time, recent incidents have led the government to push for longer prison terms for teenage killers.

Despite his grief, Nazir Afzal says this is not the answer.

“Punish them. Yes, try to deter other people. But also at the back of the judge’s mind must be the view that this person can still make a contribution to society once they are finally released.”