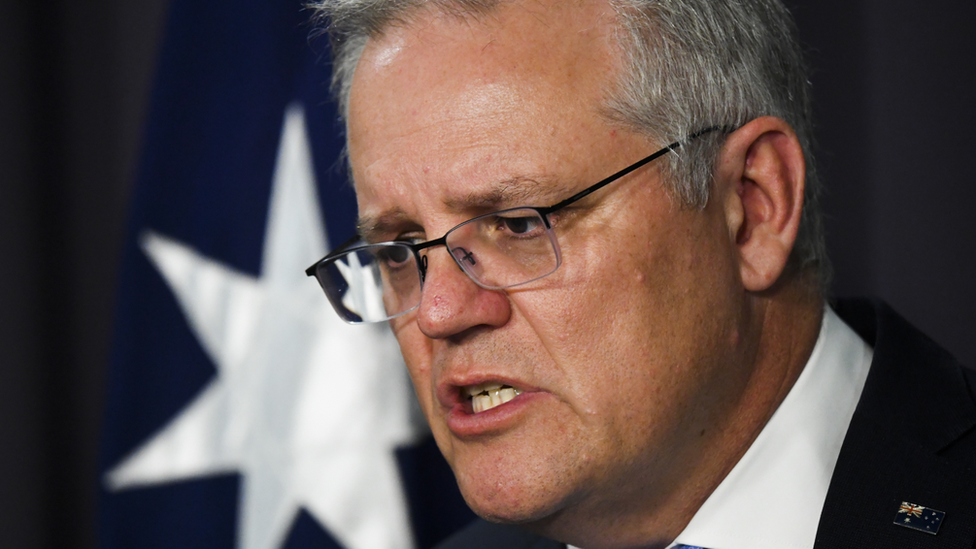 Publishedduration2 hours agoimage copyrightEPAimage captionPrime Minister Scott Morrison says a new office will consider prosecutionsAustralia says it will appoint a special investigator to consider prosecutions over alleged war crimes by its soldiers in Afghanistan.In recent years, reports have emerged alleging unlawful killings of civilians and prisoners by Australian soldiers.A report into findings from a four-year…

Australia says it will appoint a special investigator to consider prosecutions over alleged war crimes by its soldiers in Afghanistan.

In recent years, reports have emerged alleging unlawful killings of civilians and prisoners by Australian soldiers.

A report into findings from a four-year military inquiry will be published next week.

“There is a significant number of incidents or issues to be investigated further and that investigation will be inherently complex,” he said on Thursday.

Mr Morrison said the office of the special investigator would have powers to examine the Australian Defence Force (ADF) report and nominate cases for criminal prosecution.

Since 2016, the ADF has held a closed-door inquiry into misconduct allegations linked to its elite soldier units serving in Afghanistan.

Last week it was revealed the inquiry had investigated 55 incidents between 2005 and 2016, and heard evidence from 336 witnesses.

While the majority of the allegations remain unknown, Australian media outlets have previously published alleged details of some cases.

These include accusations of unlawful killings of Afghan civilians and mistreatment of prisoners of war.

Mr Morrison said the report had been handed to the government last week.

On Thursday, he defended Australia’s military personnel overall, but said there had been serious cases where “expectations and standards may not have been met”.

He suggested that the report had uncovered serious problems within the ADF, and announced that a new panel would oversee a transformation of its culture.

Defence Minister Linda Reynolds said the independent oversight panel would provide “accountability and transparency that sits outside of the ADF chain of command and outside of government”.

Australia maintains an operation of around 400 soldiers in Afghanistan as part ongoing peacekeeping efforts with the US and other allies.